The wait is almost over; Nationals’ Spring Training camp opens in 7 days 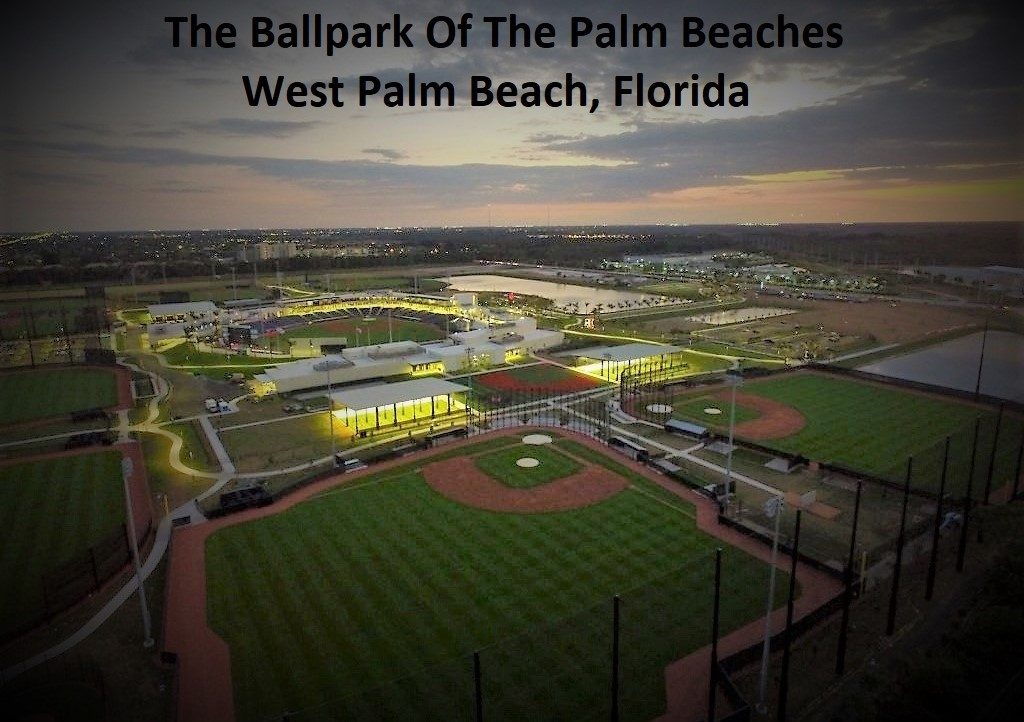 Spring Training 2018 officially opens one week from today as pitchers and catchers arrive at the Washington Nationals spring training facility at The Ballpark of the Palm Beaches in West Palm Beach, Florida.

If you look at that photo (above) for a long time and close your eyes — allow your senses to takeover and imagine the smell of freshly cut Celebration Bermuda grass, popcorn popping, hot dogs grilling, and the glorious sounds of wood bats barreling up those lily-white Rawlings baseballs and newly broken-in gloves popping. If you want to further those senses, today would be a great day to purchase a new leather Rawlings Bryce Harper glove to smell that new spring leather which is all a “bene“ if you are a pro player experiencing the rite of Spring. 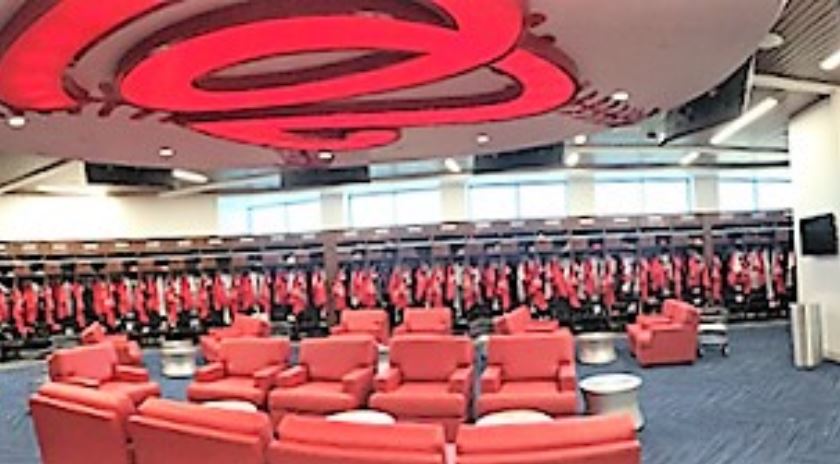 That rite of Spring for the star players means new equipment and swag for 2018. Clubhouse manager Mike “Wally” Wallace has already stocked the lockers for each 40-man roster player as well as the non-roster invitees. Wally has also kept some lockers open just in case general manager Mike Rizzo signs some more players for his newly minted Nationals manager Dave Martinez who will fly to West Palm Beach on Thursday as he will start welcoming the early arrivals on Friday at The Ballpark of the Palm Beaches.

There is little guesswork in the roster this year except the bullpen unless a surprise move is made prior to Opening Day. Mike Rizzo has already told us that Pedro Severino is the bench catcher and A.J. Cole is his 5th starter. There is some uncertainty with the health of Daniel Murphy‘s knee rehab which could lead to an additional roster move, and if he is on the roster — we will know every roster spot except for the last couple of spots in the bullpen.

With so little guesswork on the roster formation, there should be little drama, right? Sure (insert sarcasm). The microphones will follow Bryce Harper and expect Bryce will be firm on his first day to the assembled journalists about his future — he has been doing a great job not adding to the drama as he has said over and over that he is concentrating on the 2018 season. It is the media pushing this over, and over, and over. We have made a conscious effort so far to not add to that circus and be the clowns pining for the clicks. Anyway, if you listen to Mike Rizzo, he could tell you his thoughts on it.

“I think Harp likes it [with the Washington Nationals], wants to be here, but each individual case is different and unique and we have to take it at face value,” Rizzo said. “But suffice it to say, he loves Washington, D.C. and he loves it here. It’s his second home. And, hey, we’ve got as good a chance as anybody to sign him.”

Other than that, sit back, close your eyes and do some daydreaming about baseball. If that doesn’t do it for you, watch some MASN Nationals Classics on your television. If that doesn’t do it for you, we will continue our discussions of “what if” for additional roster moves and who, what, and where. That is what the off-season is all about as we transition into our annual Hope Springs Eternal as I have written about even before TalkNats.

Before 2012, every Nationals season was based on hoping that the team would be good. Now we know this team is good, and the debating points are much fewer. That is good — which is why there is little need for drama. Hope Springs Eternal.