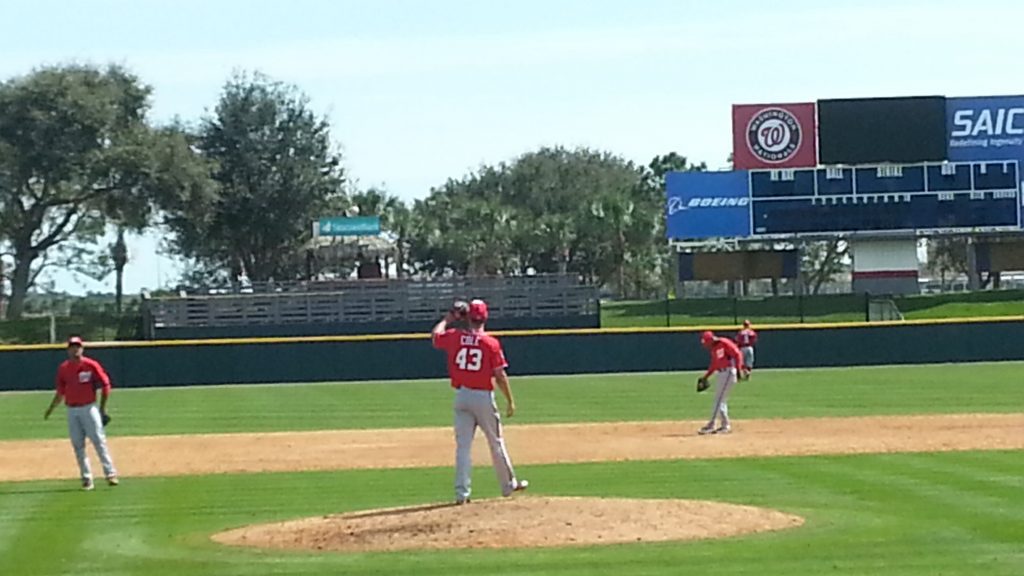 During this off-season, Mike Rizzo has signed veteran starting pitchers like Tommy Milone and Edwin Jackson. On Saturday, Mike Rizzo broke news by naming A.J. Cole as his 5th starter. Has Mike Rizzo just signaled to those veteran pitchers he signed to Minor League deals plus Erick Fedde that they are just competing for 6th man depth? The plan is to also add back Joe Ross after the All-Star break as additional depth as he returns from UCL surgery on his right elbow.

“We’re used to in this organization having one of the best rotations in the game,” Mike Rizzo said on Saturday at the Nationals’ Hot Stove event. “That isn’t going to change. We have Scherzer, Stras, Gio and Roark. Our number five starter, you know, is A.J. Cole which I’m really looking forward to seeing where he’s at this year. If you look at his numbers last year, his last seven starts were outstanding. He pitched in eleven games last year in the big leagues with eight starts and had a 3.81 ERA… Look at the other teams in our division. See where that ERA ranks on those other staffs. Probably in the top three or four in all of those other staffs. We are looking for great things for him. We have Erick Fedde, and Wil Crowe and Seth Romero down in the farm system.”

The statistics given by Mike Rizzo regarding Cole is encouraging. From innings one-to-four, A.J. Cole has a 2.97 ERA, but then his ERA jumps to 9.00 in the 5th inning. All of these stats are based on small sample sizes. Cole only had eight MLB starts in 2017 and in six of those games made it into the 6th inning. There were no games in which Cole made it past the 6th inning. He must go deeper into games to be a viable starting pitcher for Dave Martinez‘s 2018 rotation. If you’re an optimist, you have to be encouraged by the underlying positive stats. Fans should hope that Cole can improve once he enters the 5th inning and beyond. Cole has struggled when his pitch-count has climbed over 80 pitches.

Earlier, we wrote that Cole packed ten extra pounds onto his frame. The Nationals last year listed Cole at 6’5″ and 215 pounds leading us to expect Cole will weigh-in near 225 pounds this year, but inside word is the scale will really tip closer to 235 pounds as the 215 pounds last year was not accurate. 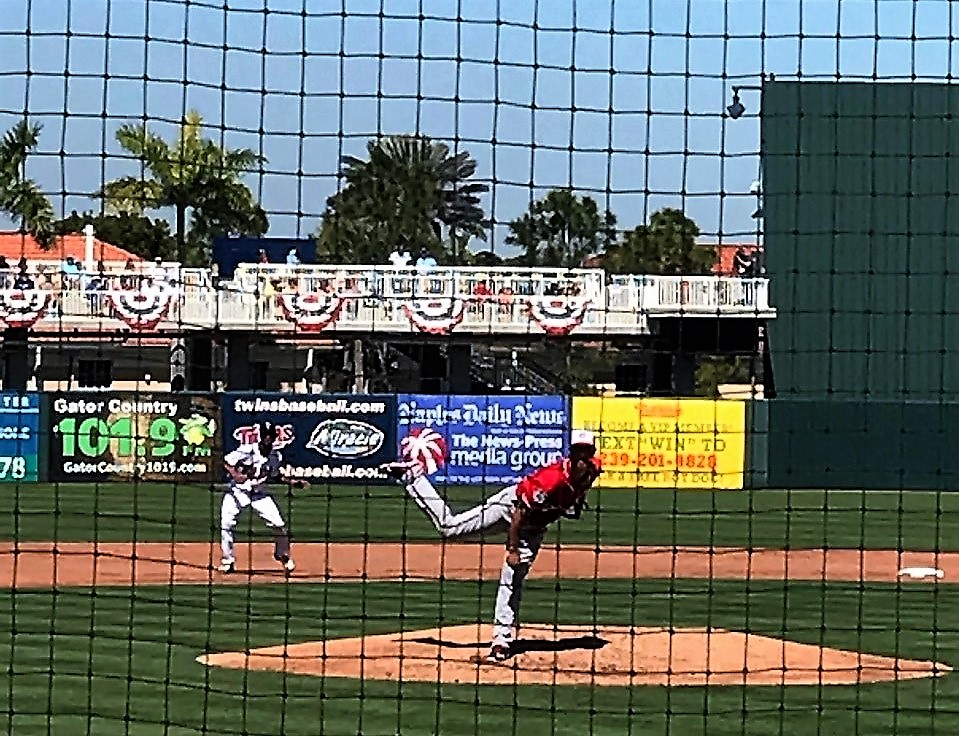 There have been times that A.J. Cole has looked like a budding star in his career with a memorable highlight game when he beat Noah Syndergaard in 2016. Other times he has pitched well only to tire out in the fifth or sixth innings. Cole never made it into the 7th inning to record an out in 2017, and that is what needs to improve.

Nationals’ fans are nervous for obvious reasons as they felt burnt with Ross Detwiler who had a similar frame as Cole. When Detwiler last played, his weight was listed at 210 pounds and had stamina issues. The hope here is that the Nats’ 26-year-old who has worked hard this off-season to add on lower body girth is ready to compete. You could almost say it is Cole’s job to lose. There are some conspiracy theories that have been offered up like this tweet from @HalfStreetHeart on Twitter:

Rizzo working Jedi mind tricks about AJ Cole while negotiating down the price of the current free agent who will actually be the 5th starter.

Cole throws the Jordan Zimmermann repertoire of 4-seam fastball, slider and curveball plus a changeup that is always “under construction”. Four years ago, Cole’s changeup was his best pitch. Since the beginning of 2016, the changeup has been A.J.’s worst pitch. The opposition hits it at a .348 batting average and a .565 slugging — that won’t cut it — but the encouraging news is Cole went back to his 2014 “self” and spent hours this off-season watching himself throwing the changeup. That video led him to retool his changeup this off-season. He has been working tirelessly at his craft, and Nats fans should respect any player who works so hard to improve.

This information we have given you is the same information that Mike Rizzo and Davey Martinez have which is why they are so bullish on A.J. Cole and for the doubters — give A.J. Cole a chance.

This entry was posted in AJCole, Analysis. Bookmark the permalink.
← Previous Article | Next Article →