PECOTA, FanGraphs, and Las Vegas all project the Nationals to win the NL East 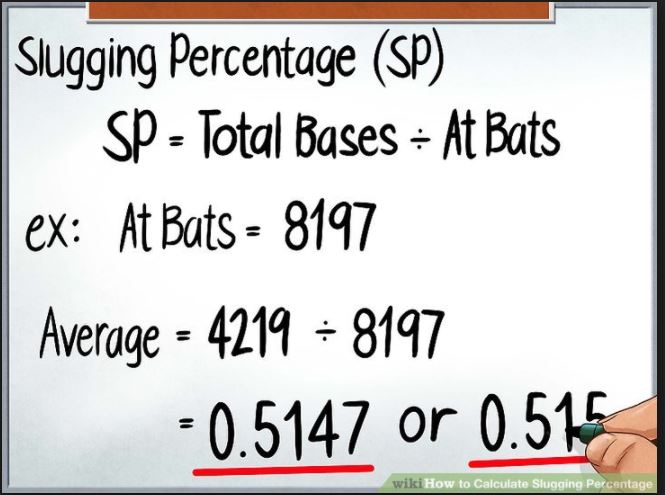 Houston, we have a problem. There are over 100 free agents still available with about 28 to 42 of those players who could move the projections (shown below) that have been compiled by Baseball Prospectus and FanGraphs.

We have to recognize that available players, once signed, like J.D. Martinez, Eric Hosmer, Jake Arrieta, and Yu Darvish are some of the players who will improve any team’s projections from one-to-five wins. For instance, if Yu Darvish who is projected as a +3.6 fWAR replaces Mike Montgomery in the Cubs starting rotation — the Cubs pick-up exactly +2.0 wins above Montgomery’s replacement and probably more as Montgomery could replace a bullpen arm but also Eddie Butler and Luke Farrell as the 6th and 7th starters.

The PECOTA (Player Empirical Comparison and Optimization Test Algorithm) was created by Baseball Prospectus’ Nate Silver back in 2002. The algorithm was named after a bench player named Bill Pecota. PECOTA is a Sabermetric statistic that is widely used alongside FanGraphs to estimate wins and losses and player stats.  Here is the link to the PECOTA charts on the Baseball Prospectus, and their charts are below:

You will notice the Baseball Prospectus PECOTA pWAR has Matt Wieters, Ryan Zimmerman, Raudy Read, and Pedro Severino at negative WAR projections. The Zimmerman projection in particular is based on major regression. How quickly things change as Read was suspended today for 80-games due to a PED violation. This should not have any effect on the overall numbers as Read was a negative.

Those catcher’s projections will have you salivating for J.T. Realmuto who is projected at a VORP of +23.3 and a pWAR of +2.1. You can figure that Realmuto would take away playing time from Wieters, Severino and Read giving the Nats a net +2.5 to +2.7 additional wins most likely. In fairness, using the FanGraph projections, Realmuto adds about +2.2 additional wins. 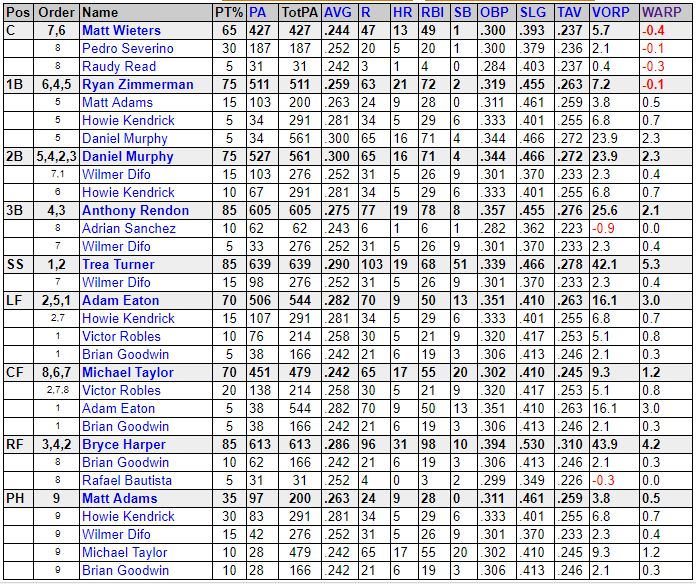 The PECOTA on the pitchers also has some debatable projections. While you could rationalize the negative -0.4 on Shawn Kelley, the -0.1 on Brandon Kintzler seems harsh. On top of that, Koda Glover is also being shown as a -0.1 negative. 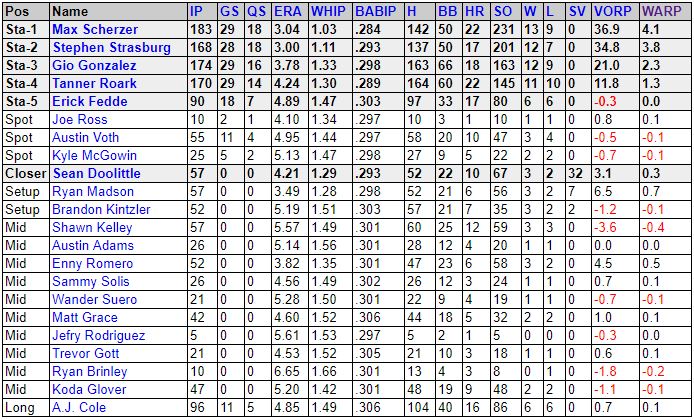 Compare that to the FanGraphs charts: 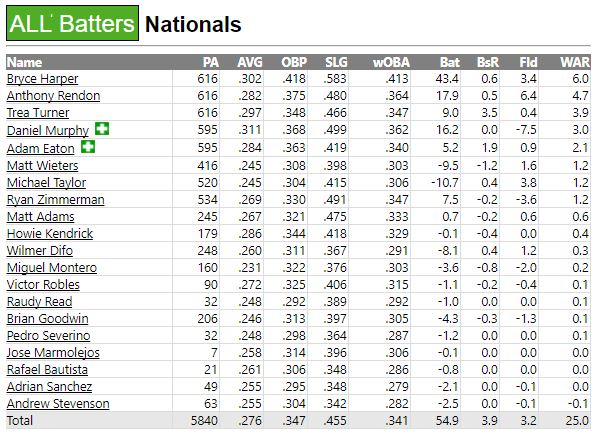 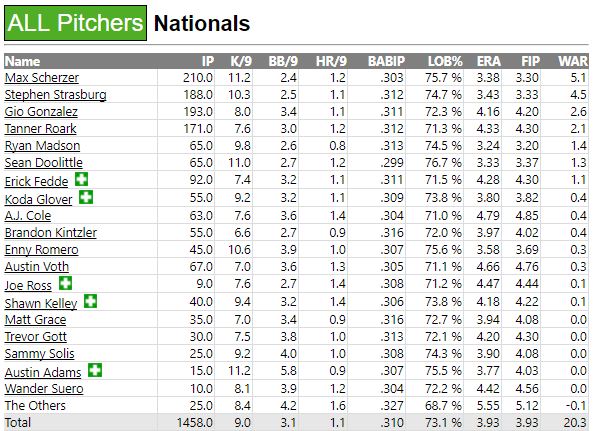 These charts are projections and estimations, and there are a myriad of factors that will change these versus reality. When the season is complete, it is always fun to compare like Ryan Zimmerman who had a final 2017 fWAR of +3.3 versus the +0.9 they projected. Below is the 2017 FanGraphs pre-season chart:

This entry was posted in Analysis, Sabermetrics. Bookmark the permalink.
← Previous Article | Next Article →