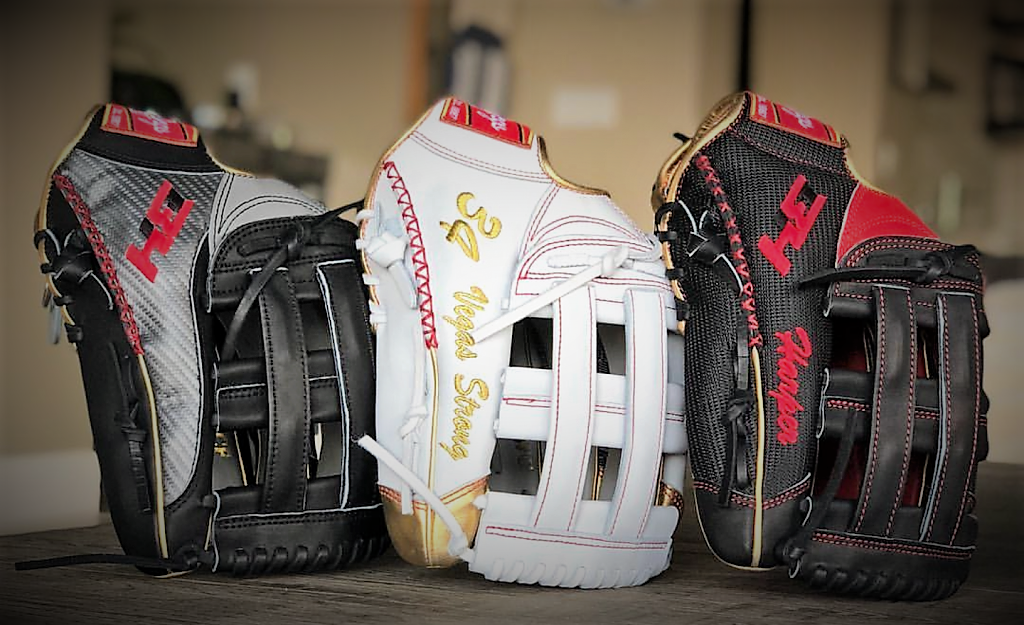 Every off-season, fans of Bryce Harper have begun to enjoy the unveiling of his new swag for the coming season. Some get giddy waiting for sneak peaks of his new Rawlings gloves, his Under Armour spikes, his Chandler and Victus bats, his New Era caps, his Under Armour batting gloves, and even his socks. In baseball fashion, there is no equal to Bryce Harper although his teammate, Victor Robles, seemed to follow Bryce’s lead with his own customized gear. Bryce was an original with his bespoke look on-the-field where looking good is feeling good for this young man as he showed off his flair for design and his acumen for creativity.

“I got my first Rawlings glove when I was about in 7th grade when my dad took his bonus from work and bought me a Rawlings glove,” Bryce Harper recalled. “It was the prettiest glove I had ever seen. That was one of the best days…”

“I try to be different as much as I can on the field,” Bryce Harper said about his on-the-field swag. “I try to have stuff that nobody else does. With my batting gloves and my cleats and my arm sleeves, wristbands and things like that, Under Armour and all the other companies do a great job for me.”

This week we got a look at the 3 Rawlings custom gloves that Pablo Medina of Surpreme Gloves created for Bryce on his Rawlings specialized software. There was a lot of personal collaboration between Bryce and Pablo to get these gloves to exactly what the MVP wanted.

These gloves were so specialized that they melded different materials like leather with mesh and leather with ZebraKnit which is a first for a pro glove (see below). These gloves are one-of-a-kind designs. 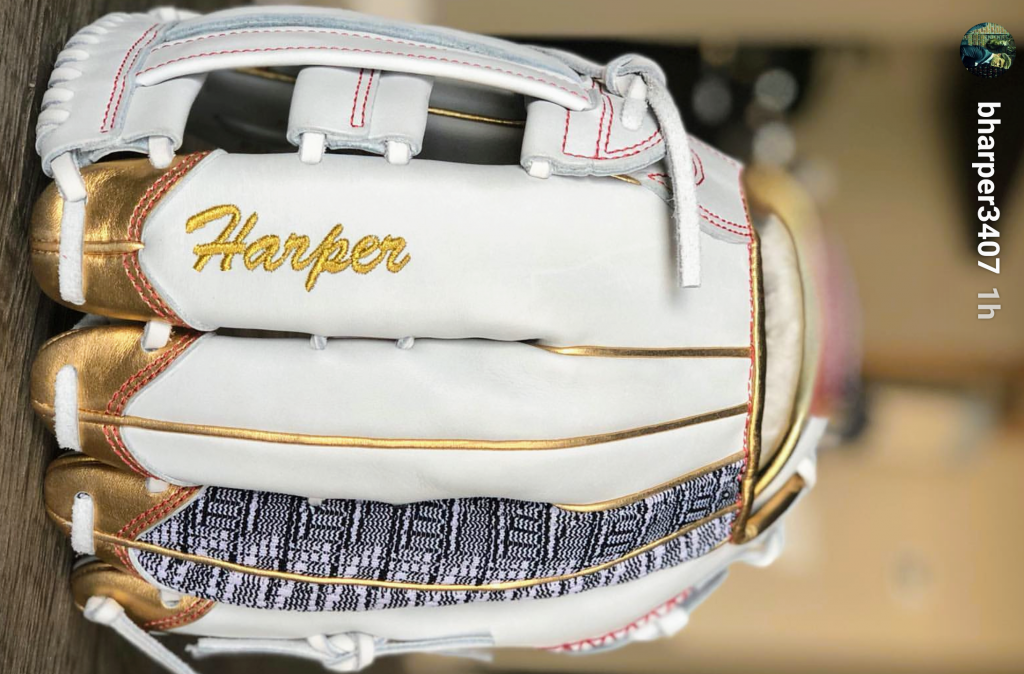 “Bryce found me on social media and DM’d me,” Medina told me. “We started to talk, and I definitely bounced a lot of ideas off of Bryce. He didn’t change a whole lot.”

Customization with creative design has become the rage for athletes as we saw prominently displayed at the Player’s Weekend last season when players wore nickname jerseys, used custom painted bats, and painted cleats. Recently, Rawlings set up a “glove summit” where they had a special few invitees come to Rawlings headquarters in St. Louis and see the process and toss around ideas for the future of fielding gloves.

“Oh man, I’d say including the mock-ups and all — easily the design process for each glove was 8-to-12 hours each,” Medina said. “That is beginning to end.”

That is just the design time then you have the actual time from the multiple people involved in crafting the gloves that will take several more hours. It is a laborious process and Rawlings and Medina spent hours getting every detail exact to the vision. 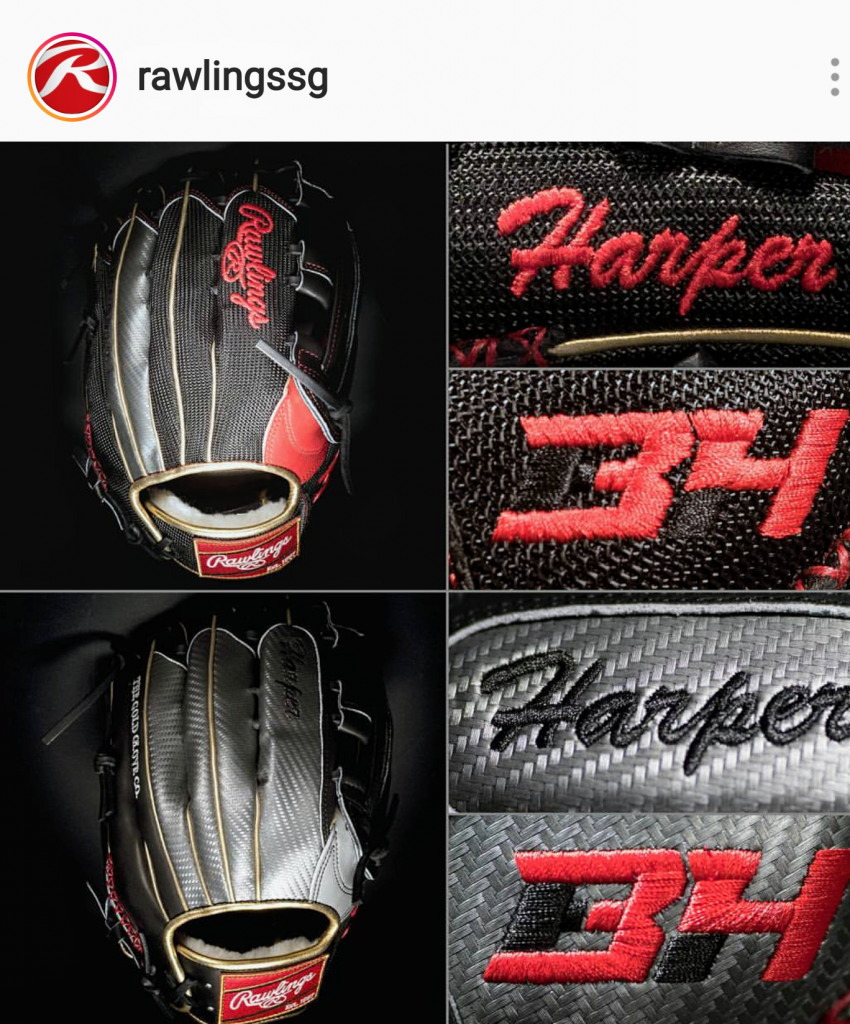 It will almost be a shame when these gloves get used in a game and get dirt on them. They are  works of art that look like they should be on display. There was a time about 50-years ago when Rawlings made a dual Brooks Robinson / Roberto Clemente glove in red, white and blue that was almost futuristic, but did not become the norm for gloves which took decades to evolve from that point to what we have had for a few years with Rawlings consumer customizer so anyone can design their own baseball or softball glove that looks like the pros. What Pablo Medina does is take this to the next level.

Lindsey Naber, Director of Marketing for Rawlings Sporting Goods, has been a forward thinker in how baseball fielding gloves are evolving in the future. These Harper gloves are a great example of baseball glove functionality meeting glove couture.

“[The younger players] now are different,” Naber said.  “They want something flashy that helps them stand-out but also get the job done on the field. We needed to step-out of our proverbial box to resonate with them.”

Ryan Farrar is the Senior of Director of Gloves at Rawlings Sporting Goods, and let’s just say gloves are his game. Between Lindsey and Ryan, they are working towards the future of glove making.

We did a conference call with both Lindsey Naber and Ryan Farrar of Rawlings and learned a lot about the future of gloves as well as the past. Rawlings started their consumer glove customization program in 2012 on the Rawlings website. They were in the forefront then and have stepped into new ground with the “Glove Summit” as they brought in a diverse group to discuss the future of fielding gloves. Rawlings gets it, and they listen to their customers which is why they will be coming out soon with a retail line of gloves featuring Bryce Harper and 6 other Major League stars.

One of my questions was if there would be a way to get a Trea Turner model Rawlings glove to his exact specifications in the future, and we were told that is something that could be possible in the future  or you can go to the What Pros Wear site and try to use the specs they have on their site to replicate Trea’s glove.

“It’s been an evolution,” Naber said. “We’re looking to add more and more changes. I think the collaboration with Bryce is going to be a litmus test for people to see what kind of feedback we get and then what our next steps will be to offer it to the masses.”

Rawlings does not want to be dictating what people should be getting rather it should be the other way around, and as long as people give enough lead time for the 4 to 6 weeks to get their gloves made on the customization website they can do just that. If the consumer needs a glove sooner than later, they can hopefully find an in-stock glove they want online or at a sports store.

“Educating these young athletes [on their fielding gloves] on what glove they need to perform the best they can at their position,” Farrar said is a top priority.

There is a glove university series on social media that Rawlings has put out there to educate fans on fielding gloves. We talked about so much in this interview that we will have a Part II for this. 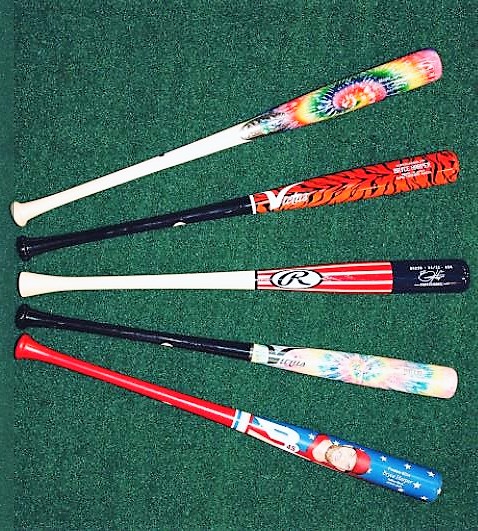 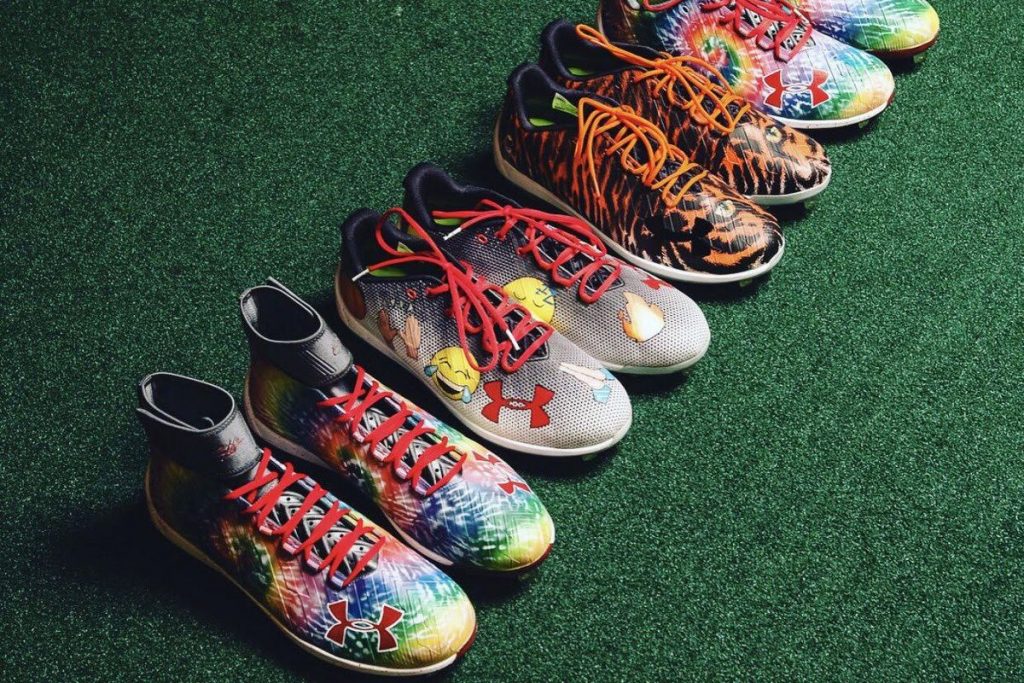 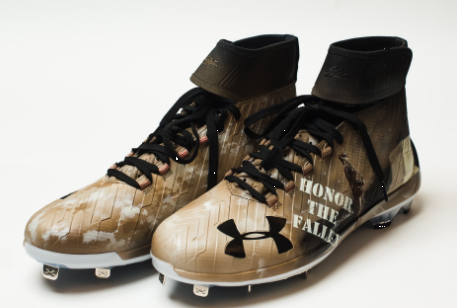 While Bryce Harper is certainly winning on-the-field, his sense of style and fashion can be seen all the time with his off-the-field attire also. His favorite store no doubt is Stitched XXXX of Las Vegas that also opened another store conveniently near Nats Park in the new MGM hotel/casino in National Harbor, Maryland. That store is now the go-to for Nats TV analyst F.P. Santangelo who also has a great eye for fashion as well as other Washingtonians who desire something bespoke in men’s haberdashery.

“Stitched is great,” Bryce Harper said. “To be able to go there and sit down and go through fabrics, it’s a lot of fun. In the off-season I love going in and picking out the suits I want to wear … for the season. I want to be different. I don’t want to show up with the same suits as everyone else. I want to show up and have everyone else be like, ‘Wow, where did you get your suit from? Who made that for you?’”

The fact that Bryce collaborates with the designers on his baseball equipment is no surprise. Harper as we learned has also used his equipment for charitable purposes and awareness even though sometimes the origins seem mysterious like the infamous Deuce Noblitt bat that he used during his rookie season that was a holy grail item to game used collectors. 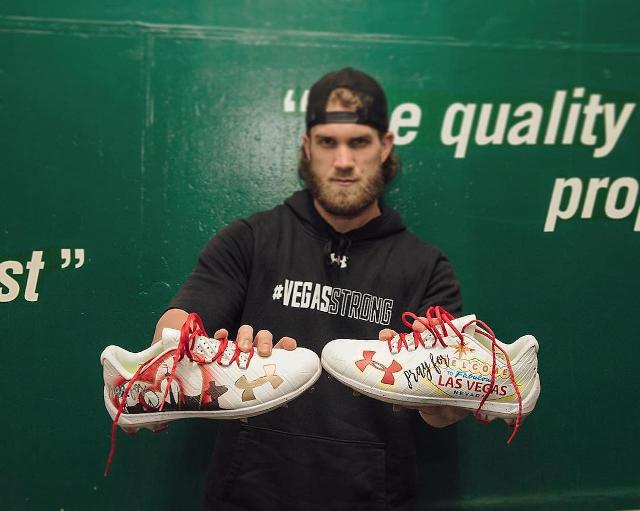 Last year after the Las Vegas massacre shootings, Bryce Harper immediately had gear designed and started raising money for his hometown of Las Vegas. When you put style together with charity, you have a combination for winning on and off the field.