The #Nats shouldn’t let the perfect — be the enemy of the good! 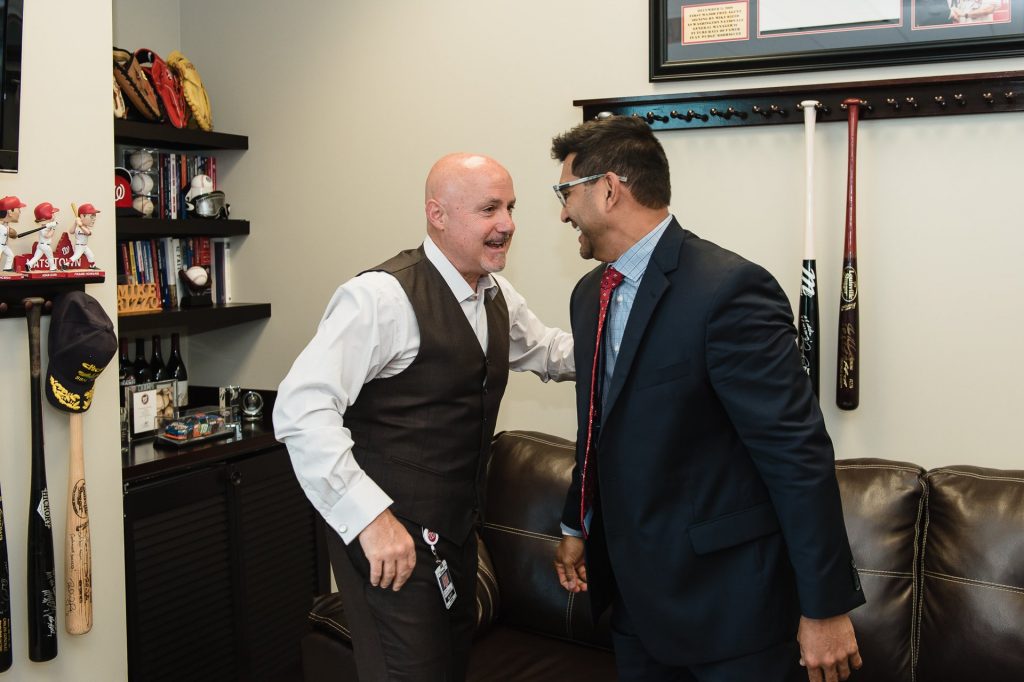 The off-season from hell (although, aren’t they all?) just keeps dragging ever onward. One of the subplots we are obviously very interested in as Washington Nationals fans is whether Mike Rizzo will end up making a trade or two.

It may seem like time is running short this winter, with less than a month between now and the start of spring training, but a lot can happen between now and Opening Day!

This time one year ago, the Nats had yet to sign catcher Matt Wieters, relievers Joe Blanton and Matt Albers, starting pitcher Jeremy Guthrie, utility infielders Stephen Drew and Grant Green, and first baseman/left fielder Adam Lind, and yet to trade for reliever Enny Romero — all players who would suit up for Washington during the season, several of whom would wear the curly W all season long and contribute to the team’s regular-season success. Their roster figured to include the likes of catcher/first baseman Derek Norris, released during spring training, and first baseman/outfielder Clint Robinson, outrighted to the minors before Opening Day.

While Rizzo has said publicly that he is comfortable with the Nats going into the 2018 season with A.J. Cole penciled into the fifth starter spot, Pedro Severino backing up Wieters behind home plate, and Shawn Kelley playing an important role again in the bullpen, we know that Rizzo has a history of saying things like that while working in the background to upgrade his team’s weak spots. We also know he has a history of using the winter to make deals with rival teams. If Opening Day arrives without a trade having been made since the World Series involving Washington, it would be the first off-season in team history in which the Nats didn’t get a deal done.

Much media (and fan) attention has focused on a few big names. The Nats have been connected to the division-rival Miami Marlins as a possible suitor for catcher/first baseman J.T. Realmuto. They’ve also reportedly kicked the tires on Tampa Bay Rays ace Chris Archer and perhaps inquired after Arizona Diamondbacks ace Zack Greinke (for whom Rizzo almost traded in 2010). The problem with all of these players is that they are huge stars, and the teams that own their contractual rights are understandably demanding a lot in return if they decide to trade them.

So, what’s a general manager to do as he tries to build the Nationals team that will finally make a run in the postseason, in what could be his final year with the organization? As hard as it is, Mike Rizzo has to be prepared to move on if the price isn’t right — and find another solution.

Who are some other trade candidates Rizzo could try bringing aboard if he can’t match up on his top targets? 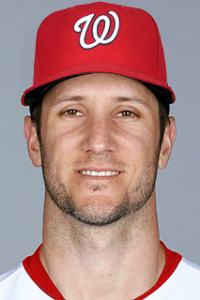 Yan Gomes as a Nat?

TalkNats has already written about the long-shot idea of the Nats trading for Francisco Mejia, one of baseball’s top catching prospects and a near-majors talent ranked along with 20-year-old Nats phenom outfielder Victor Robles in the upper stratosphere of minor league players. Swinging a deal for Mejia, especially without trading away Robles or another cornerstone piece like shortstop Trea Turner or closer Sean Doolittle, would be perfect. But if it’s not possible for Rizzo to shoot the moon and make what could end up being the trade of the decade with the Cleveland Indians, could he instead aim a little lower for what would still represent a meaningful upgrade over Severino or another catcher from the Nats’ organizational depth? Veteran Yan Gomes, along with his backup Roberto Perez, is essentially blocking Mejia at the major league level. Cleveland has too much money committed to Gomes to simply let him go, and he’s under contract through at least the 2019 season. Would the Indians be willing to trade Gomes, clearing the way for the Mejia era, for a modest return from Washington? 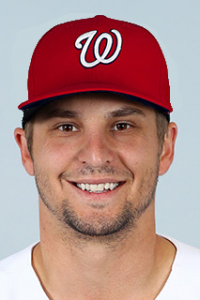 Kendall Graveman as a Nat?

No firm trade rumors have emerged this off-season linking the Nats to their most frequent trade partners, the Oakland Athletics. It’s been suggested, both on TalkNats and elsewhere, that the Nats could try to acquire big left-hander Sean Manaea from Oakland to augment their rotation. But Manaea, although he’s struggled with consistency in the majors, is a former top prospect whom the A’s likely value highly. Odd as it may seem, the quixotic A’s could be more willing to entertain trade talks surrounding their de facto ace (in the absence of Sonny Gray, fenced to the New York Yankees last summer), Kendall Graveman. Aside from looking like he could be Trea Turner’s older brother (they’re from neighboring states, even!), Graveman could be a good fit for the Nats with his hard sinker and fine control. 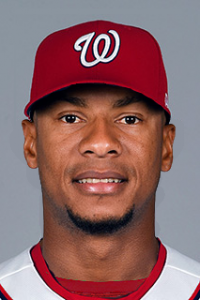 Ariel Miranda as a Nat?

Suppose the market for starting pitchers is so overheated this winter that Rizzo can’t get any traction in trying to make deals for the bigger names. Archer, Greinke, Manaea, Jake Odorizzi, Patrick Corbin, Danny Salazar, Julio Teheran, Dan Straily — none of them are available without giving up someone like Robles, Juan Soto, and/or Carter Kieboom. Well, Rizzo isn’t paid to simply give up. What about making a deal for someone whose 2018 assignment looks unclear — someone like Seattle Mariners lefty Ariel Miranda, a late-developing Cuban import who looks like he could find himself in the bullpen or back in the minors to start the season because of a fairly robust Seattle depth chart? In this scenario, or one like it, Rizzo isn’t picking up a household name to round out the rotation, but he is making a move — albeit somewhat of a risky one — to ensure the Nats have the starting depth to get through a long season.

Beyond these three, there are myriad other prospective trade candidates, including those TalkNats has previously explored. What will Rizzo do? The only surprising move he could make would be to make no moves at all.

This entry was posted in Analysis, MikeRizzo, Roster, Wieters. Bookmark the permalink.
← Previous Article | Next Article →