The article on ‘thin ice’ issues remains in the same status as the Nats enter Spring Training which officially starts in 3 days ending the Hot Stove season, and we move into the phase of hope and new beginnings for these 2016 Washington Nationals. 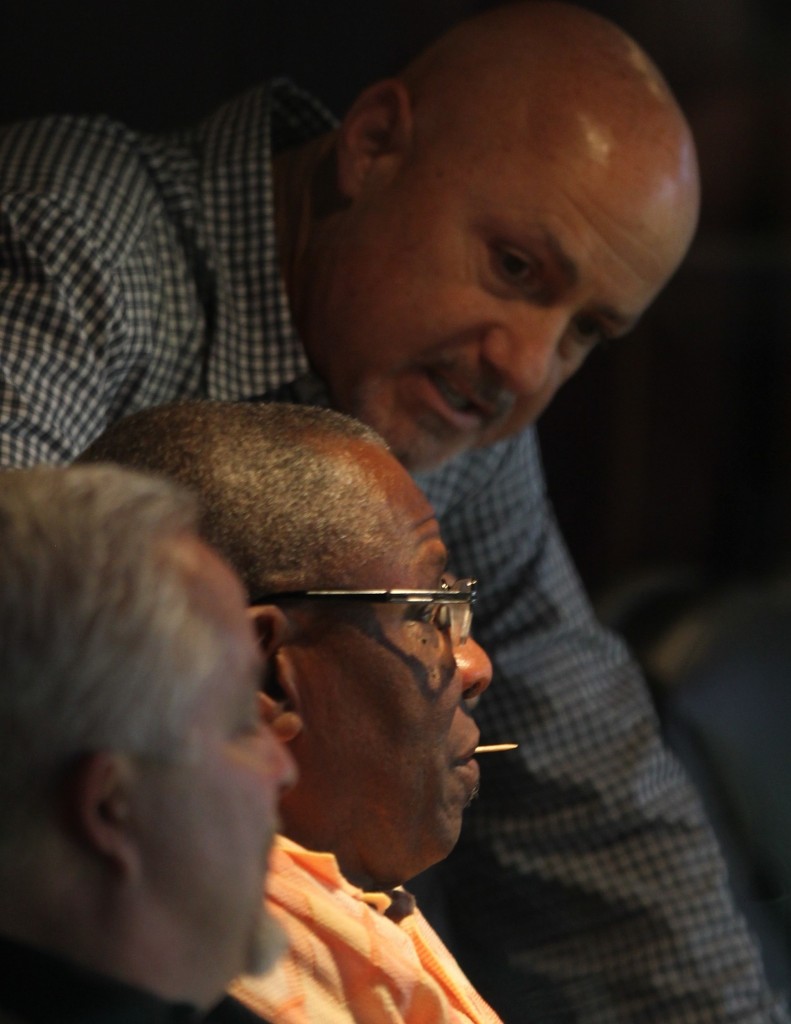 Based on previous comments, the main concerns were health, depth and the back of the bullpen.

NatsLady wrote about the new medical and training staff, “With regard to the new approach to injury prevention and rehab, Rizzo said, “the team lost 1300 player-days to injury in the 2015 season, and the losses were to key players.”  I don’t know how Rizzo calculated, but there are sites that track this, here’s one:  https://www.mangameslost.com/category/mlb/mlb-2015-season.”

2. To address the depth, you have to wonder why Rizzo was rumored to be trying to add an outfielder even after he traded for Ben Revere.  Does Rizzo have concerns about his leftfield depth that is dependent on Jayson Werth having a bounceback season, but also a healthy

Rizzo was “in” on many outfielders in the Hot Stove season if you believe the rumors which had the Nats attached to Jason Heyward, Yoenis Cespedes, Justin Upton, Christian Yelich, Charlie Blackmon, and Carlos Gonzalez.  The Upton and Cespedes rumors surfaced after Revere was acquired.

The Nats never seemed to be tied to free agent Dexter Fowler, and part of the reason could be multi-pronged due to what his salary demands were and his switch-hitting splits being excellent as a right-handed batter and below average as a left-handed batter.  It does beg the question that if Fowler’s salary demands have dropped, do the Nats look to pick him up for that proven depth given Fowler’s excellent right-handed bat and his offense in Nats Park?

3. The back of the bullpen will be given to Jonathan Papelbon unless something drastically changes as he will be the closer, and the set-up men will come from Shawn Kelley, Felipe Rivero, Trevor Gott and Blake Treinen. This group collectively has had its ups and downs and statistically speaking outside of Papelbon, this group has combined for 6 career saves Kelley (4), Rivero (2), Gott (0) and Treinen (0).

The Nats will have free agent Yusmeiro Petit in the front of the bullpen, and Oliver Perez will fill in as the left-handed specialist.

As many have questioned Papelbon’s abilities as closer, we have prepared a graph of his career performance from the past 8 years. FanGraphs is projecting 31 Saves for 2016 versus the 24 Saves that Papelbon recorded in 2015. 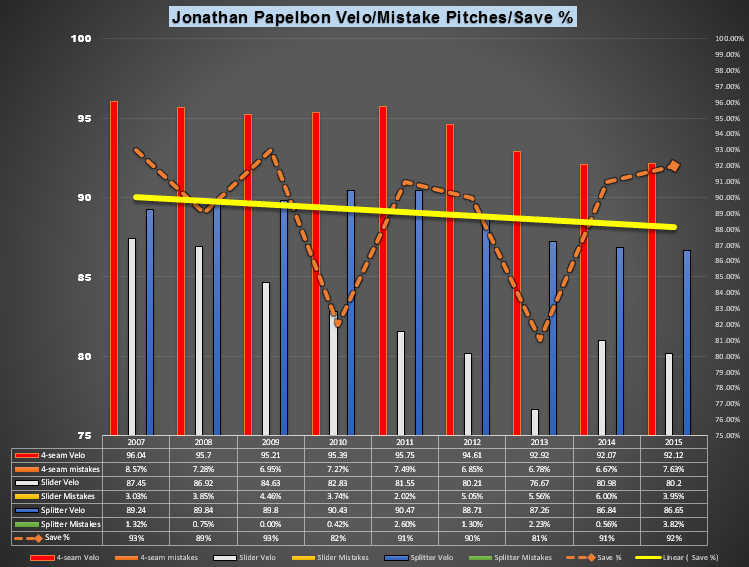 The Nats have released the non-roster invitees to Spring Training, and those are players who are not on the 40-man roster and are on a Minor League roster who Mike Rizzo has invited to be on the same field as the Major League roster players.  The non-roster list currently has 20 players who will compete for a coveted spot on the Nats 2016 Opening Day roster, and the list is headlined by Lucas Giolito, and also includes names like Sean Burnett, Erik Davis, Taylor Hill Jhonatan Solano, and Reed Johnson.  Some of Dusty Baker’s former players are also on that list like Bronson Arroyo and Chris Heisey. 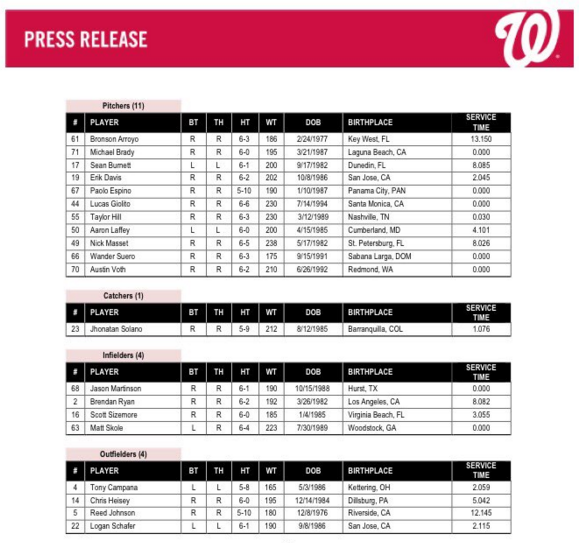