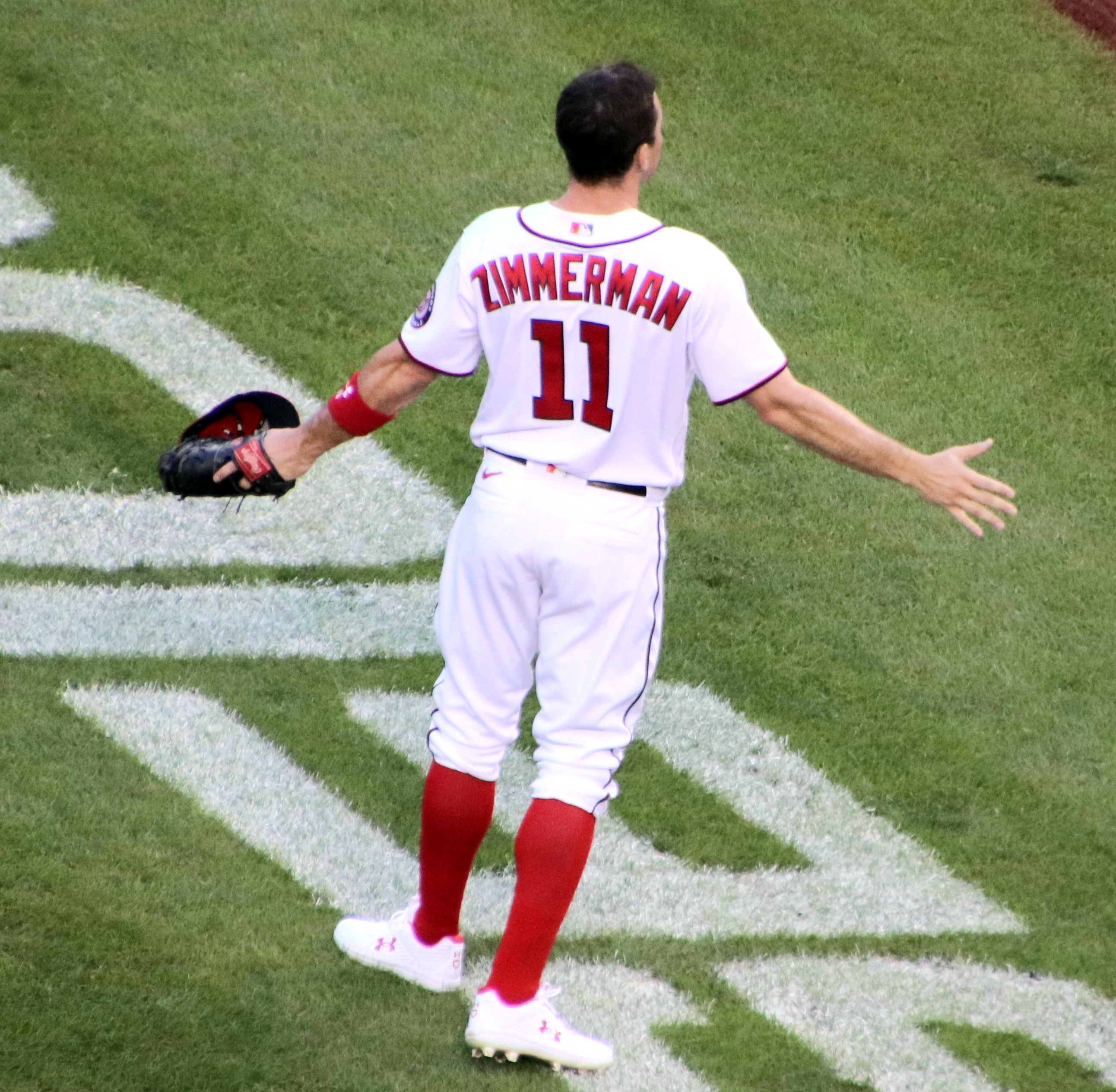 Steve: While not official, Ryan Zimmerman said in a recent radio interview that he wanted to come back for at least one more year, but will discuss it with his family. The great thing is Zim can also mentor. It gives him greater value than the tangibles in the stats. I could see him having a better 2022 than a 2021 too.

But I have to ask if there are any nuggets of information or insights that you can find in the data from 2021 to make me feel even better about this.

Don: I will do my best. Here is the very first observation that jumped out at me when I drilled into the details (e.g., splits of splits).

What I did first was try to look at how he did as a starter vs. a Pinch-Hitter/substitute against lefties and righties. After all, everyone knows Zim can’t hit righties, right? I was surprised at his splits as a Pinch-Hitter/sub.

Interesting to note that most of his PAs were against righties – perhaps because he forced a pitching change (more on that later). In addition his numbers against righties look pretty good. Also note that all of his hits against lefties were for extra bases. And if he gets one more PA/AB and gets a hit, his BA is .267 – the impact of one more hit when there aren’t many ABs.

And yes, too many strikeouts, but that could be an artifact of facing a fresh pitcher.

Steve: I just kept thinking how many times he crushed a ball and wasn’t rewarded. I thought he was very unlucky in 2021. Small data samples will skew things.

Don: The Game Day data does not have the Statcast data on that, but the Description field in the AtBat data set does include the word sharply on the some of the AB/PA rows for Lineouts and Groundouts. So using that as a surrogate for crushing a ball, it appears that Zim really does hit the ball harder more often than other players. MLB wide, the percent of groundouts and  lineouts that are described as sharply is 13.8% and 25.5%; Zim’s numbers are higher:  22.2% and 37.5%.

Steve: The lineout numbers just struck me as unlucky, especially when he went oppo.

Don: I also decided to look at how Zim ranked compared to other players individually. I subset the data to only those batters who had at least 162*3.1/2 = 251 PAs (which is half of the amount used to determine if a batter qualifies for a batting title). A total of 306 batters qualified. Zim ranked 26th overall, 39th for groundouts and 70th for lineouts.

Steve: his groundouts seem predictive into those pull shifts but the lineout rankings surprised me. This is where that hard exit velo should help.

I think with luckier BABIP, Zim could have a better season in 2022.

Don: I hope you are right about that. As mentioned above, I looked at how often Zim forced a pitching change as a PHer. Zim led off the inning 6 times as a pinch hitter and for 5 of those 6 times, a lefty was replaced with a righty – his reputation preceded him! He had ten PAs where he was not the lead-off batter and in 3 of those a righty replaced a lefty; the results of those 10 PAs are pretty interesting:

Don: And to wrap this up, the following two tables show all the splits of splits of Zim as a PHer or Sub and as a Starter. Some notes about these tables:

As PHer or Sub

Steve: Great stuff as usual. Sure, the righty-righty were the stress points. Great numbers against lefties. There were still some righties who Zim hit well. He batted .196 when the pitcher was ahead, and .317 when he was ahead in the count. To be successful is when Zim gets into 3-1 and 3-2 counts. So I think the key for him is to work the counts and then do damage. He batted .308 and .407 respectively. He also ambushed several pitchers this season in first pitch hits. He went 9-19 (.474) in those situations.

Don: Here’s hoping the Zim does not change his mind and is a member of the 2022 Nationals.

This entry was posted in Point-CounterPoint, RyanZimmerman. Bookmark the permalink.
← Previous Article | Next Article →