The Nats had 10 tender decisions to make! 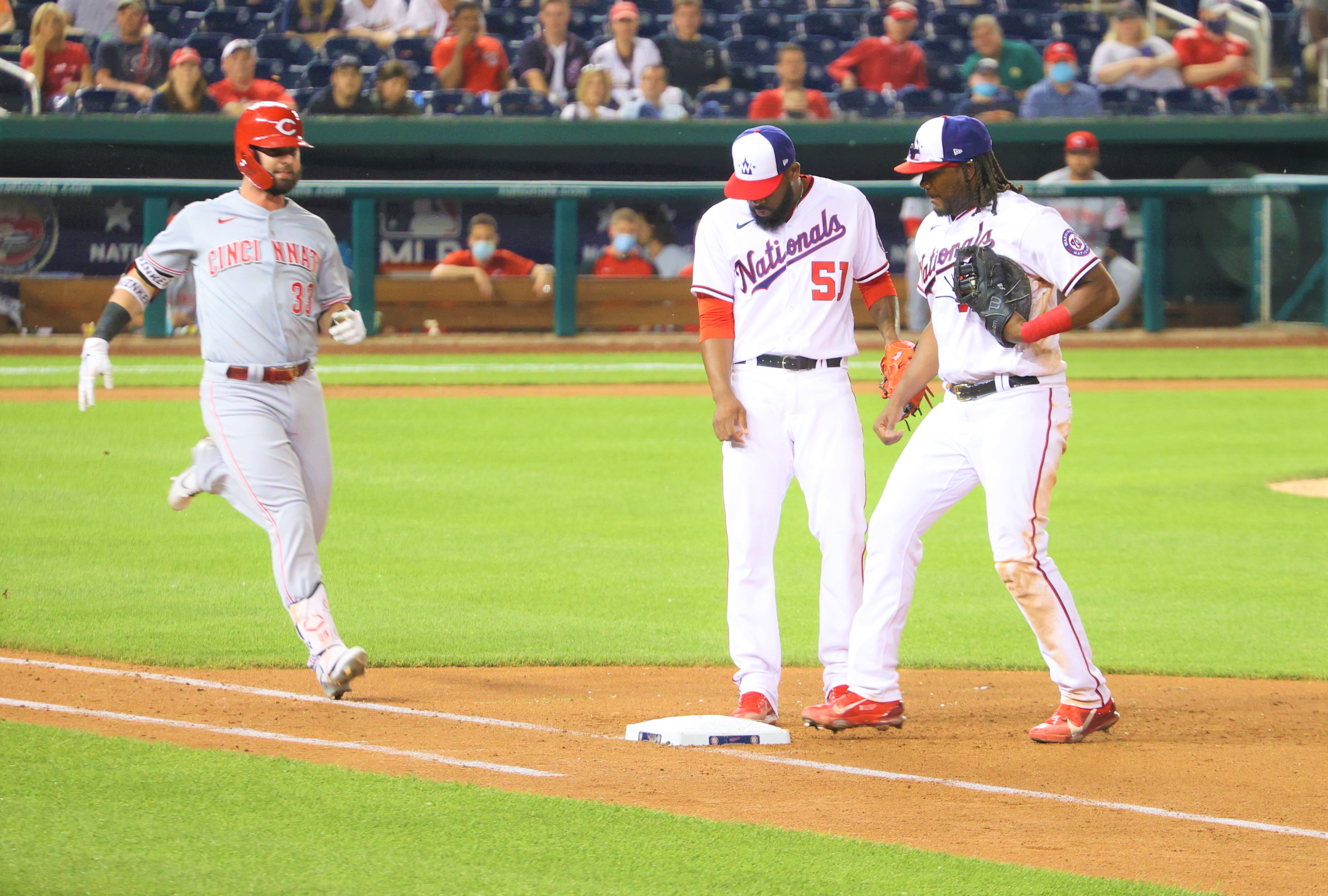 Two Nats who are arb-eligible; Photo by Sol Tucker for TalkNats

The Washington Nationals knew that they had six decisions to make on arbitration-eligible players, and that grew to 10 after four players were deemed Super-Two arb-eligible per a report from MLB Trade Rumors over the weekend.  By 8 pm tonight, the team must decide who they will tender contracts to and who will be non-tendered.

One player the team came to terms with early was Andrew Stevenson who was a player on the bubble and wisely worked out a one-year deal with the team. Stevenson was one of the Super-Two players who reached the plateau with less than three years of service time. Players are eligible for salary arbitration if they have played in more than three seasons but less than six years in the majors and don’t have a set contract for the next season. Every year you have a special case called “Super-Two” which typically occurs for players with service time around two years and 130 days give-or-take a few days. It gives a player with less than three full seasons of service time a chance to get paid above the minimum MLB salary and four full years of arbitration eligibility

The other Super-Two players are Ryne Harper, Austin Voth, and Tanner Rainey.  In addition the Nats have six players who were already known to be arb-eligible and they are: Josh Bell, Erick Fedde, Victor Robles, Joe Ross, Juan Soto, and Wander Suero.

Here are the estimates that MLB Trade Rumors projected for each Nationals arbitration-eligible player:

Keep in mind, the team, and the arb-eligible player, after arbitration is chosen, does not mean there will be an arbitration hearing. The two sides can attempt to settle on a salary any time before a hearing starts. Players who do not choose a contract by the second week of January (this could change with a lock-out) will submit their figure for arbitration and the team will submit their number. If it goes to a hearing, the three-person arbitration panel can only choose one dollar figure that was submitted from the player’s number or the team’s number — nothing else. There is no meeting in the middle on a number once they go to a hearing.

The Nationals rarely go through the arbitration hearing route. There was the time that reliever Jerry Blevins thought it would be cool (true story) to go to an arb-hearing and a month later general manager Mike Rizzo traded Blevins to the New York Mets for Matt den Dekker.

Some say that if you take a team to an arbitration hearing, it creates friction. It seems that players who do that with Rizzo do not get many favors going forward — or like Blevins, do not stay around to see Opening Day. Before the 2019 season, Rizzo went to arb hearings with both reliever Kyle Barraclough and Michael A. Taylor which the Nationals side won. What happened to them? The same happened back in 2012 with John Lannan. He had his arbitration hearing before Spring Training camp opened and was supposed to be the fifth starter on that squad that had Stephen Strasburg, Jordan Zimmermann, Gio Gonzalez, and Edwin Jackson. The manager of that team, Davey Johnson, named Lannan as his fifth starter and days later, Lannan was sent to Triple-A Syracuse as Rizzo went with Ross Detwiler as the team’s fifth starter. Maybe that arb hearing had nothing to do with it — but maybe it did.

With Stevenson’s deal turned into a one-year deal, we don’t know if he negotiated it as a guaranteed contract or whether it is subject to a severance clause. Normally if the team DFA’s an arb-eligible player after they were tendered at any point, the money is subject to be paid a severance fee if the contract was not guaranteed.

The past two years saw several dozen non-tenders. Keep in mind that the Cubs non-tendered Kyle Schwarber last year, and he became a free agent and signed with the Nats. This is the day the free agent pool rises again in numbers.

Get ready, and let’s see what happens.