The days when Lucius Fox was rated higher than Juan Soto; The Nats finally get Cesar Hernandez. So much more going on! 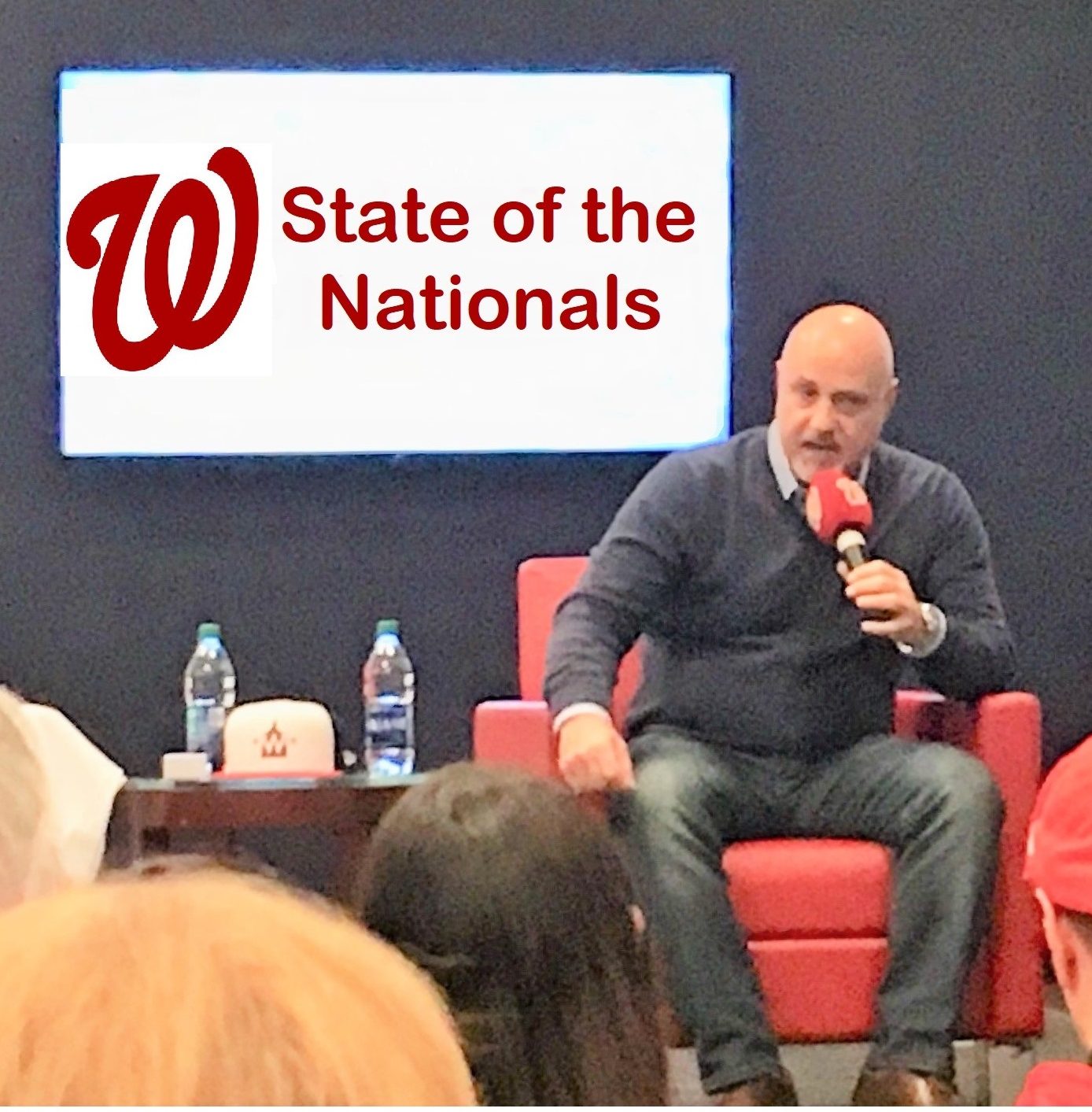 There were five moves yesterday by the Washington Nationals that began with a waiver claim of Lucius Fox from Baltimore. The night ended with the Nats biggest free agent signing of the off-season, so far, with Cesar Hernandez committing to a one-year deal. In the middle were the official announcements that the team non-tendered long-time reliever Wander Suero and Ryne Harper and released minor leaguer Mike Ford. By the time the dust settled, the Nats player inventory on the 40-man roster sat at 38.

If we start with the Fox news first, there is a lot of history there in that Fox was the fourth ranked prospect taken in the amateur international free agent signings in 2015. That was the same year that Juan Soto was signed by the Nats and ranked No. 13 in that same report from Baseball America. Fox, like the Marlins’ Jazz Chisholm Jr., is from the Bahamas and both were signed as shortstops. Most thought Fox was the better prospect.

The switch-hitter is a speed burner who had 142 stolen bases in his 479 career minor-league games. That is a lot of stolen bases. He has shown the ability to get on-base, just not much power. Baltimore had just claimed Fox from the Kansas City Royals less than two weeks ago and placed him on waivers with the hopes of sneaking him off of their 40-man roster until Nats’ general manager Mike Rizzo plucked him early yesterday off waivers.

Fox, 24, was injured for much of 2021 and appeared in only 62 games, with  57 games for Triple-A Omaha last season. He held his own in Triple-A, and it was more than that .709 OPS to see. With his lack of power, you have to look at his encouraging walk rate (13.1%) and that speed. He swiped 19 bags while caught only twice. His .347 OBP at the Triple-A level would be helped if he can improve his batting average. Fox moved up prospect lists when he stood-out at the Arizona Fall League in 2018 and slashed .326/ .437/ .384/ .821. Whatever magic he flashed there disappeared, and that slashline is by far the best showing of his career. Can he find success with the Nats? His pedigree is there as a top prospect. The Giants paid a signing bonus of $6.5 million when they inked him in 2015, and then they traded him to the Rays in 2016 in a blockbuster, and Tampa traded him to Kansas City in 2020 for another prospect.

The Nats made their largest signing of this offseason by inking Hernandez as a free agent to a $4 million deal. Time and again Hernandez was a player who Rizzo coveted, but never pulled the trigger on until yesterday. He has been in many of our discussions and on my own short-lists. Now at 31 years of age, he will fit into the Nats mix — but we do not no where his spot will be in the infield. He has experience at all positions except first base. He earned a Gold Glove at his primary position of second base in 2020 with Cleveland.

Last season, he split time with both Cleveland and the Chicago White Sox. He hit .232 with 21 home runs and a .694 OPS in 149 games, and it was really a tale of two cities as Hernandez never flashed the power in Chicago. Those 21 dingers were the most of his career, and the bigger question is where did his speed game go to? The one-time speedster with Philly did not even attempt a stolen base with Cleveland this year. He has 24 career games at third base which adds to any intrigue of where manager Dave Martinez will play him and how that will fit with  Alcides Escobar, Luis García, and Carter Kieboom. We do not even know if Rizzo will acquire a pure third baseman.

Shortly after the 8 p.m. ET deadline last night, the Nats announced that they had non-tendered Suero and Harper. Our sources told us and as we reported that Suero, Harper and Joe Ross were all being considered as non-tenders. Ross was actually tendered a contract even though he is recovering from a partial tear of his surgically repaired ulnar-collateral ligament in his right pitching elbow. With MLB Trade Rumors projecting a $3 million payday for Ross, he was teetering on the fence as to whether he would be given a contract. Like Ross, there are other Nats like Erick Fedde who was tendered and due a large raise as Fedde is projected to make $1.9 million in 2022.

The Nats can use early Spring Training to make further cuts if the tendered players they retained are not meeting early expectations in 2022. For instance, if the Nats were to release Ross on or before the 16th day of Spring Training, they will owe him approximately $500,000 as 30 days’ termination pay (based on the prorated version of his agreed-upon arbitration salary) which is approximately 16% (1/6th) of his pay.

For some, the most significant name the Nats parted with was Suero. He is one of the few players remaining from the Nats’ 2019 World Series roster. Even with the shortened 2020 season and Suero’s demotion this year to Triple-A, he appeared in more games than any reliever in the past three years. The workhorse showed glimpses of greatness, and at times it seems like the workload got the best of him. He relieved in 78-games just in 2019 plus four more in the postseason when he posted a 0.00 ERA and 0.000 WHIP in the World Series.

With a potential lock-out looming tonight at midnight, the Nats could try to make some more moves as teams, players, and agents rush to get in under the midnight deadline. If the lock-out hits as expected, baseball will stop in its tracks, and it will be a long and frustrating winter in the sport.