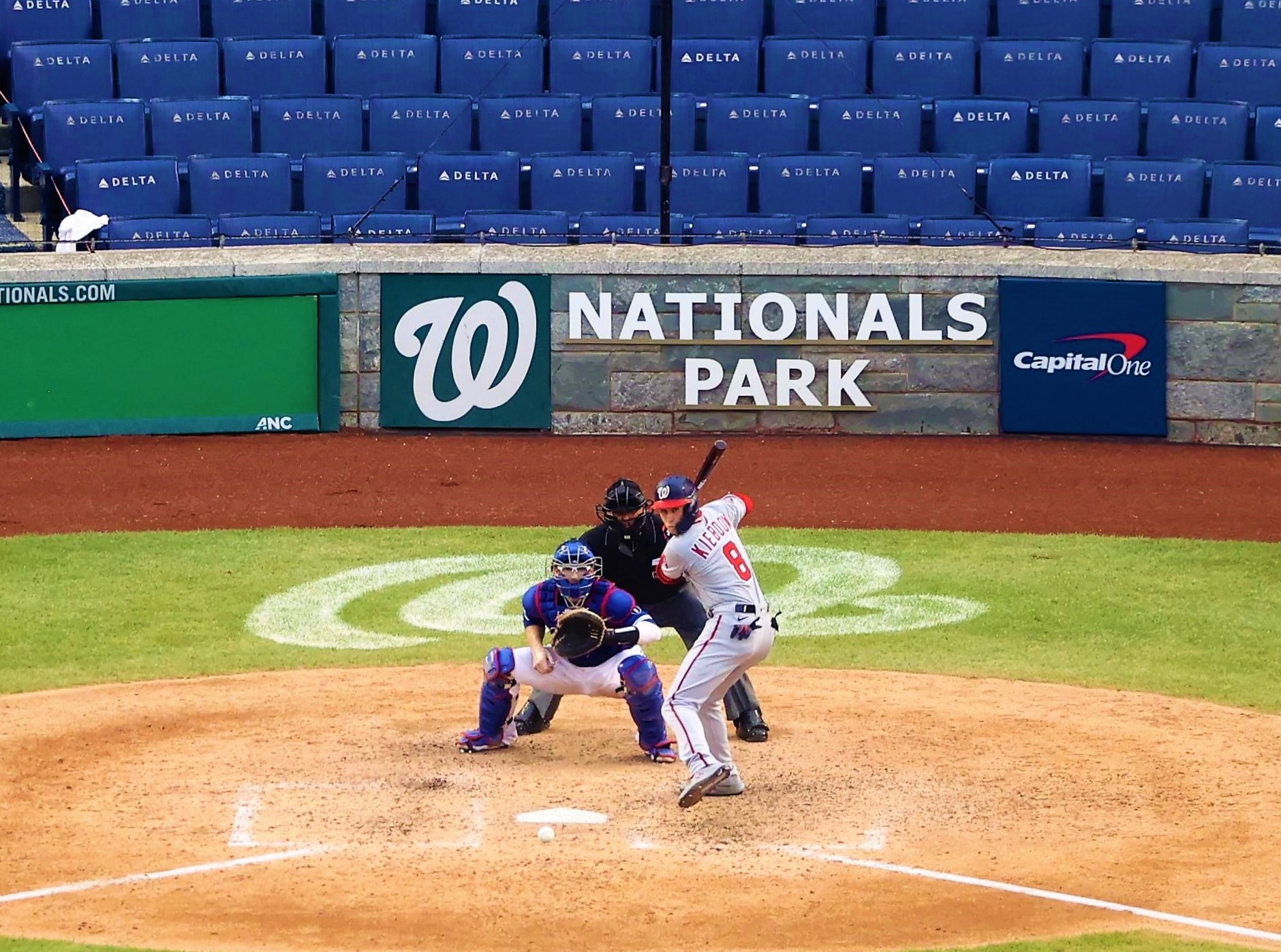 It was known that Carter Kieboom had a groin strain as the 2020 season opened from a report from Jesse Dougherty of the Washington Post. But the CBS report also said, “the injury evidently only hurts when he moves laterally, so he’ll be able to hit and run the bases.” In total, Kieboom only participated in 33-games in 2020, and 99 at-bats and his OPS for the season was .556. In comparison, Max Scherzer had a .545 OPS as a batter in 2018.

At this point, almost every third baseman free agent is off the market, it seems much clearer that Kieboom has a clear track to the third base job for the 2021 season, but that also is not ‘new’ news. Back in early December, MASN reported that “Kieboom is the favorite to be the Nationals’ starting third baseman, though he’ll have to earn his opportunities, according to manager Dave Martinez.”

“I’ve got all the confidence in the world in this kid,” Martinez said. “I think he’s going to be fine, but he’s got to believe that in himself. He’s got to go out there, he’s got to take charge and he’s got to want the job. I’m behind him 100 percent. I’ve talked to him and I’ve told him: ‘Hey, you’re our future third baseman, and the future is now.’ “

On this morning of Valentines Day, we were already discussing a Point-CounterPoint on Carter Kieboom and then Steve Mears had Breaking News this afternoon:

Breaking: A #Nats source told us on a condition of anonymity that Carter Kieboom played on what was thought to be a strained groin during the 2020 season and it turned out he was playing with a GROIN TEAR which explains the lack of power, hitting struggles, issues running, etc. pic.twitter.com/PyuiPy0hQM

Steve: Let me take this opportunity to say I was told that Kieboom is 100 percent healthy now. I don’t know if he had surgery or the full extent/grading of the tear. Doing more research on this, groin injuries are categorized as Grade 1, Grade 2 or Grade 3. Technically,  all groin strains have some degree of torn fiber. The severity of the tear is in the grading.

Here is all you need to know about grading the severity, and the treatment from Johns Hopkins Medicine. According to Hopkins, “Mild to moderate strains will need around 4 to 8 weeks of proper rehabilitation. More severe strains will take longer to heal. Only the most severe muscle tears require surgery.”

Don: Wow, I wonder if his splits are consistent with this. Clearly, the lack of power is.

Steve: He only had one double in his entire season and no triples and no home runs. I remember balls he hit in the corner that he did not leg into a double. I always wondered why.

Steve: Don can you see anything in Kieboom’s data to make me feel better about going into spring training with him penciled in starting at 3B. I think there’s a good player there. Last year I just felt like he entered the batter’s box out of sorts. Clearly there were some good moments but not enough. He is too good to be this bad if that makes sense.

Don: Based on what I’ve looked at in the past, there is enough there to suggest some optimism.

One of things I learned early on in analyzing data is that you should never just look at the numbers to draw any conclusion. You have to dig deeper to discover why the numbers are what they are. Looking at averages can be terribly misleading as they can mask both the good and the bad. That is why I like to look at splits to see if I can first find a pattern, and then find a reason for the pattern. So lets do that using the Baseball-Reference data. Normally I would want to go deeper than just one-way splits; but Kieboom does not have enough PAs/Abs to make that useful.

Steve: I think this goes back to having faith in general manager Mike Rizzo that he knows what he is doing and the same with Davey Martinez.

Don: I agree. I have felt for a while that Rizzo knew something we did not about Kieboom. He is too good a GM to not do something about 3B given the other moves he has made.

So the first split I decided to look at given the new information is based on how deep into the game. I’ve included the Baseball-Reference aggregate that groups innings because there is not much data. I also (for reason of horizontal room) excluded some columns where the numbers were either 0 or effectively zero (e.g., triples, HRs, stolen bases). And on the number of doubles, I wonder how many potential doubles became singles because he could not run well. No way to know, but it is an intriguing question.

These results certainly suggest a player who is hurting later in the game. That would be consistent with his injury, wouldn’t you say?

Do you have any thoughts about players typically hitting better later because they adjust to how they are being pitched and to the umpires?

Don: Next let’s take a look at his splits with men on base (including RISP) vs. the bases empty.

When I first looked at this split, I suspected that he was swinging for the fences with no one one and was just trying to make contact with men on base. Now that we know about his injury, I wonder if he recognizes that keeping the line moving is worth the pain involved as compared to the bases empty.

Steve: Those numbers are good and at the same time a head-scratcher. Very serviceable with RISP spots, decent with men on-base, but horrific with bases empty.

Don: I have often wondered if there is a difference between no men on vs. leading off the inning. Here is that table.

These numbers are flat-out awful – like all he wants to do is get back to the dugout.

Don: And the results based on the number of outs in the inning seems to support this as well. About two thirds of his PAs/ABs with no one on are because he led off the inning.

Don: And the last split is one that really blows me away. I have to admit that I am not quite sure how to interpret it. But it does look there are some positives patterns there.

A couple of the lines jumped out at me. But before I go into that I wanted to clarify that the Not in Play line appears to be his strikeouts and walks. Ks are not good, but an OBP of .400 is pretty respectable.

With the exception of the To Infield (no hits at all) and Up Mdle-RHB lines (Mendoza line). All the rest look pretty [expletive deleted] good. I am hoping that you can provide some insights on these contrasts Steve.

Steve: Not one infield hit. He sure wasn’t running well. Impressive numbers once CK got it into the outfield.

Don: A few observations in closing.

Steve: We knew before this injury revelation that Carter Kieboom was going to be a story of Spring Training. This will be interesting to see if he puts it together. I have not talked to Carter Kieboom and he didn’t feed me an excuse to put out there for him. My source was only answering my question as to what happened to Kieboom’s power in 2020?

One simple question and maybe we do have a logical answer. Of course some are skeptical while some will forgive the poor results from 2020, but few believe in extra chances. Hopefully Kieboom emerges as the star that many expected two years ago, and 2020 will just be a footnote that will be forgotten for good.

This entry was posted in Kieboom, Point-CounterPoint. Bookmark the permalink.
← Previous Article | Next Article →