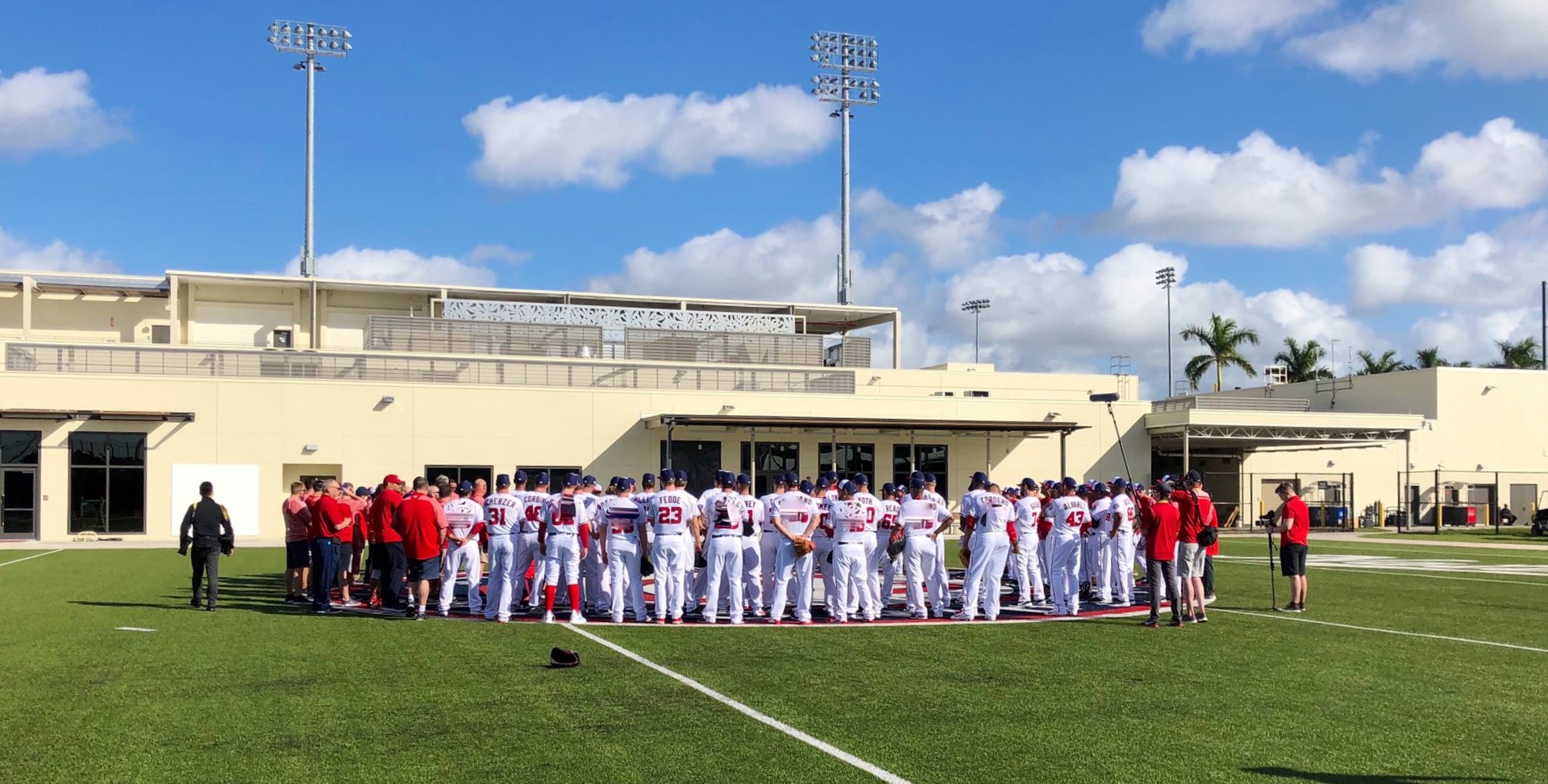 This was the longest off-season in Washington Nationals history that spanned from the end of a painful 2020 season to the start of a Spring Training filled with hope. This off-season totaled 143 days. We are also in unprecedented times with the COVID pandemic, a promising vaccine, but still mostly empty stadiums. And of course the city that the Nats call home is getting back to normal after the U.S. Capitol siege last month. Baseball took a backseat to real life. Uncertainties still remain along with regrets. The new season is supposed to wipe the slate clean, but COVID is still in the air, and on everyone’s mind.

Last season was so bad for the Nats, general manager Mike Rizzo said they did an autopsy on the season. In a literal sense, autopsies are performed on corpses to determine the cause of death. Metaphorically, Rizzo was right.

“We gave ourselves an autopsy of how things went. What went right and what went wrong in 2020,” Rizzo said.

Both Riz and manager Dave Martinez return with new multi-year contracts in-hand. They welcome many new players to the Circle of Trust. In camp today are the newly acquired closer Brad Hand, veteran starter Jon Lester, and catcher Alex Avila. Since today is about pitchers and catchers reporting, it will be a few more days for the position players to join in as the team welcomes Josh Bell and Kyle Schwarber as the two most notable signings in that group.

We also said goodbye to key players from the World Series team like Adam Eaton, Sean Doolittle, Anibal Sanchez, Kurt Suzuki, Asdrubal Cabrera, and Howie Kendrick. Surprisingly the Nats were one of the few teams to expand their payroll. The lingering question will be, was it enough?

“So we kind of dive into the free agent market, the trade market, and see what fits better for us,” Rizzo said.

There are plenty of storylines in every Spring Training camp. Most camps take on a feeling of belief and a sense of renewal and optimism. But for some players, camp will be a battle — a fight for the last few roster spots. Usually we await some clues on a lineup or starting rotation, and this year in offseason interviews, Davey Martinez had already named names.

His starting rotation he expects to be:

Of course the ordering of the rotation is not the focus here, rather the names have four locks and only Ross will be fighting to keep his job in a rotation.

“I want Joe [Ross] to be in our starting rotation,” Martinez said early in the offseason. “I know he’s doing well, and feels great and can’t wait to get back on the mound and get to Spring Training. So yah, it’s wide open for him. I missed him last year [due to his COVID opt-out]. We could have used him.”

This is a vaunted rotation that features four former All-Star pitchers. Combined, those pitchers have 17 All-Star selections: Scherzer (7), Lester (5), Strasburg (3), and Corbin (2). In the what have you done for me lately category, none of those pitchers finished in the Top-25 of ERA leaders in 2020 or received a Cy vote.

Davey’s back of the napkin lineup:

Of course things could change. These were Davey’s first thoughts on his starters. Everything starts with the players’ health and goes from there. The Nats success will ride on the health and effectiveness of those thirteen players named above plus the eight members of the bullpen and the five-man bench.

The bullpen has what appears to be six locks so far plus Austin Voth who is out of options. It should be his job to keep which would leave one remaining spot. We start with the 3-H back of the bullpen with Hand, Daniel Hudson, and Will Harris plus Tanner Rainey who enters his third season with the Nats. Add in Wander Suero, Kyle Finnegan along with Voth and that is seven of the eight bullpen arms.

The bench will have Avila as the backup catcher along with the Face of the Franchise, Ryan Zimmerman, in a bench role, along with the re-signed Josh Harrison, and Andrew Stevenson who must prove that his September 2020 stats are going to be numbers he can put up again. That is four of the five bench players who appear to be locks.

So maybe there are only two spots open to the fifteen members of the 40-man roster plus over a dozen NRIs to compete for. Of course Gerardo Parra looks to be a favorite for the bench and one of the many lefty relievers could be competing for a bullpen spot.

Every year you wonder who will emerge as the next Clint Robinson or the next Finnegan. When camp breaks in 40 days, twenty-six players will be named to the Opening Day roster. We will examine closer the storylines that emerge, but it really starts with the starting rotation and that Nationals’ franchise worst 5.38 ERA that ranked the worst in team history. That is saying something, and there must be a reversal of fortune to get that back closer to the 3.53 the 2019 team starters notched in that season. That was a 1.85 differential between those two rotations. It begins with a healthy Strasburg and an effective Scherzer, Corbin, and Lester.

If the Nats starting rotation cannot step up, the 2021 season will not have a chance. Rizzo builds his teams on the pitching and has spent over $100 million on this rotation. As the pitchers and catchers check into camp, we will be checking them out. They are the lifeline to this team’s success. For what it’s worth, Fangraphs is projecting a 4.49 ERA for the Nats starters in 2021, and that is not good enough. Let’s just state that as the obvious. Here is the breakdown of Fangraphs projections:

Fangraphs only has Scherzer and Strasburg under a 4.00 ERA. The Nats are not paying Patrick Corbin $23.33 million a year for a 4.17 ERA. That is also the obvious. Newly installed pitching coach Jim Hickey will have his work cut out for him.

That is the Day 1 main storyline.