Cade Cavalli is the Baseball America #1 Nats prospect! He’s working out in Tulsa at the Sports Performance Institute! 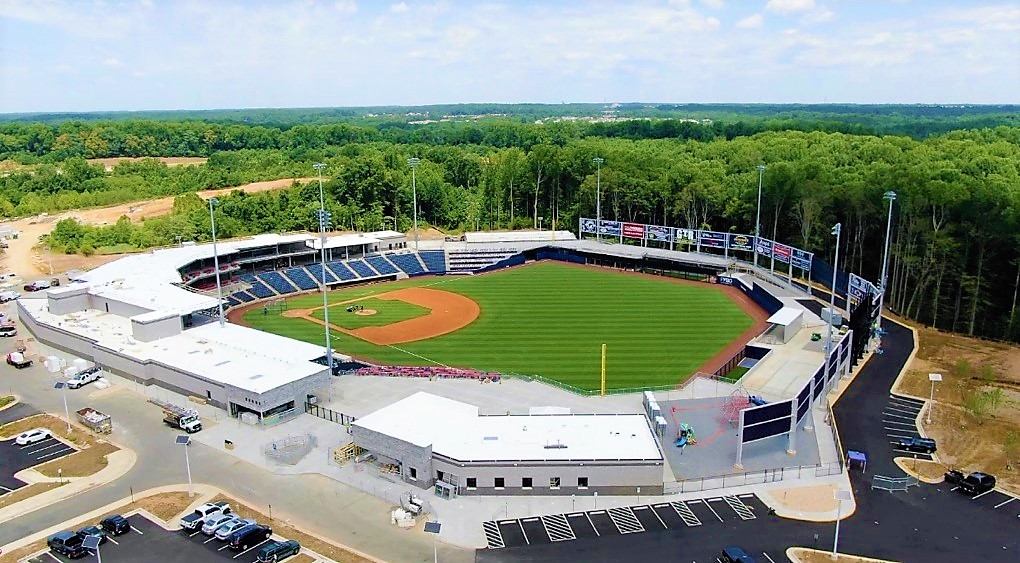 The year of 2020 has been abnormal in almost every way. The MLB Draft during this year was a 5-round truncated version of its former self. With the 22nd pick in the first round of the 2020 draft the Washington Nationals picked an Oklahoma Sooners’ starter, Cade Cavalli, and signed him for for $3.027 million. The 21-year-old right-hander is now the Baseball America № 1 prospect in the Nats’ system.  The alternate training camp in Fredericksburg was run by Randy Knorr, Tommy Shields and Jeff Garber with other coaches and development personnel in attendance, and having all of the  coaches with this level of experience with daily eyes on Cavalli helped with his development.

Cavalli, a 6’4’’, 226 lb pitcher, was a 2017 pick in the 29th round by the Atlanta Braves and did not sign and went to the University of Oklahoma. When the Minor League season was cancelled this year, Cavalli got the call to be part of the 60-man player pool and was sent to the Alternate Training Site at Fredericksburg with several top prospects like the Nats first round pick in 2019, Jackson Rutledge,  as well as several others including many players who have had MLB experience. It immediately thrusted the top prospects, who have little minor league time or no minor league time like Cavalli, into a whole new type of experience.

“Cavalli was a talent we thought maybe would have gone in the Top-10,” said Mark Scialabba, Assistant General Manager of Player Development. “He is a converted position player. He’s a very good athlete. Physical, strong, powerful frame, easy arm action and a delivery that he can repeat. He’s really starting to learn how to maximize the use of his pitches.”

“He has four pitches that he can throw for strikes. At times they all play out ‘plus.’  He can pitch certain days he’s 96 with a 2-seamer with late run to it. He can throw a 4-seamer that he commands very well up to 100, there’s days he’s 97-98. Then he can drop in a changeup that has I think has potential to be a wipeout ‘plus’ pitch down the road. He locates it extremely well down in the bottom of the zone.  He has a slider that is hard with almost cutter action to it but does has the depth to call it a slider, 89 to 90. And a curveball that is more of a power downer pitch at  83, 86. He’s coming at you with power. He does have the ability to repeat his arm [slot] with the changeup so he can sell that. We are thrilled with where he is.”

Cavalli really jumped up the prospect rankings on Baseball America based on what they saw at Fredericksburg and then Cavalli had the opportunity to head to the Nats spring training facility in West Palm Beach for some instructional league experience. All in, Baseball America felt he got about 50 innings of work.

“I’d say [Cavalli] has No. 2 upside [in the Nats future rotation],” Lacy Lusk at Baseball America wrote. “He has four plus pitches and fit right in at the Alt site.”

Baseball America published their Top-10 prospects in the Nats system, and they wrote this about Cavalli with the following 20/80 ratings:

SCOUTING REPORT: Cavalli accurately described himself on draft night as a blend of power and pitchability. His fastball sits in the mid 90s with ease and touches 98 mph. More than just a thrower, he complements his heater with an array of impressive secondaries. His slider is a devastating offering at 87-90 mph with impressive tilt and gets swings and misses against both lefties and righties.

His curveball is a hard downer that hitters don’t see well, and he can manipulate his changeup to throw it with diving action and either sink or run. He has an efficient delivery and elite makeup. As a former Big 12 Conference first baseman, he has plenty of athleticism and good body control. Cavalli’s father Brian was a catcher at Oklahoma and in the Angels’ system, so Cade has also seen the game from the other side of the battery.

The reason he was still available at No. 22 overall is he got hit more in college than his raw stuff would suggest, in part because he [lacked] deception and his control can be erratic. The Nationals like the work Cavalli did with coach Skip Johnson and the rest of the Sooners staff, so any tweaks they’ve made have been minor. Cavalli has a strong work ethic and a desire to not just make the majors but to become a regular All-Star.

This offseason, Cavalli chose to stay in Tulsa, Oklahoma and continue his offseason workouts with the group at the Sports Performance Institute. He could have joined Rutledge at the Cressey facility in Florida or traveled to Driveline in Seattle, but Cavalli is comfortable at SPI and CJ “Coach Med” Medlin who is one of the coaches at that facility and a former minor league catcher.

“I feel our approach is an all aspects approach,” Medlin said. “We do everything here as a team. From catchers to pitchers, hitters and fielders and all of our sports we train. Our skill development coaches work hand-in-hand with our performance director, our ATC and their team, and if possible the athletes’ organizational strength and conditioning coach to provide an all-around personal development to each athlete we are privileged to work with. High School, College and pro athletes are all clients, and we want them all to feel valued without having to sacrifice the level of training provided to them.”

Medlin has had the privilege of knowing the Cavalli family over many years and Cade’s father, Brian Cavalli, was a Seminole State Jr. College alumni like Medlin which bonds them. Clearly the Sports Performance Institute has a great base of professional baseball players at their facility who trust them with their development.

The SPI facility has all of the state-of-the-art equipment and technology. They are equipped with Rapsodo both for hitting and pitching and use SONY RX cameras with frame rate speeds to 1000 frames per second. While some of the other facilities drop the analytics on the players, SPI coaches guide the players as they analyze the data together.

“We discuss spin, depth and more.” Medlin told us. “We try not to get over-analytical with the athlete. We will work hand-in-hand with the athlete and keep their data and info ‘private’ so they can disperse as they need to and discuss with their club how they like.”

“I’m still a lil’ old school when comes to tryin’ to do too much on the details of the details in Rapsodo — but I am certified through Rapsodo on analyzing the details and data provided — which I don’t brag about because honestly anyone could take the test and pass.”

The other way Medlin is so good at connecting with Cavalli and other pitchers and catchers is based on his professional experience as a catcher. He will catch bullpen sessions to also give feedback that Rapsodo and other devices cannot — which is the human element — the scout’s eye from behind the plate as their catcher. That is invaluable and no knock on the other facilities around the country, who else provides that type of feedback? Data, stats, and analytics is such a big part of the game, but Medlin still keeps the human element and interaction as part of it with himself and the staff. The coaching staff at SPI is diverse in what they bring to their athletes. Sean Barger is SPI’s Director of High Performance Training, and he has also worked with Cavalli. His title is fancy and most people consult and work with him on strength and conditioning.

Barger’s main role is pretty broad and got a laugh from him as he answered that question. Basically, he tries to improve each athletes work capacity, athleticism, and creatively bullet proof them for the demands of their sport and position based on their specific genetic traits, limitations, and needs. Injury prevention is a huge part of what they are about at SPI, and they value it most of all as they work with some of the most elite and professional athletes because nothing takes a player off the field faster than an injury.

Another thing they work with athlete’s on is recovery time. Barger uses posture restoring techniques as well as conditioning methods to improve an athlete’s ability to recover faster so they can perform better sooner, but also minimize the likelihood of injury. How important is that in a 162 game baseball season plus Spring Training! Lastly, they work on something called athletic work capacities.

“Nine out of ten of your most elite athletes have impressive jumping, sprinting, and deceleration abilities which we test, and even the rare athletes that can only jump 18 inches high but can throw a baseball 94 miles per hour, can improve their abilities with low risk of injury by improving their elasticity,” Barger said. “There is speed, jumping, and controlled landing. As we train, we see almost direct correlation between improvement in sprint time, vertical leap, controlled landing and their athletic performance, whether we’re talking about faster pitching, hitting baseballs harder, skating faster, or changing directions faster.”

The SPI coaching staff is made up of seven coaches, all with different backgrounds so they can work with athletes of other sports also. This is all a continuation of Cavalli’s development, and he appears to be on an upward trajectory. We will get to see more of Cavalli in the Minor Leagues in 2021 to see his progress.