Baseball prospects are being made close to Nationals Park in College Park, Maryland! 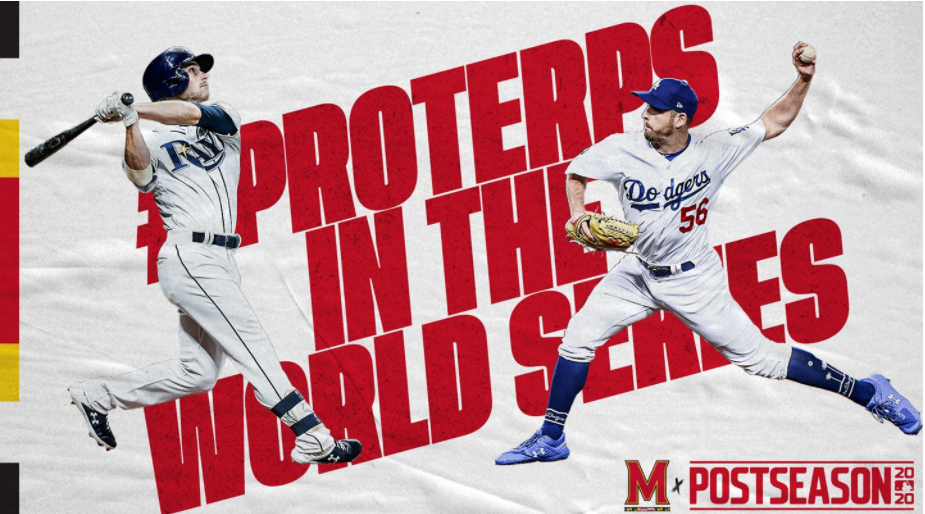 As we discuss top prospects, there is something good brewing over in College Park, Maryland other than the java at Vigilante Coffee and the suds at the iconic watering hole at RJ Bentley’s. The Terps baseball team over at the University of Maryland is now ranked as one of the best in the nation, and we saw that on the big stage in the World Series this year when Terp’s alums Brandon Lowe and Adam Kolarek were key players for the Tampa Bay Rays and the Los Angeles Dodgers respectively in the Fall Classic.

The Maryland Terps baseball team is 18th ranked by Baseball America based on draft strength as both Sean Burke and Jason Savacool are projected in the top-33 in their respective draft classes. Savacool right now is ranked 12th overall for the 2023 draft class.

Ever since Justin Maxwell was drafted by the Nats back in 2005 from the University of Maryland, there have been over 45 players from the Terps drafted into MLB. Now they have players making an impact in “the show” and head coach Rob Vaughn, and Assistant Coaches Corey Muscara and Matt Swope are clearly doing something right in the development. This chart below from Baseball America ranks draft board projections for each Terp’s players for the next three draft classes:

While Maryland only has four players ranked on this list which covers three draft classes, it is quality over quantity. RHP Jason Savacool is at the top of the list for the players at Maryland. He has the pedigree from his pitching for USA Baseball’s 18U National Team, and because the draft was only 5 rounds this year, he went undrafted — but not unnoticed as teams wanted to sign him. He went with his commitment to Maryland and his interest in his education as a business major and an incoming freshman this past fall. Savacool has a great 2-seam sinker and the straight 4-seam fastball, and a true splitter which is highly unusual for a pitcher his age. He throws both a slider and curveball in a five pitch mix in his repertoire which has projected him as first round talent in the Baseball America projections for 2023. They say he is a smart kid who was part of the math team at Baker High School near Syracuse. His high school has an advanced analytics systems for the baseball team where Savacool can workout and use the Rapsodo equipment. Of course growing up near the Nats former Triple-A ballpark in Syracuse, he used to go to games there as a kid and watched Trea Turner play there as well as Stephen Strasburg who was there on a rehab assignment.

“It’s definitely an honor to be regarded that highly by Baseball America,” Savacool told us. “At the end of the day rankings are great, but you have to show it on the field. … I’m super excited for the upcoming season. We have huge goals, and I think we will have a very good team.”

Savacool’s teammates on the Baseball America rankings has outfielder Bobby Zmarzlak who is a dual threat power and speed guy along with RHP Dave Falco in the second rounder rankings right now.  On the first page of the Baseball America list is RHP Sean Burke at a hulking 6’6″ 230 lbs. He has a big frame and a big arm with a sizzling 4-seam fastball at 96-97 mph and a knuckle curveball, a slider and an improving changeup that will have you swinging out front. If all goes well, Burke will enter the 2021 draft and this college season will be a big factor on where he lands in the draft. Burke understands the analytics and because he is from Massachusetts, he is close to the original Cressey Performance facility.

“I have been going to Cressey to workout for five years,” Burke told us. “I think that everything I am trying to throw is off of my fastball which has vertical ride. Secondary stuff works off of my fastball. We looked at the analytics of my curveball that I had been throwing and found it was inefficient with a spin of 60, and we changed it to a knuckle curve to get the desired movement and my other breaking pitch is the slider around 0 vertical with -4 to -5 with the horizontal. Those pitches are what I am working on to improve.”

Not on the list but mentioned by Burke to us is Max Costes who he says will get drafted in the first few rounds as an infielder. One of their other teammates, Kevin Keister, has a strong Washington Nationals connection. His dad, Tripp Keister, has coached most of the Nats top prospects through the years as a Nats’ minor league manager who just got promoted to Double-A Harrisburg. The younger Keister is an incoming freshman infielder with hopes to get some starts as a freshman for the Terps.

“I’m very happy for him and obviously I’m proud because hes constantly working on being a better player,” Tripp Keister told us. “I really like the Maryland baseball coaching staff, and I’m definitely excited that Kevin is there with them.”

Recruiting is always easier when you can point to the success of the players from the program which Maryland can do plus there are future upgrades for the baseball facilities in the works and that will certainly help in the recruitment efforts. But also there are top academics at the University of Maryland which ranks in the Top-20 in Engineering and Business in national college rankings. With athletes coming from all over the country, the academics go a long way in attracting people to Maryland these days.

The sports journalism department is growing in size at Maryland, and earlier in the month they did a Terps panel with Lowe and Kolarek along with ESPN’s Tim Kurkjian who is a Terps graduate from the class of 1978.

“The worst part of the whole [COVID] bubble situation in my opinion was the food,” Lowe said of the postseason bubble. “You couldn’t go to a restaurant. Everything was served to you in a plastic box with plastic silverware and everything, and [the food] got delivered to your [hotel] door. It didn’t feel like you had a good fresh meal. That was the weirdest part of living in the [postseason] bubble.”

One of Kolarek’s postseason highlights was striking out Lowe in Game 4 of the World Series. In the video (above), they showed the replay of the strikeout and Lowe was very complimentary of Kolarek’s strikeout. The pair was once teammates and roommates with the Rays as Kolarek was once with Tampa in his career. Kolarek also went from a non-prospect who was struggling in the Mets system when he taught himself to throw from a three-quarters arm slot to sidearm. It was not easy and took a lot of perseverance to get to a sustained level of success.

“I did that for two years of sidearm practice [in the Minors],” Kolarek said going from a 3/4 arm slot to pitching sidearm.

Some of the fun side stories were about on-campus life when Lowe and Kolarek were in school at College Park. Brandon Lowe and Madison Martin met at Maryland when Madison was a star pitcher on the softball team. Their meeting at study hall —eventually became a Terps’ marriage. Lowe shared that he once caught one of Madison’s bullpens while on Thanksgiving break and after one-pitch that whizzed by his head, he said that he put on full catcher’s gear including a helmet. Madison now runs their bakery: Sweet and Lowe, and they bake some incredible treats! Kolarek’s father was a Maryland baseball coach, and he met his wife at Bentley’s!