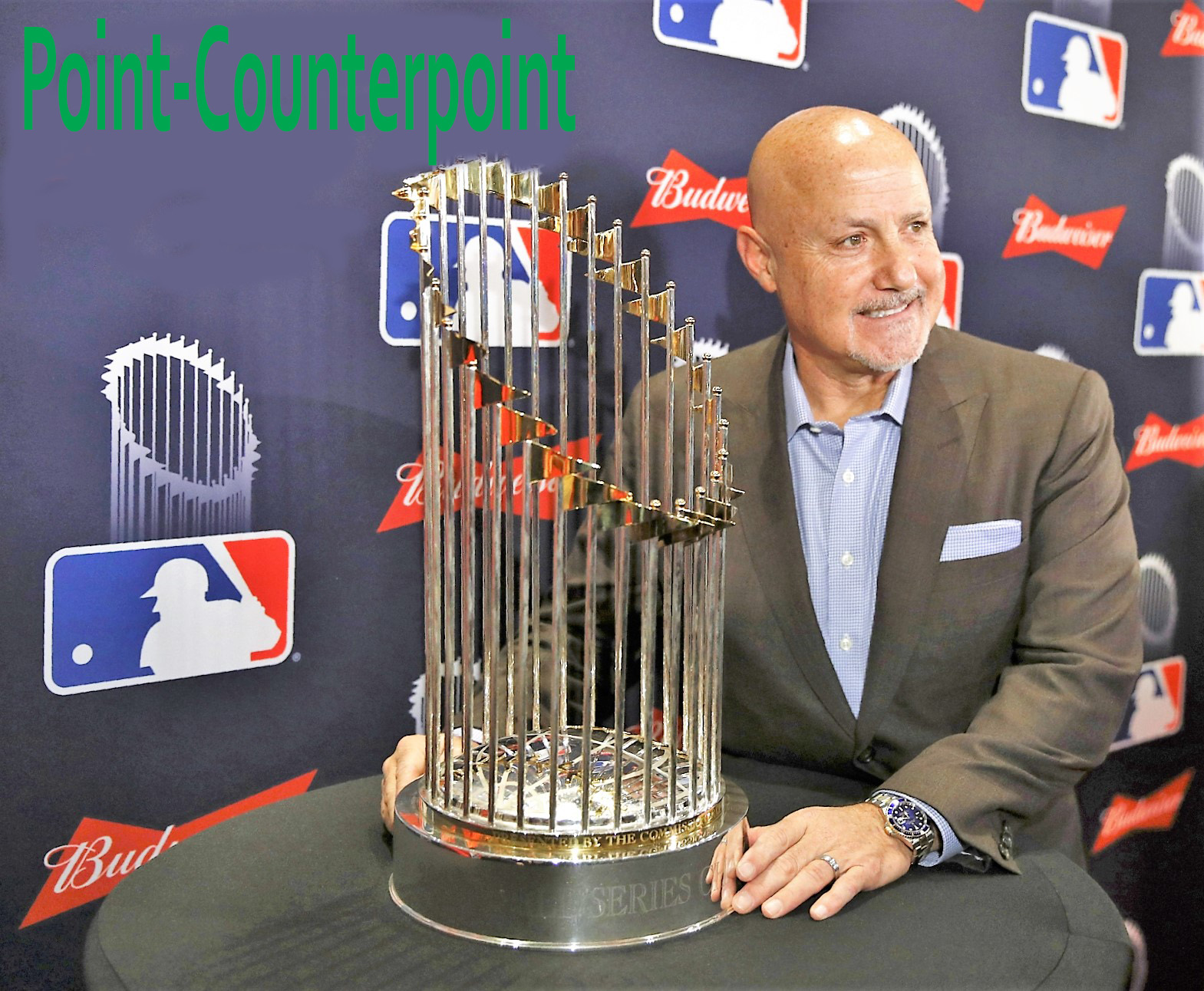 Welcome to our first Point-CounterPoint post where Steve debates a topic with someone. This idea grew out of emails that Steve and I regularly exchange on ideas I have that I am not sure I should post.

Our first topic is how to upgrade the offense.

Don: Mike Rizzo has a history of surprising virtually everyone with off-season moves. Virtually no one expected either the Jayson Werth or Max Scherzer signings. I wonder if this hot stove season will see another one that catches everyone by surprise.

Steve: Rizzo’s surprises have included trades also. But his free agent signings have only been as SURPRISING as his ability to spend money because few in the national media cared much when Starlin Castro was signed as the Nats biggest free agent position player last year. Yes, I’m hoping to be surprised!

Don: Here is my shocker idea – trade for Nolan Arenado. Yea, almost certainly not gonna happen. But lotsa folks said the same thing about Rizzo signing Max. And we all know how that turned out.

Steve: His salary seems like a deal-breaker. And the Nats don’t have the prospects to spare to get the Rockies to eat much of the salary. This would be the type of deal that solves most needs though.

Don: I tell the Rockies that the Nats will take on most/all of his contract – because as you say the Nats don’t have the prospects to incentivize the Rockies to eat much of the contract. By taking on the full contract we offer them Carter Kieboom.  But is that enough?

Steve: If Kieboom is not enough, who else to throw in could be painful. Erick Fedde or Austin Voth? If he is, ask about the salary. $199M over the next 6 years is a killer — both on cash flow and AAV. Again, I like it. He fits right back into that Anthony Rendon spot and life is good again if the dollars worked. It would be the time to pounce when the Rockies might eat several million just to regroup. They have to see the Dodgers and Padres at the top of the NL West and who knows what the Giants and Diamondbacks will do.

Don: Yea, the salary/AAV is a concern. But he is only 29. A pre-condition of the deal is Arenado agrees to an extension. He waives his 2021 opt-out which is is almost certainly not going to exercise.

He will turn 36 in April of 2027 – the first year of an extension. With the DH a certainty in the future, and the fact he could move to 1B at some point, there may not be much risk in extending him. He can clearly hit.

Steve: So tell me about the extension. I’m intrigued.

Don: Any extension would have to defer a lot of dollars to address the cash flow issue. You backload the extension with lower numbers to reduce the AAV – with opt-outs in the later years so he can either re-negotiate or opt-out if he is worth more than the contract value.

And point that he could do what Max did – establish residency in a state with no state tax so no taxes on the deferred $s. And point out that all his games in DC may very well be exempt from state taxes.

It may not be realistic, but never say never.

Steve: I like it. My own opinions have shifted with all of the great banter by people who make such great comments here like Marcell Ozuna who was the favorite “fit” out of the box has warts — like his defense and better options exist.

I went through Michael Brantley‘s numbers since 2019 and he kills RHPs. I would make him the #1 target for the outfield. And if you could get Arenado, this is the best team in the NL. I truly believe those two would transform the lineup and you are ostensibly taking the 2019 team with Brantley for Eaton and Arenado for Rendon.

At that point you could fill in 1st with Mitch Moreland and Ryan Zimmerman on the cheap and a catcher at league min like Alex Avila and stay with Erick Fedde as your 5th starter. I would pair up Kevin Pillar with Brantley as a killer platoon. I’m sure people will scoff at Fedde as the 5th starter — but remember, you can’t spend everywhere.

I often refer to that chart as the sum of the parts is greater than the whole. You take the strength of two players and mesh them together. Keep in mind also, that players like Zim and Droobs hit some righty pitchers well and that is the same for Pillar. You don’t want these players relegated to just starting one to two games a week. There are also park effect concerns with Moreland and with all of these players there is the age regression and health histories.

Don: Not sure we need to upgrade the outfield if we can get Arenado, but I like the idea. But I agree that would be a significant upgrade to the lineup. Not sure it would be the best lineup in the NL. But it would certainly be in the conversation.

I could go along with Brantley. But I don’t want Marcel Ozuna. He will cost too much because he just had his best year ever. He has been good offensively his entire career – but in only two of them has he been great (2020) or close to great (2017) offensively.

And his 2019 splits concern me – he was good, not great, when he played in the field.

Steve: I’m sure evaluators are concerned how much his numbers were bolstered when he didn’t play LF. But then he is ridiculously expensive to be a DH. I’ve always been intrigued by position splits and the sample sizes are large enough for Rizzo to pass if he feels he has better options. Let’s hope there are better options.

We certainly want to have more of these types of posts as we talk through what is sure to be the most unusual offseason that we have entered in the last decade. If anyone wants to do one of these with me, we can get it going on an email or Twitter DM and keep it going.

This entry was posted in Feature, Lineup, Point-CounterPoint, RizzoForADay. Bookmark the permalink.
← Previous Article | Next Article →