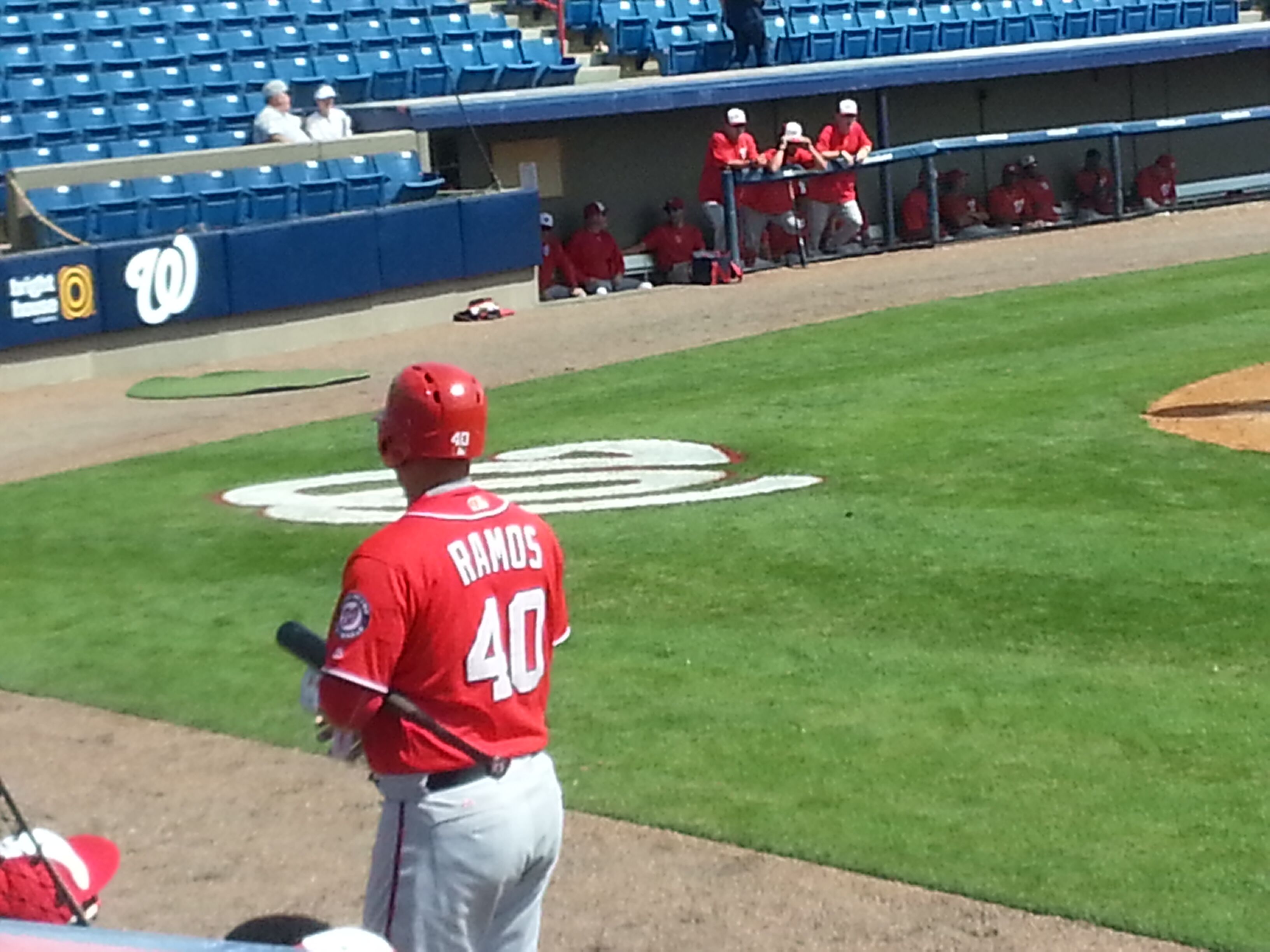 Photo by Gerry for TalkNats

Today is the deadline day for players to formally accept or reject their Qualifying Offer (QO). In normal times, it is usually clear-cut which way to go. These are not normal times. The rules say you can only be collared with a QO once which is why some player’s accept the QO which this year automatically pays the player $18.9 million for a one-year deal to return to their prior team. For instance, if Kevin Gausman accepts his QO, he would get paid $18.9 million and return to the San Francisco Giants and then would be eligible to be a free agent after the 2021 season without any risk of being QO’d again.

The QO can slightly penalize a player’s full marketability if they enter free agency because the acquiring team has to forfeit a draft pick at the very least and possibly some international bonus pool money. For the Washington Nationals, if they signed J.T. Realmuto, Trevor Bauer, DJ LeMahieu, or George Springer,  for instance, the Nats would forfeit their top of the second round draft pick in 2021 as well as $500,000 from its international bonus pool.

Here is a full-story on the QO players from MLBTR. There were six players in all, and we named five of them. The other is Marcus Stroman of the New York Mets who had an odd and controversial path to becoming a free agent. Technically, he was a Mets player in 2020, but never played in a game because he was on the IL earning service time and then at the point when he accumulated enough MLB service time, he then chose an opt-out using the COVID rules to decide not to play. In all, Stroman’s tenure with his hometown team was 11 starts in 2019 with a 3.77 ERA and an uninspiring 1.475 WHIP and a career worst 4.15 FIP. UPDATED: Stroman accepts the QO. Wise move IMHO.

During the 10-day QO decision period, players can gauge what their interest is with other teams and even sign with another team as the player could reject the QO before the ten-day perior like Trevor Bauer who quickly rejected his QO. Hindsight usually judges who made the wise choice to accept or reject the QO. Really, most of them are no-brainers. But each year hindsight has fostered a reason for debate.

The free agent market at the top-end will be set today after the QOs, unless there is a surprise non-tender for a high-end star on December 2nd when teams have to decide who they will tender from their arbitration-eligible players. Players like Francisco Lindor and Kris Bryant are on top of that list. Both players have been rumored to be open for trade, but you have to wonder what the teams will do if they cannot trade a player who they no longer does not envision as part of their future.

Why is Wilson Ramos ranked higher than James McCann for instance? His defense is in the bottom third of all free agent catchers, although much better than the departing Kurt Suzuki and Welington Castillo and the former Nats’ catcher, Matt Wieters, who is also a free agent. Why is Joc Pederson ranked higher than Michael Brantley? Maybe the Top-6 names are no-brainers, but if you are building your team with WAR and dollar-value, you would take Ramos and Pederson. But the scout’s eye looks more recent where McCann and Brantley were the better players. But if Pederson’s 2020 season was an outlier, and 2019 is what we can expect, maybe the Nats should look to him for acquisition. He has been great in the postseason although mostly as a platoon player. Brantley’s value has been consistently bashing right-handed pitchers.

Again, hindsight will prove out who the steals and deals were in free agency. Some of it is based on fit. Can Mitch Moreland succeed away from Fenway Park for instance? These are all valid questions that general managers and their staffs must determine as park effects can sway numbers. It is a legitimate fear with a trade for Nolan Arenado from the high altitude of Colorado along with playing so many west coast games. 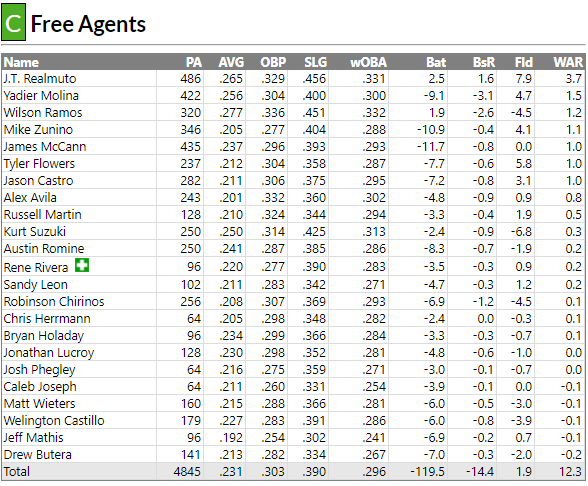 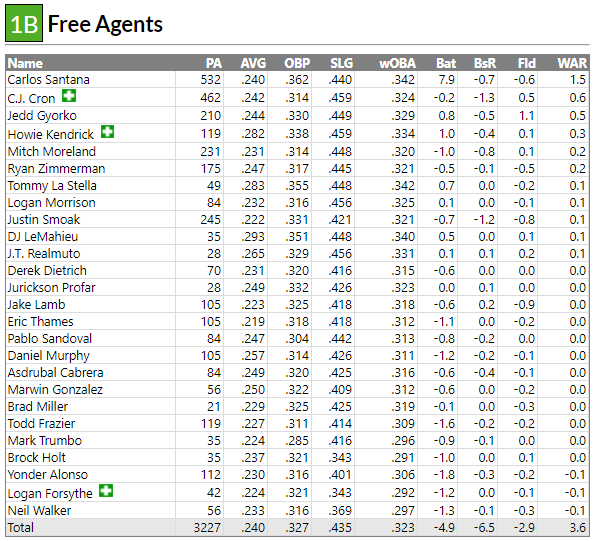 Are you swayed at all by these WAR projections? Do you go with Carlos Santana at first base, Joc Pederson and Kevin Pillar in left field, Wilson Ramos at catcher, and build from WAR value?