Elian Soto turns 17 today, and in 5 days should be officially signed with the Nats! 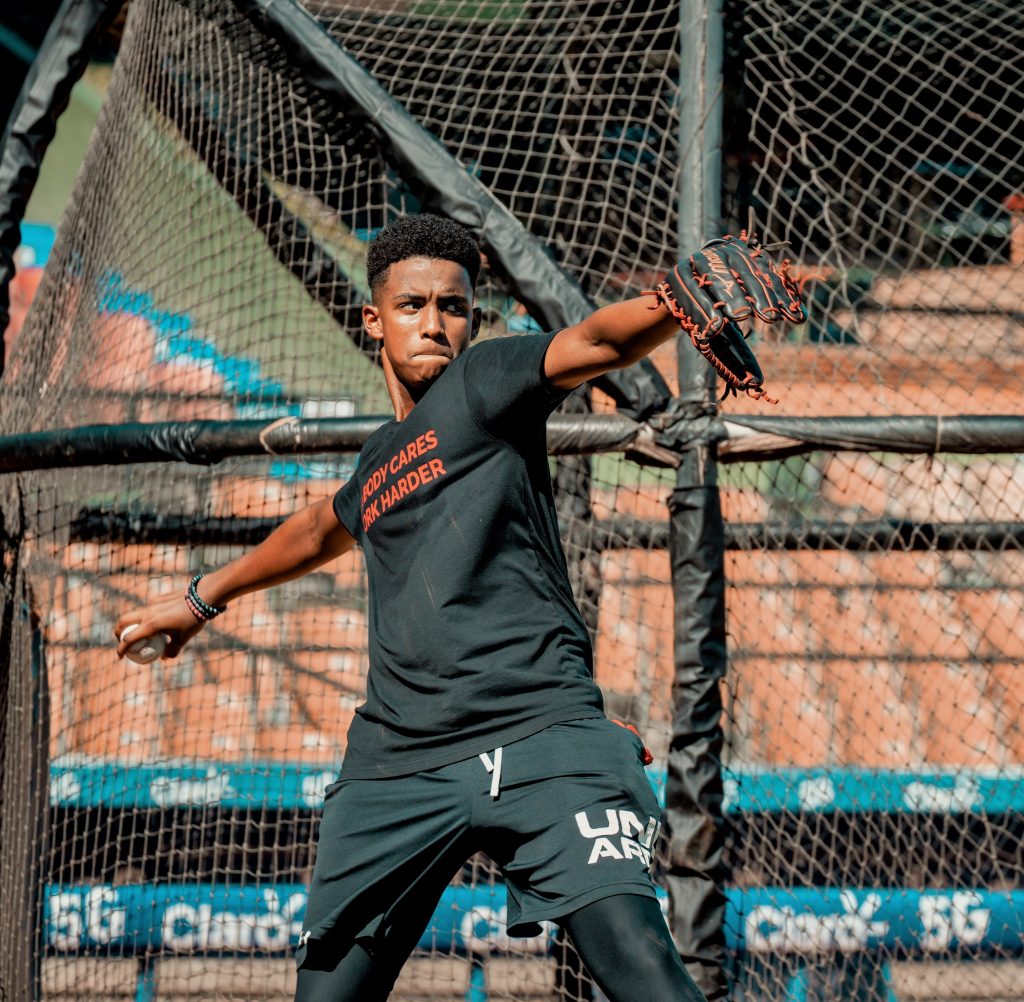 As Elian Soto celebrated his 17th birthday with family and friends today, the younger brother of Juan Soto should be following in his older brother’s footsteps and signing with the Washington Nationals as an IFA (international free agent) in five days. We certainly got to see a lot of the younger Soto for years when he was seen at Nationals Park and Home Run Derbys, and the World Series. Today, Elian is taller than Juan, and the Nats hope he is taller in his stats too. Can lightening strike twice?

Enjoy this for what it is as Soto is not ranked in the Top-50 IFA prospects. But there are some like Vladimir Guerrero Jr. who have said that at the same age, the younger Soto hits the ball harder than his older brother.

The Nats are linked to 4 interesting names. None can be official until January. pic.twitter.com/rmDyUPn6ha

By this point, the rumors of where the top IFAs are signing are not well-kept secrets as many teams have shaken hands with the players on a deal, and many of the players are working out in their new teams’ uniforms. But we have certainly seen the rare instance where a player changes his mind like Elian Soto who was rumored to be going to the Mets a year ago. A source told us in October that he was signing with the Nats.

The Nats have had a great Latin America scouting operation along with a state of the art baseball facility in the Dominican Republic, and those efforts have been led by Johnny DiPuglia – Director of Latin American Operations. Not only does DiPuglia’s group search for players in the IFA, but they also scouted Joey Meneses last year.

As of now, the Nats have been linked to IFA signings with SS Manuel Cabrera who is ranked No. 39 on that MLB Pipeline list, OF Andy Acevedo is ranked No. 45, and SS Edwin Solano is ranked at No. 46. Those teenagers are the top ranked IFAs hopefully all officially headed to the Nats on January 15.

This year, the Nats changed their long-standing strategy of signing one of the Top-3 players in IFA, and this year they signed more players of quality than they have done in past years with Yasel Antuna, Armando Cruz and last year with Cristhian Vaquero. who are all players that cost them near 80 percent of their total spending cap in the international free agency.

The No. 1 IFA prospect on the MLB Pipeline list is the 16-year-old phenom catcher, Ethan Salas, from Venezuela. Rumors are that the Padres will sign him for a $5.6 million bonus. His bonus, by the way, is more than the entire Nats total signing pool for this IFA at $5,284,000. The smaller the market, the more teams have to spend so the Padres have a cap of $5,825,500 to spend in total. Of course teams have ways to gain or lose spending dollars per the new CBA.  Here is the list of top bonused players on Baseball America as they track the anticipated bonuses that will be paid.

This entry was posted in Feature, Prospects, Soto. Bookmark the permalink.
← Previous Article | Next Article →