Brenner Cox offers more to the Nationals than you know 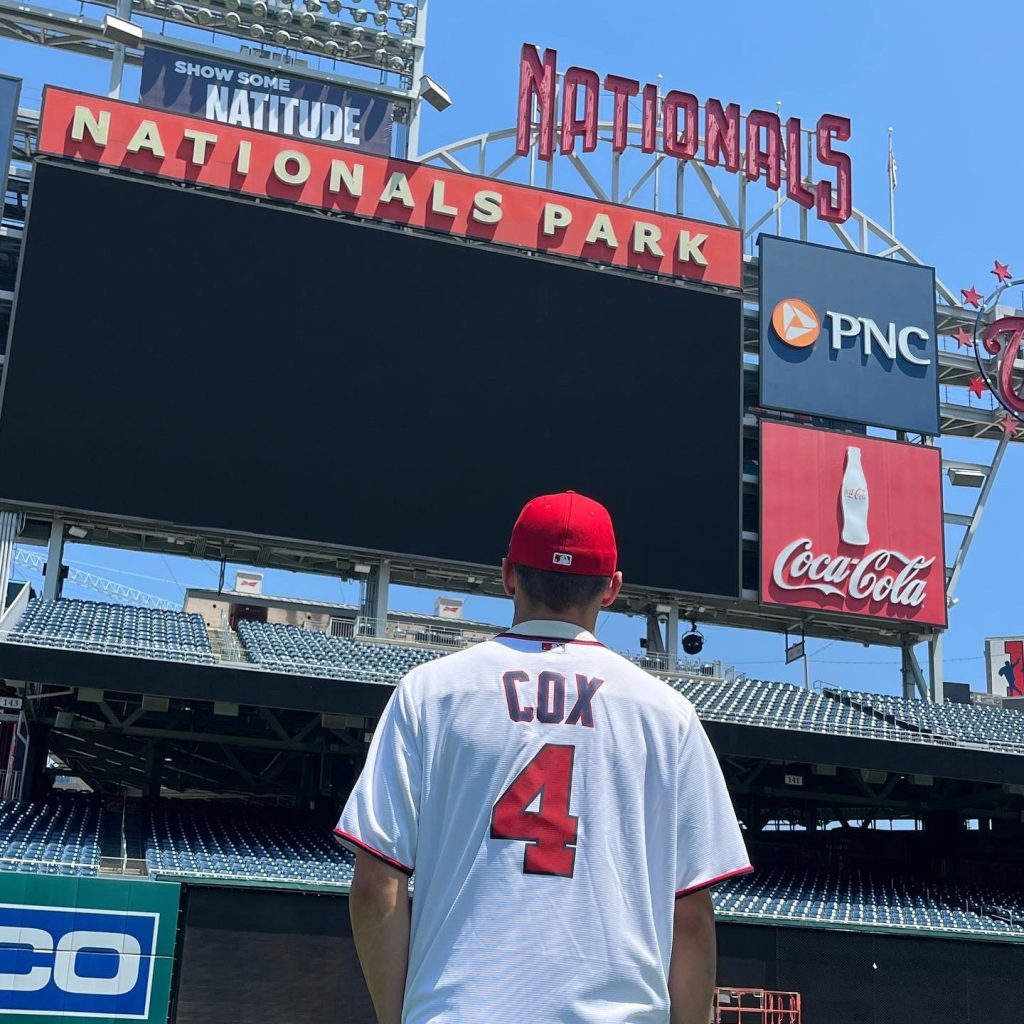 Heading into year three of a rebuild, the Washington Nationals need to capitalize on their draft picks now more than ever. The team’s poor performance during the 2021 season granted them the opportunity to select 5th in the 2022 draft, the highest since taking Anthony Rendon 6th in 2011. With that, the Nationals drafted Elijah Green. The athletic, powerful high school outfielder was the No. 3 ranked prospect in his draft class and was recently featured in MLB Pipeline’s “Best Draft Prospects of the Past Decade”.

Green lived up to the hype in his first taste of professional baseball. He hit .302 in 12 games in the Florida Complex league last August, but also struck out almost 50% of the time. Staying true to the boom-or-bust scouting report that has followed him since high school. Green, ranked No. 2 in the organization and No. 28 in MLB according to MLB Pipeline, will most likely start next season in Single-A Fredericksburg and keep earning recognition for his elite skill set.

The can’t-miss prospects in every draft are the most exciting for fans, however the job of an organization’s front office is to take players brimming with potential throughout the middle rounds and amplify their impact for the rebuild. The Nats found someone in the in the fourth round of last year’s draft that fits the bill. They selected high school outfielder Brenner Cox.

Cox, standing at 6′ 3″ and 195 lbs., is a gifted athlete with gap-to-gap power from the left side and exceptional projectability. The tools to be a future everyday outfielder are present, but at only 18 years old, development will be key. Over a very small sample size of 10 games in the Florida Complex League, Cox exhibited that potential. Over 42 plate appearances he slashed .286/.366/.400 with a 116 wRC+ (100 wRC+ is league average) while playing games in both center and left field.

“During my time in Florida, I learned that I was more versatile in the outfield than I thought I was,” Cox told me in a phone interview. “I’ve played center (field) my whole entire life and had never played another outfield position… but you know it’s still the same game – catch the ball, throw the ball, hit the ball.”

Prior to the draft every high school prospect committed to a college or university, and Cox was no different. While he was elated to have the opportunity to play for University of Texas, the call on draft night meant he could pursue the life-long dream of playing professional baseball.

“Mr. Rizzo called me (on draft night) and I said ‘heck yeah.’ (The Nationals are) a great organization, he’s a great GM, they have great player development. It was the place I needed to be.”

While his athleticism, bat-to-ball skills, and arm strength are all off charts, Cox’s selection came as a surprise to most, especially as high as 111th overall. Leading up to the draft he was not featured on any top draft prospect rankings nor was he on anyone’s radar. However, being left off of the lists was not due to lack of talent but rather exposure.

For most high school draft prospects, the summer is a time to travel the country with prestigious club organizations and get exposed to major league teams. There are countless events and tournaments that invite the best of the best to prove how their skills stack up. While Cox was eligible for these showcases throughout high school, he was tied to football for the second half of every summer. Cox, a talented quarterback at Rock Hill High School in Frisco, Texas, was recruited to be a two-sport athlete at the Division I level – a feat that very few athletes can claim.

“I didn’t do a lot of the showcases,” Cox explained. “(In high school) I stopped playing summer ball in the beginning of July. When they’re having the Perfect Game All-American, Area Code, and East Coast Pro showcases, our football season had already started, so I’m not leaving my team for that.”

How did the Nationals discover you?

“The area scout over here,” he answered. “There would be quite a few (scouts) at every practice and every game. Pro scouts from a lot of teams,” he continued, “I actually went up to DC two days before the draft for a pre-draft workout with them and Nate Ochoa (Nationals’ 2022 6th-round pick) was there also.”

As we all know, developing baseball players is more difficult than giving them opportunities to play, and Cox had high hopes regarding player development when he was drafted in late July. After five months, the Nationals have exceeded his expectations.

“They do an unbelievable job. They check-in a lot, the strength and conditioning coaches are always giving me workouts and stuff to work on, and the nutritionist – I love her, she’s awesome – gave me a plan,” Cox said. “I’ve always played football, so I’ve never had a period of time like this where I can just work on baseball. I feel like this offseason is really going to help me out in this upcoming season.”

According to MLB Pipeline, 10 of the Nationals’ Top 30 prospects are outfielders. While that may seem daunting for someone looking to climb these ranks, Brenner Cox is one of two who are still only 18 years old  – the other being seventh-ranked prospect Cristhian Vaquero, an international signee that has yet to play beyond the Dominican Summer League.

Before now, Cox has never dedicated an entire offseason to baseball. During the football season he would go months without touching a baseball, so having this time to focus on his craft is not only redefining his development but amplifying his love for the game. Cox’s talent and skill on the baseball field was already impressive, but now for the first time he has the same amount of time to improve as everyone else. For those reasons, look for Brenner Cox to make a splash and turn some heads in 2023.