Spending other people’s money and the search for a left fielder for the Nats! 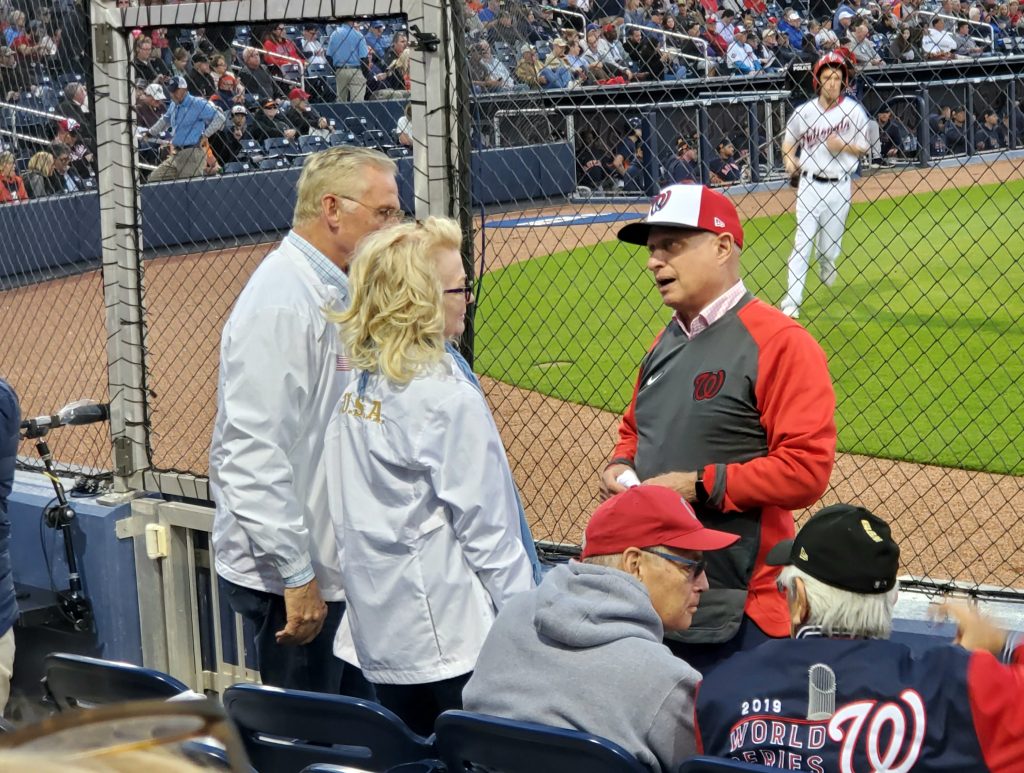 There are plenty of fans that wanted to see the Washington Nationals spend “big” in free agency. From our sources, the Nats have been “in” on deals that did not work out, but none of them were long-term deals. Part of the issue is that the team is still technically looking to be sold, and tying up money in long-term deals would bind the next ownership group. That is something the Lerners are trying to avoid because that would be spending someone else’s money.

Let’s face it, the Nats could have overspent on players, and if they sell the team before April, they would not pay a dime in salary since players don’t start earning their salaries until the start of the season. No salaries are paid out to players in Spring Training just daily stipends. Last year, the Lerners did try to pay Juan Soto the largest guaranteed contract in U.S. sports history for north of $440 million — but Soto’s agent, Scott Boras, indicated that they were not going to do a deal until they knew who the new owners of the Nats were going to be. Then why negotiate a deal in the first place?

Sure, the Lerners could have spent big this winter and gone out in a blaze of glory.  That just is not their style. It was interesting listening to Jayson Werth on MLB Network Radio speak to a story that was only rumor to me before that he was set to head to Boston on a six-year deal when the Lerners threw in a seventh year and got the deal done. Yes, it was an overpay at the time, but the Lerners needed to bring in a top free agent player to change the culture from losing to winning.

The Lerners tried the same approach to spend big before the 2009 season with Mark Teixeira when they offered him a record contract for a first baseman, and he took a lesser deal to play for the Yankees. Instead the Nats got Adam Dunn on a two-year deal. Before the 2010 season, the team tried to get Matt Holliday and ended up with Ivan Rodriguez. After that, they got Werth as the Lerners first 9-figure free agent deal.

Teams do not always get the players they want. But from 2011-to-2018 there were more hits than misses for the Nats as winning teams have the advantage over losing teams in acquiring free agents. From the 2015-2018 the Nats exceeded the CBT cap in three consecutive years and along with the Dodgers were the two biggest spending teams in baseball. Now the Nats are in this rebuild mode. Yes, it is painful. But if you believe in the process, it worked before, culminating in a World Series title in 2019.

So here we are pondering short-term deals and sources have indicated to me for over a month that the Nats have inquired on several left field options. AJ Pollock came off of the board yesterday, and the only viable short-term deals remaining seem to be for David Peralta and Adam Duvall. The one name our source gave us was Peralta as a fit, but that was before Dominic Smith, a lefty, was signed last week.

A source also told us that the Nats will be looking for veteran starters on minor league deals to add depth to the system after the acquisition of Trevor Williams. Maybe the only upside is if a veteran could be signed to a MLB deal like Zack Greinke or Michael Wacha.

So here we are watching the Nats as small-time players in the free agent market. A market that they dominated for a decade. But so many teams are not spending in free agency this year, and somehow the Nats aren’t in the bottom 25 percent of the non-spenders. The Nats’ CBT payroll today is a projected $116 million with an additional $4 million in incentive bonuses for Erasmo Ramirez, Jeimer Candelario and Smith which brings the total to $120 million. That is about $43 million under the league average, and clearly not enough to thrust the Nats into a discussion of sniffing the 2023 postseason.

At some point the Nats’ ownership situation will move in a new direction with a new vision, and spending will open up at a time when the top prospects are getting closer to helping the big league club. In this offseason, general manager Mike Rizzo is doing the best he can do under the circumstances. With no sale finalized, it has certainly put some uncertainty on the direction of the team.

“Update? I have no update,” Rizzo said on the sale of the team when asked at the Winter Meetings. “Those conversations are above my pay grade. We have our marching orders with business as usual. … We have some clarity on our budget constraints. We have to be prudent with the moves we make.”

You can really just call it what it is that business as usual is just the new norm until we see the change in direction. The next time Rizzo and manager Dave Martinez are set to speak is at an invitation-only event on January 28 for full-season ticket holders. With no Winterfest this year, this will be the final time we hear from Rizzo and Martinez until Spring Training.