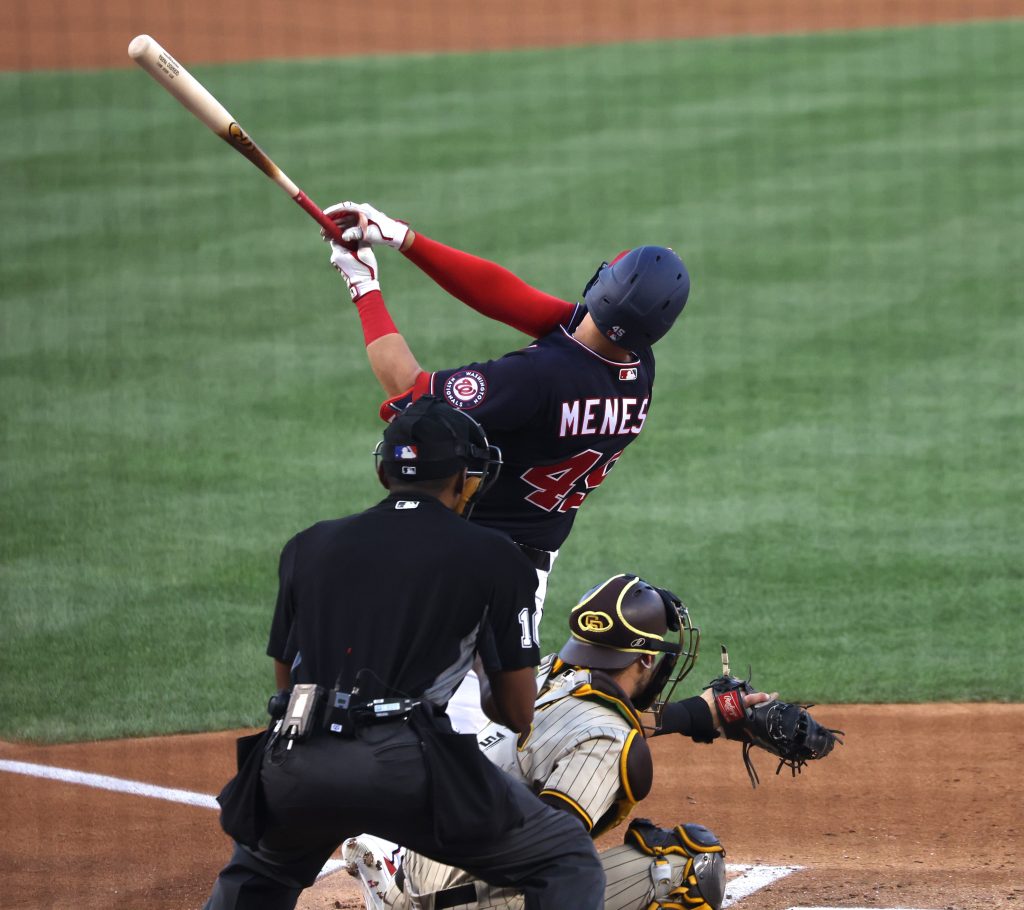 It does not take any analytics to conclude that the Nats gave up too many runs and did not score nearly enough runs in 2022, or for that matter in 2021 also.

So I decided to look at the stats to drill down on the why of the Nationals offensive woes as a complement of the what. I come at this from the perspective of someone who spent his career as what is now called a Data Scientist. I had the benefit of working for really smart statisticians when I graduated from college (way back in the mid 70s) and they impressed quite a few points on me, most notably:

Steve: So where do you want to start.

Don: The Nationals were awful against the NL East. So I came up with a hypothesis that perhaps the reason was that the NL East in 2022 had quite a few elite pitchers. Could it be that played a factor? To research that I used the GameDay data from the 2022 season. But any data scientist worth his salt will tell you that drawing conclusions from observational data (i.e., the MLB Game Day data) as observational data almost always has inherent biases that you have to deal with/remove. See point 3 above.

This table provides a summary.

Steve:  They were simply horrible against the NL East. We did know that and it was clear from the final W/L of 17-59 in their 76 head-to-head games against the four NL East opponents in 2022. That’s hard to believe but yet there it is. The Nats went 38-48 against the rest of the teams which was a .442 winning percentage and gives you 72 wins in a full season. Home runs were obviously a part of the issues.

Don: The HR scoring numbers got me wondering if there is more to the HR issue than how many there were and how that compares to the rest of MLB. The following table shows each team and what part of each team’s scoring is due to HRs.

Steve: To say I am not surprised that the Nationals were at the bottom of MLB certainly shows the failure to score runs at 26th overall. They went on that hot streak for a while when Joey Meneses came up but after Keibert Ruiz got injured it was as if the team fell apart again. The final three weeks of baseball was tough to watch.

Don: Neither was I. But that is where point #2 comes into play for me. So I decided to look at the number of Home Runs that were solo HRs vs. HRs with men on base.

Don: These results shocked me. The Nationals were close to dead last in the total number of Home Runs. In spite of that, they were #2 in the number of solo Home Runs.

Why do you want this guy?

Because he gets on base!

Steve: Classic line from the movie! Too many solo home runs is a problem, but not enough home runs and runs scored is what loses games for you. One name: Nelson Cruz

Rizzo counted on Cruz and he was a total disappointment. I’m not sure where this team will be in power in 2023, but it could be worse or we could be pleasantly surprised.

Lane Thomas will get his home runs and Meneses also, but then you are depending on Dominic Smith and Jeimer Candelario for most of the power with the rest coming from Ruiz and Luis Garcia and maybe some more power from the LF/DH spot that Meneses isn’t playing. Maybe that’s Matt Adams if you’re looking for additional power, but he lost his power two years ago with Colorado and that’s a concern. Maybe it is Michael Chavis. Not sure what you get there until we know the player that fills the last spot in the lineup.

Don: All great points. But I have to add the obvious point, 🙂, that a HR with a guy on base produces the same number of runs as two solo HRs. There is a reason to like guys who get on base.

This entry was posted in Feature, Lineup, NLEast, Point-CounterPoint. Bookmark the permalink.
← Previous Article | Next Article →