Breaking: Source on sale of Nats said “no sale” is current status! 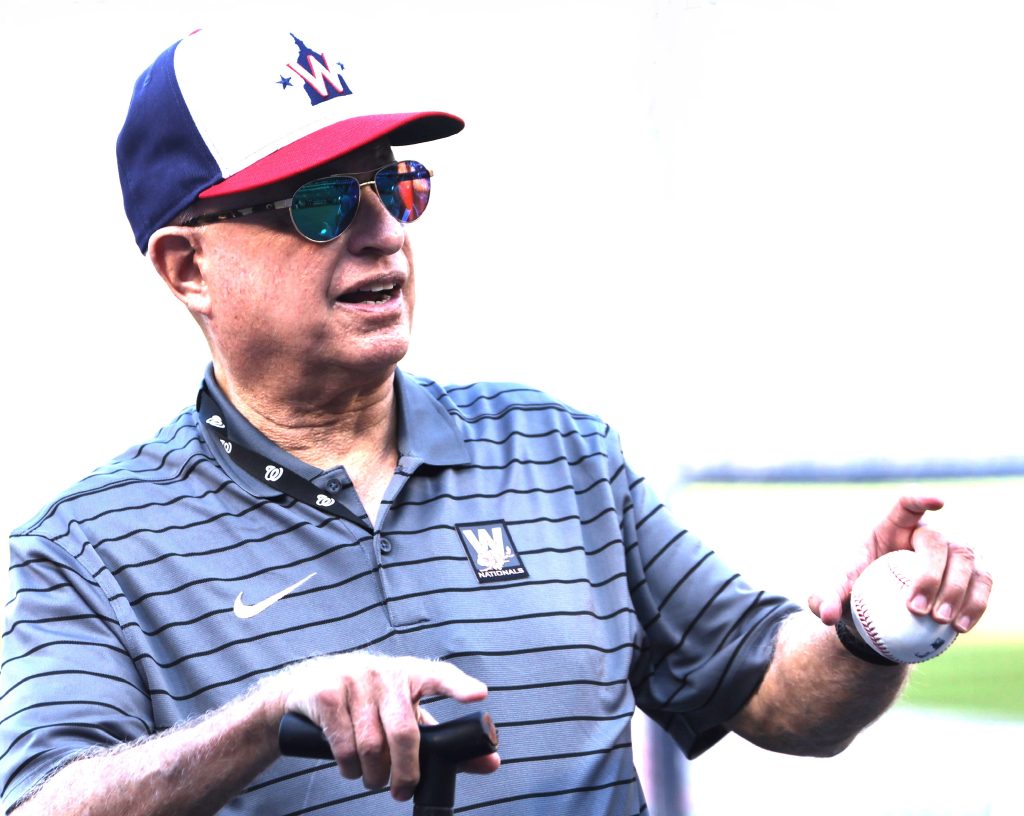 Tomorrow marks the ninth month since the Lerners officially announced they would explore a sale of the Washington Nationals on April 11, 2022. The Lerner family and sports team investor, Ted Leonsis, were getting closer to an agreement on the sale of the Nats, earlier in November, but as we reported at the end of November, it appeared they just could not get close enough — and were off by too many zeros to make it work.

A source tells us today that, “for all intents and purposes, there’s nothing happening anymore on the sale of the team with Leonsis. I won’t say it’s over. Just over for now.”

The source said technically that he would not say they could not close a deal together, but he just thinks that as of now, you just can’t say the team is close to being sold to Leonsis or anyone. Asked if the team is still potentially for sale, and the answer was it is the same situation as before that the Lerners will listen to any ‘qualified’ group. But this might take months more, or longer. The same issues exist as before as were cited that the valuation of the MASN situation is creating too large of an obstacle.

Should any of this surprise you? No. It was nearly seven years ago when the Lerners hired Korn Ferry to try to sell those stadium naming rights in March of 2016. The stadium is still called Nationals Park, just like it was when it opened in 2008, with the generic name — and no revenues derived from a third party that would want to advertise their name on top of the stadium. Every team in the NL East have sold their naming rights — except for the Washington Nationals. In the last ten years, the Marlins have had three names on top of their stadium, and Loan Depot is reportedly paying them $10 million a year! You can do the math on how much money the Nats did not take advantage of, but you could guess easily between $70-to $100 million.

While nobody knows for sure how much the Nats were looking to sell the team for, the estimates always were over $2 billion. With the skyrocketing prices for sports teams that include the Phoenix Suns, and possibly even the Washington Commanders, the Lerners will eventually get their asking price. Of course the Nats could still sell in full — or they could still look at bringing in a large minority investment.

“Word is the Nats are almost sure to sell,” Jon Heyman wrote in the NY Post in June 2022. “They’re expected to fetch at least $2 billion, but the behind-the scenes goal is $3 billion.”

As we warned back in August, MASN was the issue here, and we then broke the news that Leonsis had stepped up to the front of the pack in the quest to buy the Nats.  The issue with the team on the business side is getting paid “fair market value” aka license fees on their TV contract. The MASN TV deal is still being appealed in the courts with much uncertainty for the future as to what the right FMV is for the team to get paid by the Orioles’ controlled MASN. It is the MASN situation, rather debacle, that has been the issue in selling the team per sources. It has also been anti-competitive as the Nats get paid almost $60 million a year less than their division rival Phillies that play in a smaller market. That disadvantage has plagued the Nats and caused them to actually lose money. That is not a good look when you open the books to potential buyers of your business.

But if you took what the Lerners said on face value, when they first started exploring the sale of the team, it was never a sure thing that they would sell.

“This is an exploratory process, so there is no set timetable or expectation of a specific outcome,” Mark Lerner said in the statement on April 11 as the family began exploring a possible sale of the team. “The organization is as committed as ever to their employees, players, fans, sponsors and partners and to putting a competitive product on the field.”

The good news in the past few weeks has been the hiring of several highly qualified individuals for the analytics department, minor league development system, and the front office. There has also been hirings of some old employees that left and have come back another source told us that “the grass isn’t necessarily greener on the other side.”

The team has also had two new free agents signed in the past week pushing the CBT payroll north of $120 million. We will see if general manager Mike Rizzo is done with bringing in free agents as the team could add another starting pitcher. The team earlier today finalized a deal for Corey Dickerson in free agency.

Ted Lerner, 97, transferred day-to-day control of the Nationals to his son, Mark, in 2018. Less than two years later, the younger Lerner was hoisting up a World Series trophy, and since, has been finding out that it is not as easy as it looked back then. After the Nats made their first postseason in the 2012 season, season ticket sales boomed, and the team set a Nationals Park record with 32,746 average home attendance in 2013. Last year, attendance was only 25,017 per game, and it could be even lower this year and mirror 2009’s attendance of 22,435 per game.

Forbes estimated Ted Lerner’s net worth at $5.5 billion in 2016 as real estate prices were on the way up. In 2020, Lerner’s net worth plummeted to $3.7 billion due to the COVID crisis in that year and the crash of commercial real estate and shopping malls. Forbes places his current net worth at $6.4 billion today, and that cannot all be from a higher valuation of the Nats. Just seven months ago, Lerner’s net worth was $4.4 billion per Forbes at the time that the Lerners were exploring a possible sale of the team.. This updated valuation by Forbes of the Lerner fortune is up over 45 percent in a year that blue chip stocks on the S&P 500 are down over 20 percent.

At the same time, Leonsis and his Monumental Sports & Entertainment  is surging in its valuation also.  That makes Leonsis and his partners wealthier. But can and will Leonsis re-engage with the Lerners? Our source said of course a deal between those two could happen quicker than with anyone else, but says if it is not Leonsis, this might not happen until either MASN is solved or the Lerners would be wise to wait and see what happens when/if the Washington Commanders’ football team is sold.

The Lerners hired New York investment bank Allen & Company to explore a sale of the team, and Allen & Company are still engaged per another source. Here is an opportunity for a new group to come in or a previous group that had interest, given how much the valuations have changed on sports franchises in just the past three months.

Time will tell on this.

This entry was posted in Feature, Lerners. Bookmark the permalink.
← Previous Article | Next Article →