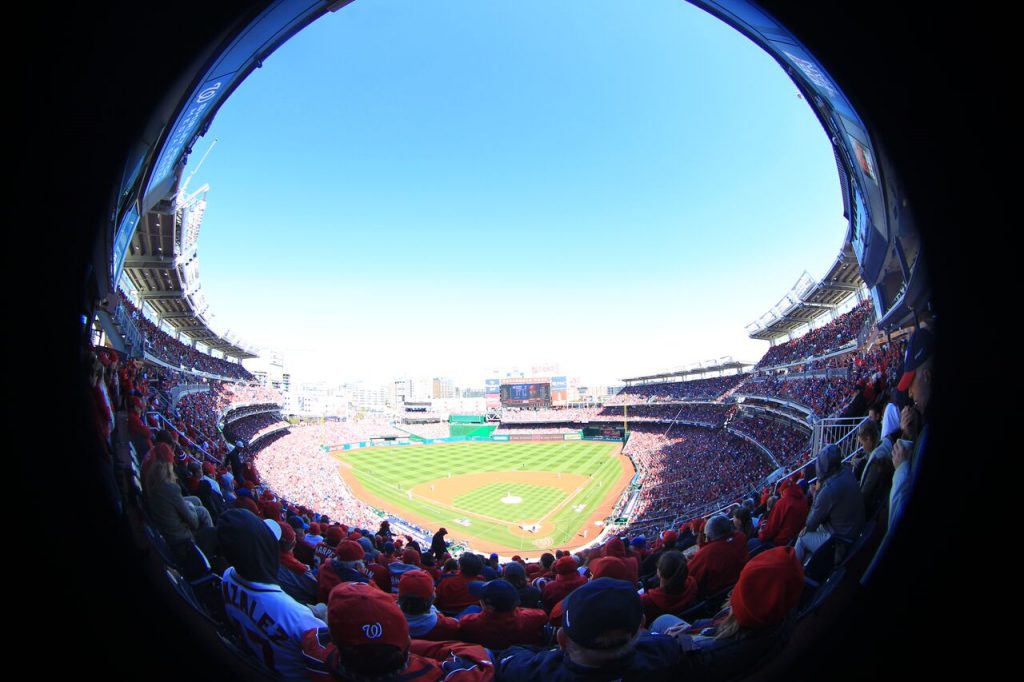 It was exactly one year ago this week when news broke that the Washington Nationals had contracted with Korn Ferry and MLB Advanced Media to sell the naming rights for Nationals Park, and there was speculation initially that the Nationals could wrap-up a deal quickly which was not the case as this is dragging on past the one year mark. A stadium naming rights deal could generate team revenues at $10 million or more annually with the marketing opportunity of the 2018 All-Star game as well as a team that can one day compete for six or more home postseason games in the quest of a future World Series.

Korn Ferry is a top executive search firm but they also do strategy execution. The Nationals, according to our sources, have done ‘dog and pony’ presentations for corporations from Under Armour to prominent banks and financial companies and even MGM Casinos if MLB would approve a gambling company as a stadium sponsor.

Early in the Nationals Park infancy, the Nationals were in talks with ExxonMobil according to a source, but as they say, “timing is everything” and oil prices were surging at the time as a gallon of gas surged near $4 a gallon in 2008 making that idea a “no go”. Second-hand information written on the TalkNats site claims the Nationals are closing in on a possible deal to transfer the naming rights, but their source within the Nationals would not reveal which corporation the Nationals were negotiating with.

“We want to find the right partner that will really be integrated in what we’re doing here,” said Nationals’ Valerie Camillo to Sports Business Journal. “This is not just a signage play or a media play. We think this will be compelling to both traditional and nontraditional sports sponsors.”

According to the Sports Business Journal, comparable stadium naming rights deals include Citigroup’s 20-year, $400 million naming-rights deal with the New York Mets, and the Atlanta Braves’ 25-year deal with SunTrust for their forthcoming Cobb County, Ga., ballpark, worth more than $250 million.

News also broke today on the Washington Post’s DC Sports Bog written by Dan Steinberg that the Nationals are building a below ground level box down the 1st base line. Our sources say this box is for sponsorship use only and not for sale for season tickets and possibly could be tied to the MGM Casino that would use this box for high-rollers. 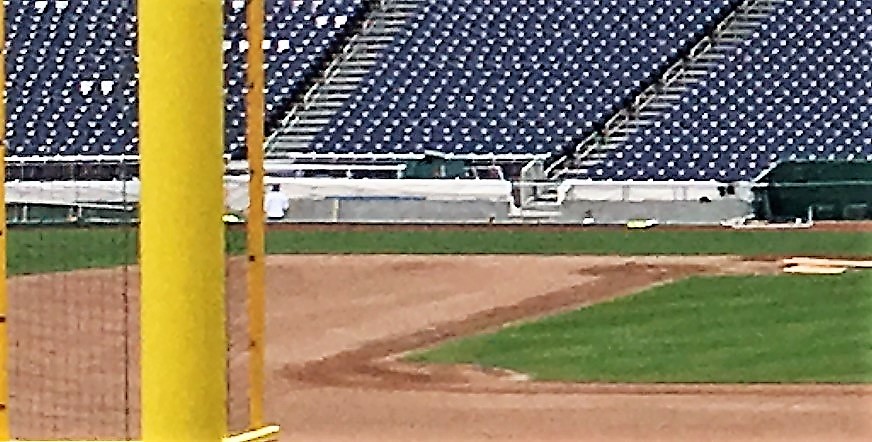 A look right into the new 1st base box at Nats Park from @babesandballers pic.twitter.com/X5i3VZrxt3

Now to really go out on a limb, could the new box and the stadium naming rights be tied together? Probably not, but stay tuned.

This entry was posted in Analysis, NewsAndNotes. Bookmark the permalink.
← Previous Article | Next Article →