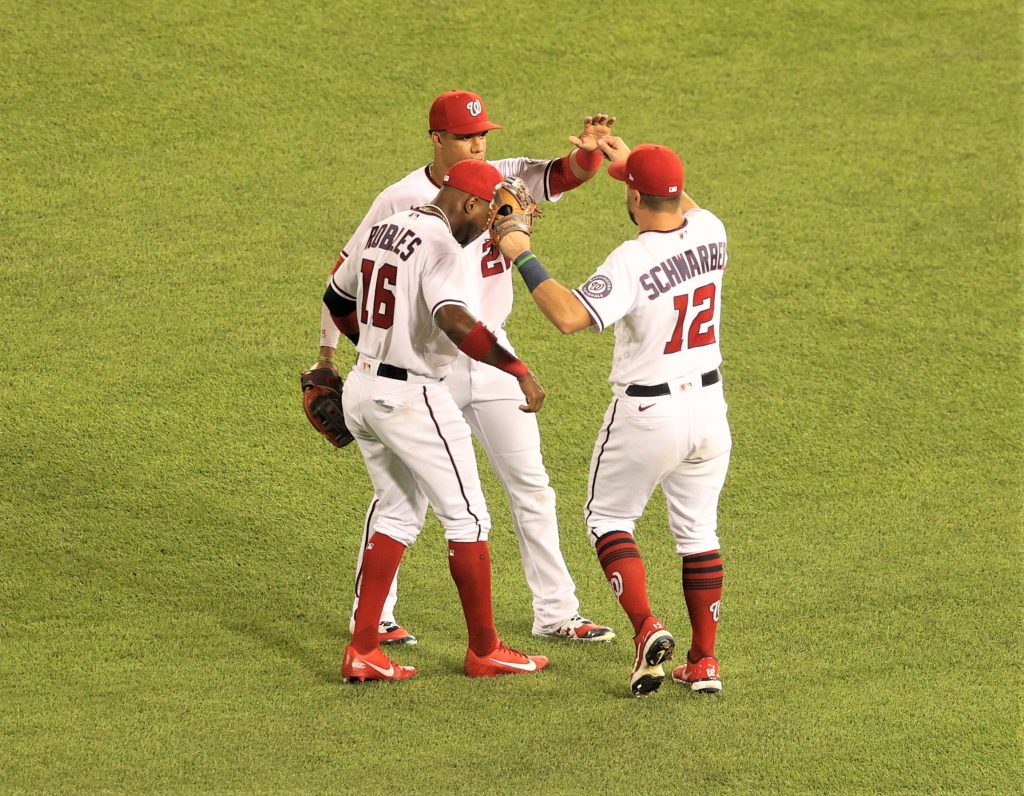 On the morning of July 1, 2021, the Washington Nationals were surging on the hot bat of Kyle Schwarber and just 2 ½ games from first place in the NL East. Then Schwarber blew out his hamstring the next day, and the Nats fell into a tail spin. It was 28 days later, that the Nats went into a sell-off mode that would take a year to complete. Of the starting position players from the 2021 pre-trade deadline that is left, it is just Victor Robles.

That July 30, 2021 trade of Turner and Scherzer to the Los Angeles Dodgers yielded Gerardo Carrillo, Donovan Casey, Josiah Gray and Keibert Ruiz. Half of those players have been DFA’d with Casey removed over the summer, and Carrillo yesterday in a purge of the Nats roster that has raised a few eyebrows. It will now call into question of whether that trade with the Dodgers was a bust for both teams. Certainly it did not bring the results the Dodgers wanted as they did not get far in the 2021 or 2022 postseason with Turner, and both Turner and Scherzer left for other teams in free agency. The Nats still have Ruiz and Gray on their active roster, and like any trade, should be judged well into the future in hindsight. The Nats only have 1 1/3 seasons with these players.

What led to Carrillo’s DFA? The Nats re-signed RH reliever Erasmo Ramirez to a one-year deal and needed a 40-man roster spot for him. Also part of the Nats official announcements yesterday was that infielder Lucius Fox cleared outright waivers and was assigned to Triple-A Rochester. Fox was DFA’d last week when general manager Mike Rizzo claimed RH pitcher A.J. Alexy off waivers from the Rangers.

The numbers are staggering as to how many players have been DFA’d and non-tendered. We had a list of 20 players from the 40-man roster who were at risk of a DFA. In early November we created a DFA risk chart after  Tres Barrera, Francisco Perez, and Seth Romero during the first wave. The timing of when to DFA a player is strategic. You want to pick players you want to keep at a time that teams are also reducing 40-man spots. So far, only Josh Palacios has been claimed by another team.

Other DFA’s are Evan Lee, Jackson Tetreault, Tommy Romero, Yadiel Hernandez, Yasel Antuna. Add the non-tenders of Erick Fedde and Luke Voit, and that makes a total of 13-players purged from the 40-man roster. Expect some additional moves coming, and of course during Spring Training, Tanner Rainey who is recovering from TJ surgery will be put on the 60-day IL and that will remove him from the 40-man roster. We will have to see the health of Stephen Strasburg as to whether he will be put on the 60-day IL.