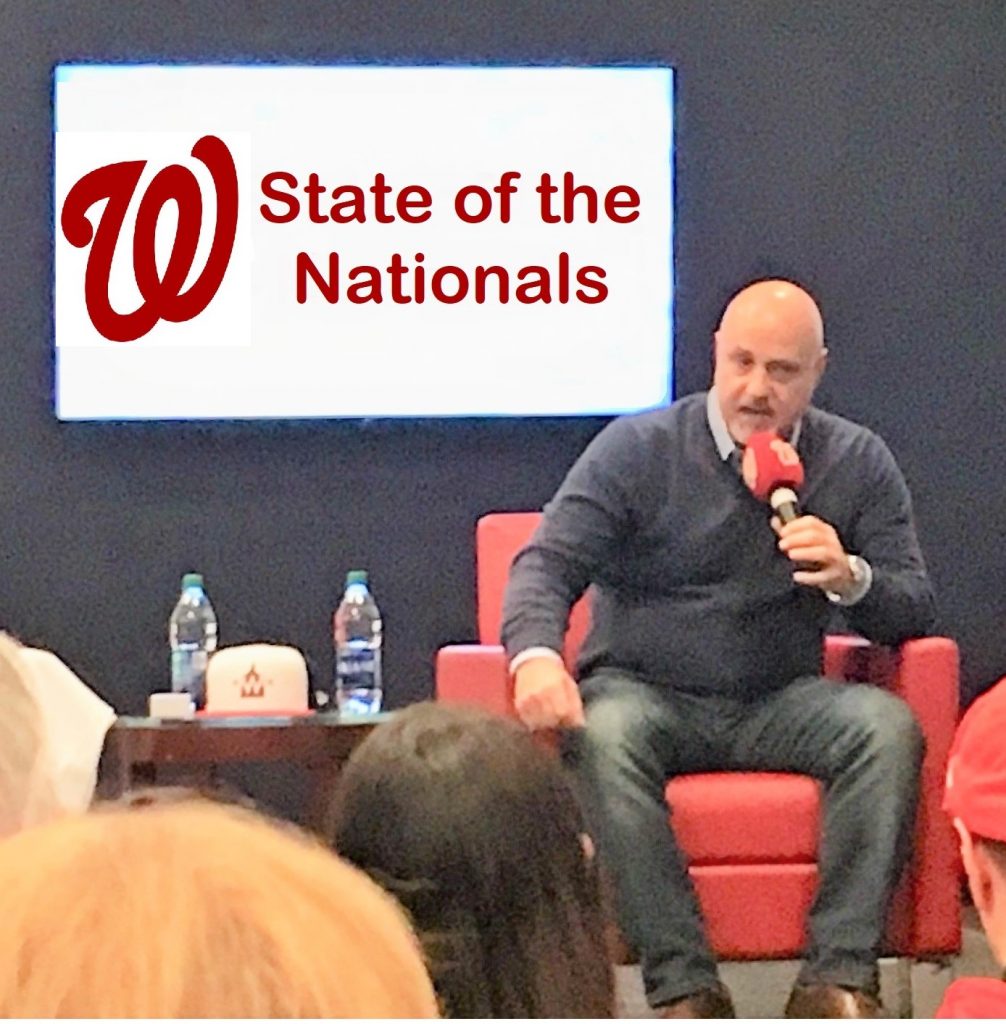 While we never expected the Washington Nationals would be “in” on the top free agents, we did expect, rather hoped, that the Nats would make some acquisitions to get the team to a FanGraphs projected WAR of 32.0 which would push the Nats above the bottom-5 teams. FanGraphs projects the Nats today at a team WAR of just 28.3 for third worst in baseball. FanGraphs projects the Nats to finish with a .429 winning percentage and a 69-93 W/L record for the 2023 season. Yes, that is a 14-game improvement over last year. Do that year-over-year, and we will have a lot to talk about two years from now.

The calendar will have us in January in less than nine days — and Opening Day is just 97 days away.  Nats’ manager Dave Martinez hopes were that he would net one to two starting pitching upgrades and a big bat this offseason. While the Nats got one starting pitcher in Trevor Williams and a nice bat with Jeimer Candelario, it did not move the needle much on that WAR odometer.

“So you’re talking about adding maybe one or two more starters,.”

The final starter’s ERA for the team was an atrocious 5.97 for this 2022 season, and the worst in Nats’ history by a wide margin. It is hard to believe you can win 55-games with pitching that performed as poorly as the results finalized at. The starting rotation showed some improvement near the end of the season if you are looking for some positive news, and it coincided very closely to the point in time when CJ Abrams played his first game at shortstop on August 15 as the defense improved.

“Starting pitching is the driver to me,” general manager Mike Rizzo said four years ago. “ . . . We’ve built our [rosters] based on having a guy in the middle of the diamond who gives us a chance to win every day.”

You have to think if no other acquisitions are made and everyone is healthy that Williams will join a rotation with Patrick Corbin and Josiah Gray with the addition of the two young starters, Cade Cavalli and MacKenzie Gore.

Manager Davey Martinez tells his boss what he needs to be successful. Starting pitching and another big bat. ⚾️ 💰 pic.twitter.com/Dq4TSZ2YXw

On top of that, it seems like Stephen Strasburg who is recovering from thoracic outlet surgery will not be penciled in for the 2023 season like he was for 2022. The team made a mistake to count on Strasburg for the 2022 rotation, and paid dearly with a lack of depth to assemble a competent starting rotation for the 2022 roster.

Hopefully there is more quality depth going into 2023 whereby the team does not have to force Cavalli and Gore into roles on the Opening Day roster if they are not ready.

“We’re going into the winter with a lot of different areas that we need to fix,” Martinez said. “But what I do love is that we get Cade healthy, MacKenzie Gore, who’s going to leave here healthy. They’re going to get a chance to come into Spring Training and compete. You’ve got Josiah, who learned a lot. You have Patrick, who I really felt like over the last six or seven starts he was getting back to what he was.”

We reported the Nats are looking for an outfielder and there are still some intriguing names on the list. Don H. took the remaining free agent outfielders and put together some contact charts. Green and Blue are good compared to rest of the MLB (i.e., all the batters except the 14 listed); red and orange are bad. Also pay attention to the N’s for pitches that are not strikes – small values there are a good thing, independent of the percentage. 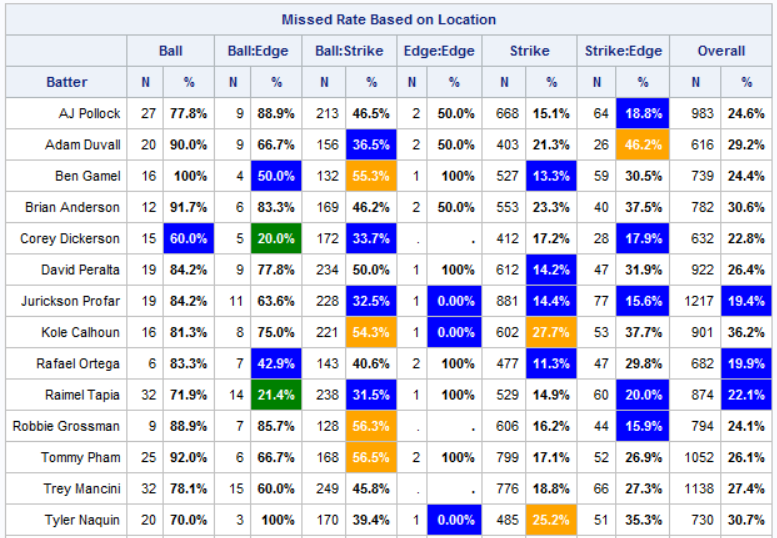 Maybe the Nats can find another 2.0 WAR and get above 30.0. Time is ticking away. Jurickson Profar is projected at a +1.4 WAR for the top of that list with AJ Pollock next at +1.1 followed by David Peralta at +1.0.

And here is another table that shows a number of metrics about these players. Again, the color coding is as follows:

when compared to all the other players in MLB for 2022. 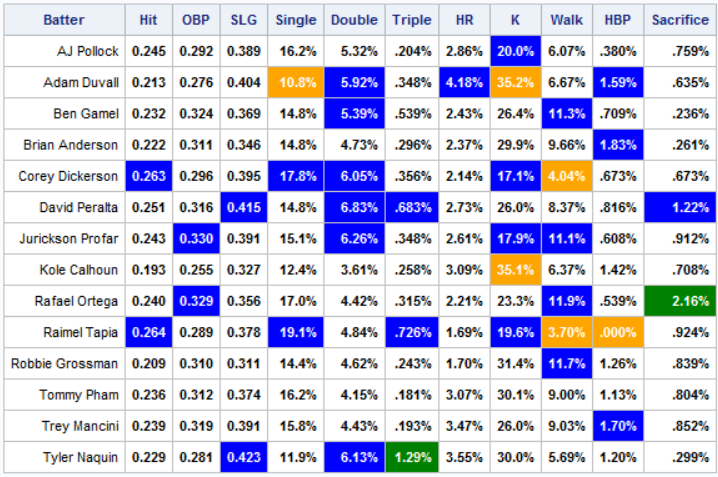