Most every batter wants to only swing at pitches he can hit. Clearly some are much, much, much better at it than others.

UPDATE: This work on this article started a while back and it was mostly completed before the Jeimer Candelario signing. So the tables were recreated to include him. Note that Nationals players from 2022 no longer on the team are included in the table for comparison purposes. 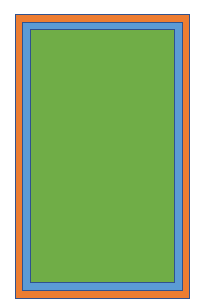 The image at right is an illustration of how the video describes the strike zone as follows:

So we have 9 areas: Strike (green or blue), Edge (Orange) or Ball (outside the orange) for the horizontal and vertical dimension.

For anyone who is interested here is a screenshot of one PA and shows the PA/AtBat data and the Pitch data which is a child of the AtBat data row. 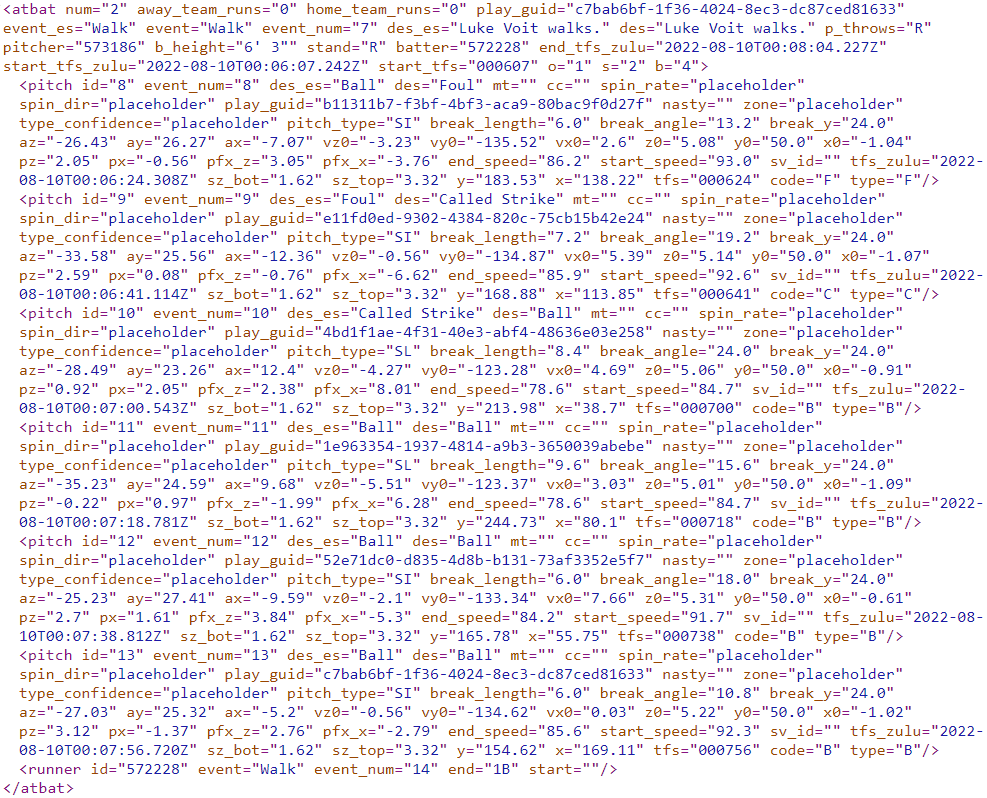 With the above background I decided to look at all the Nationals batters and determine what percent of the time they swung at pitches in each area. 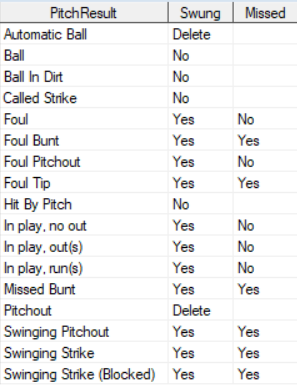 Steve: I think it would be better to look at the swing and miss rates. Some guys like pitches out of the zone.

Don: Great point. I can easily rework the logic. The table shows how I recoded the PitchResult value (DES in the source XML files for anyone who is looking closely). The table includes all the distinct values found in the data. The Swung and Missed fields are my recode based on how it appears other sites do it.

For the purposes of the Swing and Miss calculation, I only include the pitch rows where the value of Swung is Yes.

The table below shows Swing and Miss calculations for the following combinations.

Note that additional detail is available. For example, we can look at which dimension is a ball or a strike or edge for both the horizonal as well as vertical dimension. Summarizing to that level would be far too detailed to start with IMO. And for Edge and Ball, we can also distinguish between inside vs. outside. 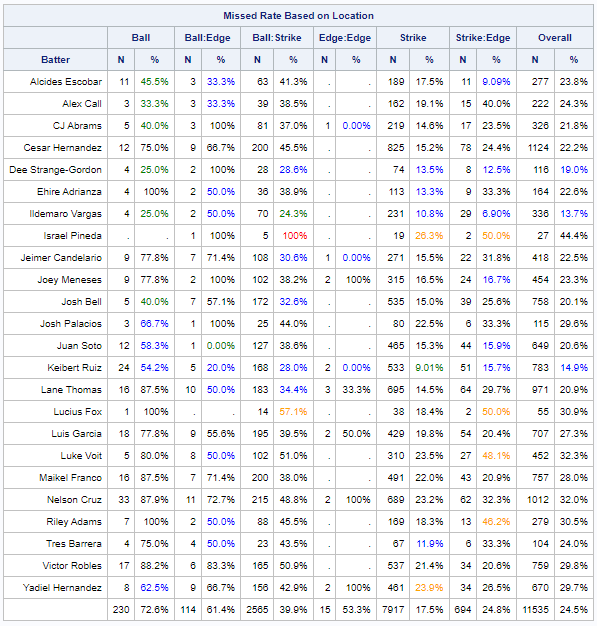 The color coding is based on looking at the 10th, 25th, 75th and 90th percentiles for the rest of MLB (i.e., all players excluding Nationals batters). And to clarify a nuanced point, the data for Bell and Soto count in the above table for when they were on the Nationals; when they batted for the Padres, the values are used in the percentile calculations.

I like that Ruiz has a lot of Green and Blue. I am a bit surprised that Vargas has as much blue as he does. Perhaps that is why he continued to play. The results also perhaps make it clear why Voit was non-tendered.

Steve: Not at all surprised about Ruiz. On Vargas, nobody should tell Stever 🤣.

Don: I think he will notice.  Quite a few of the columns don’t have many pitches that are swung at. That also provides some insight. If there aren’t many Edge:Edge swung at, that is a very good thing.

The following table drills down on horizonal and vertical dimension for the columns that are not the same in each dimensions (i.e. all but Ball, Strike, Edge:Edge). Note that the same color coding is used. Lots to digest here. 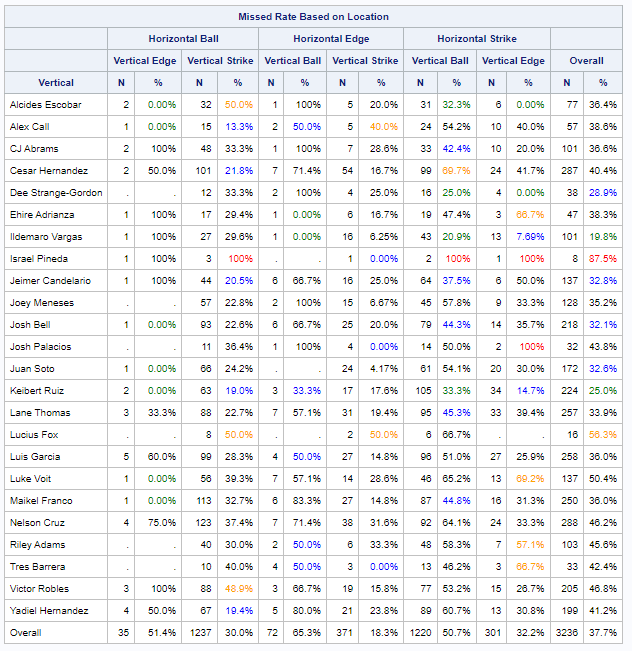 Steve: Indeed there is. I hope someone is telling Victor about how often the pitch is at the height of the strike zone but is not a strike.

Seems to me we should should go with this now and get feedback on what further detail the TalkNats community would like to see. That can then perhaps be a followup post at some future point in time.

This entry was posted in Analysis, Feature, Point-CounterPoint. Bookmark the permalink.
← Previous Article | Next Article →