Offseason spending for the Nats is now minus Nelson Cruz! 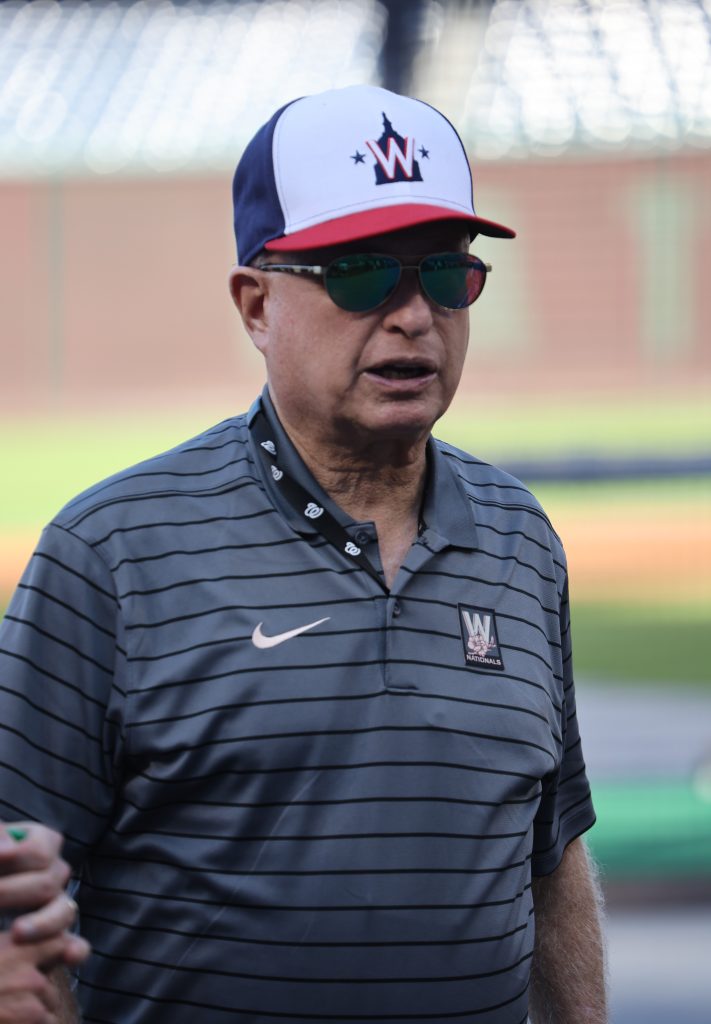 As we reported last month, the  Washington Nationals were going to decline the mutual option on Nelson Cruz, and they did just that on Sunday. That almost locks in the Nats payroll with the CBT accounting at $114 million unless the team does not tender a contract to Luke Voit, which seems unlikely that would happen.

What does all of that mean? To the casual baseball fan, that means nothing because it lacks context, but if you look at Spotrac’s number — the average team payroll in 2022 was $163.4 million in MLB. That is the number you would hope your team is at or above. Some would say the Nats are possibly going to be sold and they won’t spend. Why would that be the case? You have a business to run and customers that deserve a better product. Maybe Ted Leonsis and David Rubenstein finalize a deal to buy the team tomorrow, and then we rewrite this with a whole new set of expectations. Today starts the General Manager’s meetings in Las Vegas. It is a good time to start thinking which agents you want to talk to in Vegas this week. But today, let’s just assume business as usual as general manager Mike Rizzo said at the end of the season.

“We’ll have a conversation with ownership to see where our [budget] parameters are,” Rizzo said in early October. “Business as usual like any year.”

When the Nats first made it public that they would explore a sale, they said “it [will not] impact the team’s ability to make baseball decisions” and “it will not distract the organization for our goal … of field a winning team.” Well, they were 27 wins short of fielding a winning team in 2022. Words should matter.

“This [exploratory sales] process does not impact the team’s ability to make baseball decisions,” team spokeswoman Jennifer Giglio sent to the Washington Post in April when the team was exploring a sale of the team. “It will not distract the organization from our goal of being a first-class organization — and fielding a winning team.”

When the Nats reportedly offered Juan Soto a record breaking deal of $440 million for 15 years, it seemed like those words were spot on that the team was still making prudent baseball decisions. Soto didn’t take the money and the team ran. Now you hope that Rizzo has received his budget to spend and increase payroll to at least that league average. That is how you help impact your young team in fielding a winning team!

To go into 2023 with no free agent upgrades to this pitching staff could be potentially devastating. As we wrote last week, the final starter’s ERA for the team was an atrocious 5.97 for this 2022 season, and the worst in Nats’ history by a wide margin. The Nats were just 2 earned runs by the starting pitchers from being at a 6.00 ERA. How crazy is that? The Nats starters also had the third fewest starter innings in the Majors. Not only did they not go deep in games, they were horrible as a group.

Because the bar has been set so low for the starting pitching, it won’t take much to improve that 5.97 ERA since that is an average. We counted 42 free agent starting pitches who are better than that 5.97 mark. Even Garrett Richards at a 5.27 would be an improvement. Trust me, I’m not advocating you sign Richards, I’m just saying that is how low the bar has been set.

For the record, I’ve already said go out there and sign Martin Perez and Ross Stripling. As a pair, they will push you nowhere close to $50 million in a “spend” per year. Look, Fangraphs thinks Stripling gets 3 years at $10 million a year and Perez at 2 years and $15 million each. Add that together and your annual spend is just $25 million! This isn’t hard. And by the way, Fangraphs has Michael Wacha (3.32 ERA) costing you 2 years at $10 million a year if you want a third starter or you cannot get Perez or Stripling. Just get real upgrades is the point.

You want one bat? They have Michael Conforto for one year at $12 million. If Fangraphs is right that Dansby Swanson is only going to cost $24 million, I’d give him $25 million a year for 8 years and blow away those numbers, and spend my $50 million on Swanson ($25 million) to third base, Perez ($15 million) and Stripling ($10 million) and I am done. Oh, and Joc Pederson who finished 15th in all of baseball in OPS, didn’t even make Fangraphs Top-50 free agent list.

Okay, give me $62 million to add for Conforto or Pederson to this package of Swanson, Perez, and Stripling, and I promise you that I won’t ask for any more money. If Lerners balk at that, I non-tender Voit and Fedde, and voila, I can do it all at $163 million. Some creative accounting to stay at that number will be easy. Make it happen. That is how you move towards fielding a winning team. The Lerners have to do the right thing here and publicly say it. Then Rizzo has to go out there and spend it, sooner rather than later.