The Washington Commanders could complicate a sale of the Nats! 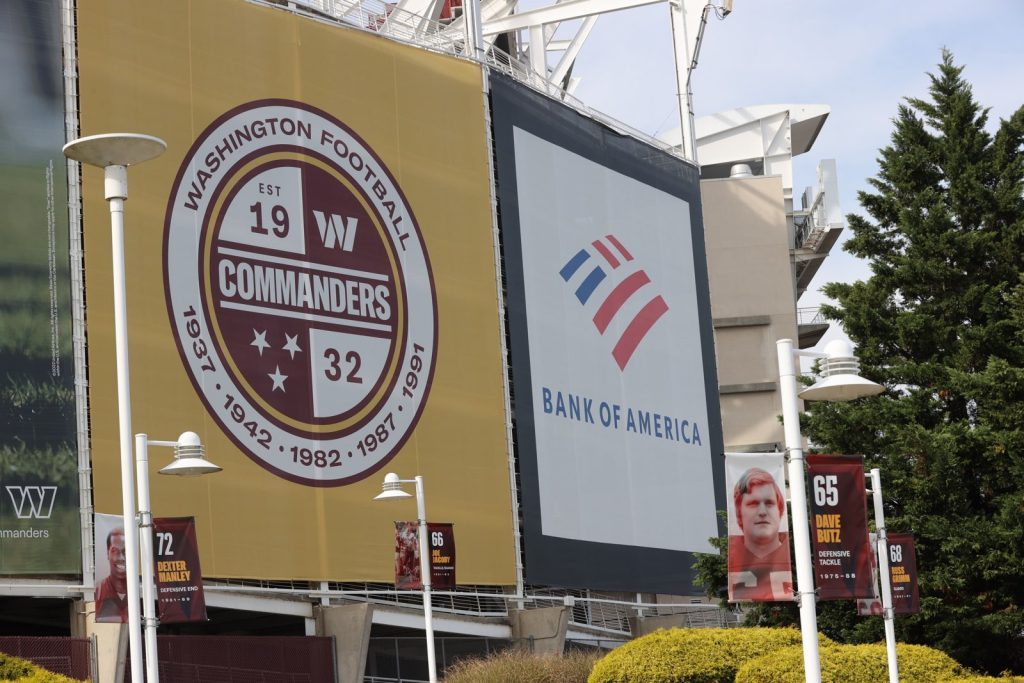 Photo by Sol Tucker for TalkNats/TalkCommanders

When Mike Ozanian of Forbes broke the news that the Washington Commanders football franchise could be up for sale, the DC sports shows went into overtime. While the Commanders generally dominate the sports talk radio scene anyway, this was the news that few expected would ever come. Valued at $5.6 billion, the Commanders are one of the most valuable sports franchises in the world and worth well more than double the valuation of the Washington Nationals.  Could a possible sale of the Commanders affect the Nats sales status? The answer is “maybe” it could.

It was April 11th of this year when the Nationals decided to make it public that they were going to explore a possible sale.

“This is an exploratory process, so there is no set timetable or expectation of a specific outcome,” Nats’ principal owner Mark Lerner said in the statement exclusively to the Washington Post. “The organization is as committed as ever to their employees, players, fans, sponsors and partners and to putting a competitive product on the field.”

Seven months later and nothing but roadblocks in a possible team sale as we reported due to the MASN impasse, and no sale…yet. This seems to be taking the same bumpy road that the Lerners embarked on when the team announced over six years ago that they were exploring the sale of their stadium naming rights with the headline in the Washington Business Journal, “Nationals get serious about selling naming rights for Nats Park.” The stadium is still called Nationals Park. Were they serious? This is why some believe the Nats will not get sold, and a source told us that once again the Lerners cost themselves a lot of money.

The DC sports landscape might be changing more than anyone could have imagined by Commanders’ owner Dan Snyder’s exploration of the sale of his team. In a strange twist, this could affect the Nats’ possible sale if potential buyers pivot in any way towards the football team. One source told us that a potential owner does not even have to pivot to disrupt a sale of the Nats, rather they just need to cause prospective buyers to put things on hold. It might be diligent per our source for a buyer to see where things go with the Commanders.

One other twist in all of the franchises for sale scenarios is that the Baltimore Orioles might also be available for sale per reports. That would make three major sport teams potentially for sale in the region. We sent this article to Bob Malandro for comment. He is the Managing Partner at Whitecap Sports Group in Tampa, Florida. Sports franchise sales is the specialization that Malandro operates in, as he has filled out many ownership groups with his clients that are eager to invest in sports franchises.

“This article is correct in that the Commanders are now a new shiny toy to consider for those who are looking at the Nats — that is presuming the Commanders are in fact for sale, which seems a bit preliminary to say,” Malandro said. “No one is likely to try and buy both — and even the list of people who can do one [team] is very finite, so at the very least the pool of suitors will be diluted a bit more.  Also factor in the other major league teams that are potentially available — it is an unusually crowded market of inventory.”

Malandro makes a very valid point that while teams are exploring a sale, it does not mean they will be sold — and that is an important distinction.  The delays on the Nats not consummating a sale have made this a more complicated issue with the Commanders possibly being available on the market.

Sources have told us that it is the MASN debacle that has been the main reason that the Nationals were not sold already and could be the reason the team goes unsold. Next year, the Nationals will own 24 percent of MASN and will cap out at 33 percent ownership in 2032 as their ownership increases 1 percent per year until they reach that 33 percent. It is a key to differentiate between what MASN owns, and those are the rights to broadcast Orioles and Nats games. They must pay to each team the annual rights fees at fair market value to broadcast the regular season games. The issue has been agreeing on what is fair market value.

The Forbes article notes that there are four potential buyers already interested in the Commanders. On Bookies.com, their site has named several odds on owners, and one name stands out — TED LERNER — with the third highest odds. How? What?

Odds on new Commanders owner or Dan Snyder sticking around from https://t.co/3WpGWiCgHe pic.twitter.com/t09twxEYaT

How would a Lerner purchase of the Commanders make any sense? It really doesn’t. But if you connect the dots, Lerner was an original bidder against Snyder and others for the former Washington Redskins when the Cooke family put the team up for sale in 1999. Many believe Amazon founder, Jeff Bezos, would be the most likely buyer for the team. Bezos has a home in Washington, D.C. as well as he owns a majority share of the Washington Post, and of course he has a second Amazon headquarters on the Virginia shore of the Potomac River.

There are no indications at this point as to whether Ted Leonsis’ Monumental Sports & Entertainment group would pivot to try to buy the Commanders. A source told us it would be risky if Leonsis did because he could swing and miss on the Commanders and blow his chance at a baseball team that would give him a full 360 days a year coverage from his fall and winter sports of hockey and basketball to baseball that spans the spring and summer. The source went on to say that a football team’s game coverage is controlled by the NFL and would not benefit Monumental’s cable network except for the less popular pregame and postgame coverage. But another source said, “Who knows, anything could happen here.”

Then there is the desire for the Commanders to move to a new state-of-the-art stadium, and many politicians were happy to weigh-in on that.

“I think it sounds like a positive move for the team,” D.C. Mayor Muriel Bowser told reporters yesterday afternoon about a possible sale of the Commanders.

Bowser also made it clear that the team should relocate back to Washington, D.C. from their current location in Landover, Maryland. A more popular football team would once again attract more fans, and that has to be attractive to a buyer who could see that a sold-out football stadium is a good thing for the region.

This is just the beginning as another source said. Yes, we will see how all of this unfolds for the Nationals, Commanders, and prospective new owners. For fans of both teams, you would hope this would not affect the product on the field.