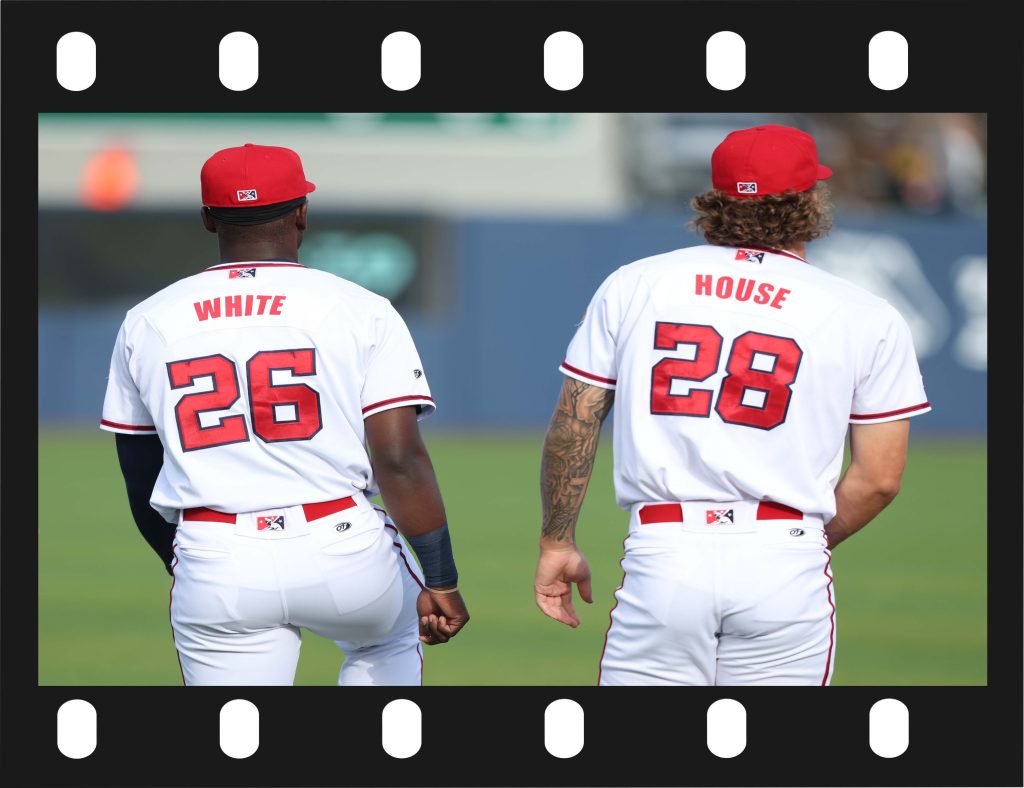 Going from the rankings of the Washington Nationals top prospects yesterday, to what the core of the team looks like is easy to do at the present. But looking a few years into the future is like dreaming. Again, a year ago the Nats’ farm was ranked last in MLB. Today, it is in the top dozen of all farm systems thanks to the haul received back in the Juan Soto trade. There are enough team-controllable players and top prospects to fill every spot for the position players plus some backup bench spots in the year 2025.

We can certainly debate the Washington Nationals prospects lists and whether it should be Joey Meneses or T.J. White for first base, and Jake Alu for a starting spot or where Jeremy De La Rosa, Cristhian Vaquero and Armando Cruz fit in. Matt Eddy is Baseball America‘s executive editor, and he posted this yesterday:

Again, everyone has an opinion, and your mileage may vary. Five of the names on Eddy’s list must come through the Nats’ player development system and live up to the hype. That rarely happens, but never say never. Again, these are the fun types of projections and shows that the Nats can literally pencil in eight position players from all players who have ranked as a Top-100 prospect -except- for White who might find his way onto the list at some point since he just turned 19 three months ago.

Incredibly, all of those names on Eddy’s list have been Top-50 prospects by analysts except for Luis Garcia and White. While Brady House and Elijah Green have fallen back on some lists, both are still teenagers and will be playing in Class-A to start 2023.

The current core of Luis Garcia, Keibert Ruiz, and CJ Abrams are already contributing for the Nats and Garcia and Abrams could be the middle infield for a long time for the Nationals. The corner infield could see Alu at third base and Meneses at first base until they are unseeded. It is the outfield that has the mega star names in Green, James Wood, and Robert Hassell III with Vaquero a year or two behind them. The athleticism in that outfield is off the charts.

For anyone paying attention, it is the starting rotation that remains the biggest question mark for the future of this team. Cade Cavalli, MacKenzie Gore, Cole Henry and Jackson Rutledge are/were all Top-100 prospects, but all four have been hit with the injury bug, and that puts some deep question marks on the future of this team and how general manager Mike Rizzo will build a starting rotation with no clear №1 pitcher. Jarlin Susana, Jake Bennett, Andry Lara, Aldo Ramirez, Mitchell Parker, and Rodney Theophile are all starters at High-A and below to keep an eye on.

The goal here is to develop each player to their fullest potential and build a team from within the farm system. This list of Washington Nationals prospects might be the strongest ever.

Keep in mind that the Nationals are guaranteed to add a Top-7 pick in this year’s draft due to the draft lottery. The Nats have nearly a 50 percent chance to secure a Top-3 pick by the odds, and that will add to a strong farm that should only be graduating Cavalli in 2023.

The 2023 draft class rankings are already live at Baseball America with №1 to №7 going from Dylan Crews, Chase Dollander, Jacob Gonzalez, Max Clark, Walker Jenkins, Rhett Lowder, to Jacob Wilson. One of those names could be called on July 9th for the Nats, and the team will know their draft spot during the lottery picks at this year’s Winter Meetings in San Diego in just 38-days.