The #Nats are setting records — the good type — finally! 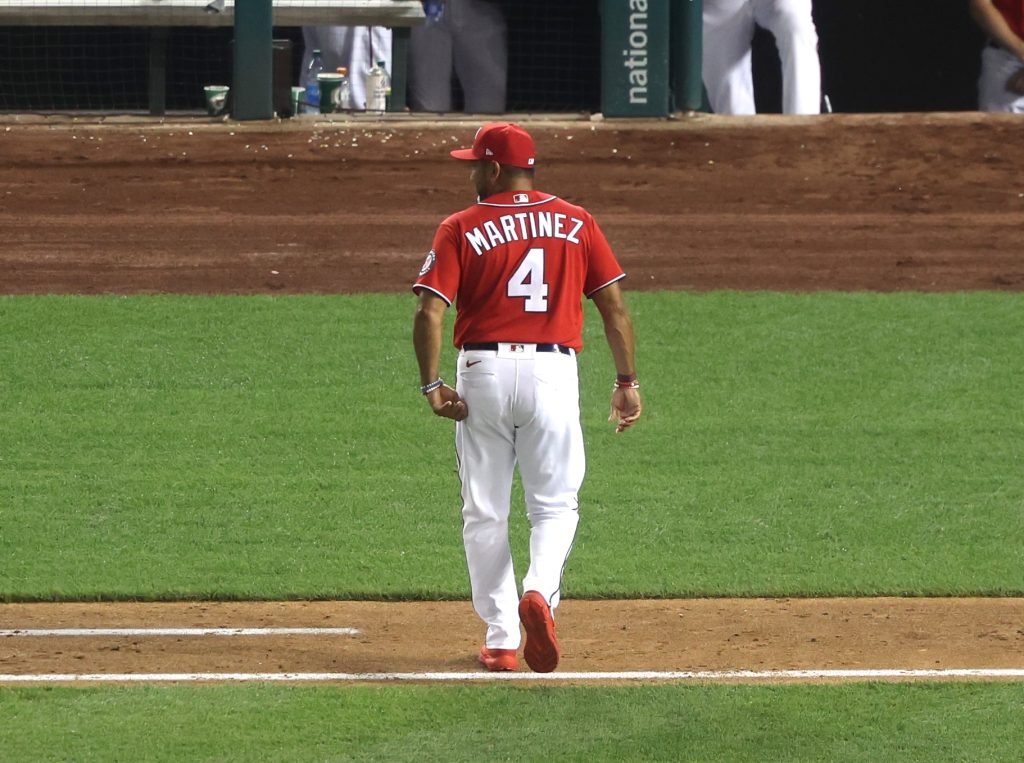 The slow walk back to the dugout was a sight too often seen before last week; Photo by Sol Tucker for TalkNats

At one point in this season the Washington Nationals were on pace for the worst infield defense in baseball history since they started keeping statistics on groundball infield defense. But a simple change at shortstop from Luis Garcia to CJ Abrams has turned the tide from ineptitude to eptitude (okay, that’s not a real word).

Thanks to SteveR20, we have some numbers to compare before and after Abrams arrived. The pitching staff had a combined 5.30 ERA and a 5.03 FIP before Abrams. After Abrams arrived, the ERA has improved by over 2-runs per game to a 3.13 ERA and a 4.22 FIP if we remove Cade Cavalli‘s blow-up start. We removed Cade’s start because of the way it would have skewed the ERA numbers in a small sample size of just 19-games. As SteveR20 pointed out, if we included that Cavalli start, the FIP would have improved.

Of course with any analysis this could all be coincidental — but we don’t think that is the case here as we have always felt — and write about often that DEFENSE MATTERS. It isn’t that Abrams is Gold Glove because in his small sample size he has made some errors, but all but one error was on aggressive plays. Abrams range is so good that he gets to balls that the average shortstop will not reach. Yes, his OAA is just below league average based on those errors — but he replaced a player who was a -13 and on pace for the worst annualized shortstop OAA since Statcast started measuring defense. 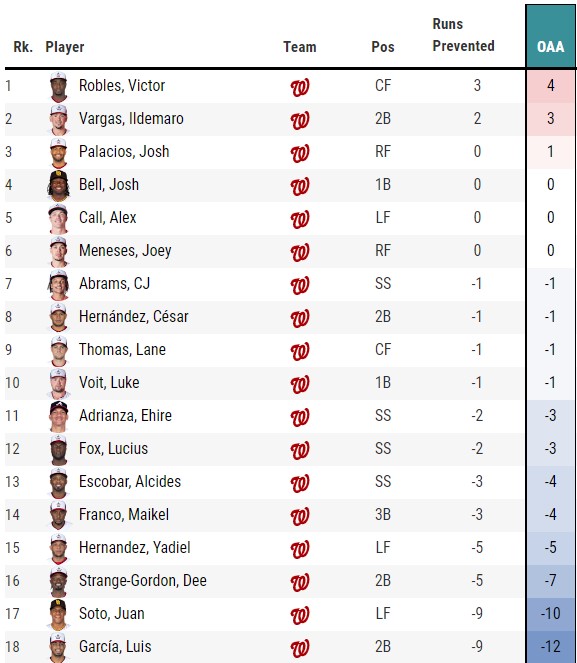 Here’s the part that will blow your mind since that OAA is a combined chart that Garcia is nearly a +1 at second base and netted with his shortstop defense is now at a -12 overall. The decision to place Garcia at shortstop almost qualifies for managerial malpractice on whoever made that decision to put him at shortstop given the data we had from his work at Rochester Triple-A. But you cannot change the past, only the future. The future now looks much brighter.

By the way, seven-of-the-eight worst fielders on that chart are gone. Just Garcia remains, and he is not a negative at second base. Juan Soto was a huge negative in the Nats’ outfield. He averaged just about -2.5 per month of negative OAA. A quick look at his first month with the Padres has shown some improvement in his defense and his OAA was -2 in his first month. Soto’s replacement, Joey Meneses, is not only hitting better than Soto, but Meneses is giving league average defense.

When you look at the tangibles and intangibles to winning, you have to look to Meneses and the upgrade with Ildemaro Vargas, and Abrams defense to three of the newbies contributing to this team, and helping make the pitching look better. Is it sustainable? Well, nobody knows that answer — but enjoy the 11-10 winning record this team has over their 21-game span that winning doesn’t necessarily come from players who think they are worth $500 million.

Last 3 games for the @Nationals:

They are the first team in MLB history to have 3 straight games where they won by 6+ runs against a team with 30+ more wins than them.

The Nats are finally setting records of the good type. The pitching staff now looks competent, and the defense looks sharp. We got to laugh at the Mets for some Keystone Cops types of plays over the weekend. It is great to now see the shoe on the other foot. Ineptitude has been replaced by a semblance of balance in NatsTown.

If this new quartet of Abrams, Vargas, Garcia, and Meneses are the real deals, it just made some off-season decisions much easier on where to fill the holes on this team. The Nats 21-game span would put them on an 85-win pace for a full season. if, if, if, if. I know. But hey, if the team can do this for the final 27-games and go 15-12, the Nats would avoid triple-digit losses for the season.

What a difference just three weeks makes in changing your entire thought process. The caution to the wind is whether you can depend on Vargas and Meneses for a full-season of production, and there lies the issue. It is great in the short-term, but these 30-somethings have history working against them for repeating these types of hot starts. But enjoy it while you have it. Winning is fun.