Defense matters, and the #Nats are really bad at it. 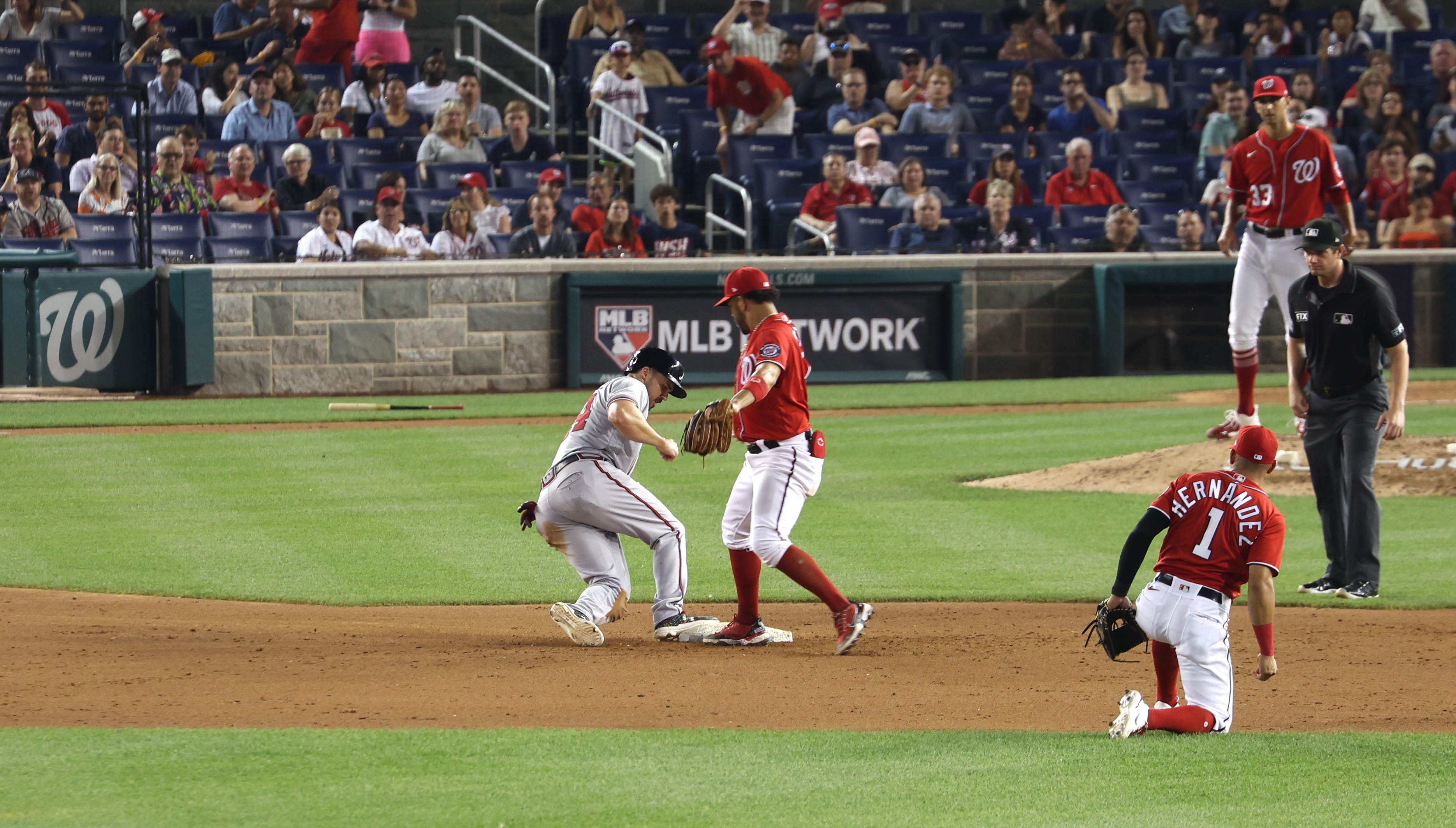 Mental errors are just giving away hits; Photo by Sol Tucker for TalkNats

Nobody is going to say that Erick Fedde pitched great last night, but certainly if groundballs were fielded near league average rates, maybe Fedde throws a six inning scoreless game. All three runs scored on groundball hits. The first one was deep at third base so probably not that one, but in total through the first six innings, the BABIP on groundballs was an even .500 (4-for-8). Costly for sure in a league that the Top-20 teams you expect about a 78 percent success rate for the pitcher. By the way, the Braves have a success rate of 80.02 percent on groundball defense. For the Nats, part of the issue is poor defenders with limited range, and part of it is pitchers who do not pitch to their defense.

Based on facts, not opinions, the Washington Nationals are dead last by a wide margin in giving up hits and runs on groundballs. It is staggering in the world of analytics as to just how bad it is. See for yourself from the best to worst: 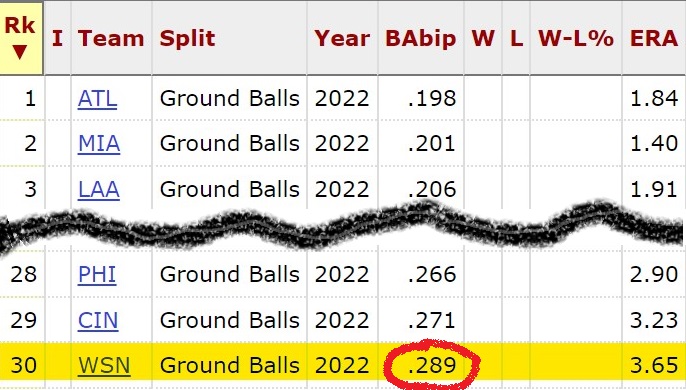 Again, part of this could be due to poor range from defenders (OAA stat disagrees except at shortstop), and part of this could be from bad analytics, and maybe just maybe the team has the analytics and are unwilling to adjust to it. Too often we see that the Nationals do not shift their shortstop up the middle against lefties, and their second baseman against righties. The results are costing the team runs and the pitchers have to throw extra pitches. There is a cascading effect. 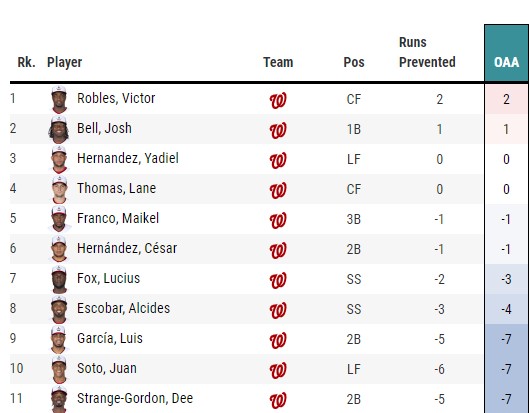 Yes, clearly shortstop is a huge problem, but the OAA stat does not discern between balls in the air and on the ground. All in all and once again, the team was not built with defense as a priority. But, this has to go mostly to positioning, while General Manager and his staff say they have bought into analytics, they are not using it properly.

Last month, we did a lengthy analysis into the defensive woes of Juan Soto. He has actually shown signs of improvement since our report.

A priority in the offseason should be to add a solid shortstop who can bridge the gap for the Nats until they can develop their next best shortstop in their system. The best fielding shortstop per Statcast who is in the upper echelon of free agents happens to be Dansby Swanson.