Is it time to move Juan Soto back to LF?

WASHINGTON, D.C. | Playing the wall is not easy; Sol Tucker/TalkNats

The news is not good. Juan Soto as measured by defensive WAR (-6.5) tied for last for all fielders, and in StatCast’s Outs Above Average, which is a factual measurement of a fielder’s ability, ranks Juan Soto dead last in baseball of the 108 qualified outfielders at -4.0 runs.

To make matters worse, much of the poor rankings is based on effort if you open your eyes and see what is unfolding. Forget Soto’s miss-timed jump at the wall or losing a ball in the twilight last night that weren’t routine plays, in the 6th inning last night Soto jogged to Trea Turner‘s 86.9 mph single with runners on second and third base allowing Freddie Freeman to jog home. The video evidence is here. If he just charged it hard — maybe Dodgers’ third base coach, Dino Ebel, holds Freeman at third base.

Effort costs nothing. Last year Soto was a good outfielder with +5.0 runs on his Outs Above Average which is a range-based metric of skill that shows how many outs a player has saved over his peers and converted into runs saved/lost. Why has he deteriorated from last year to this year? I will let you come to a conclusion on that. His expected catch percentage would be 89% but Soto has only caught 85% of the baseballs he was expected to catch this year. 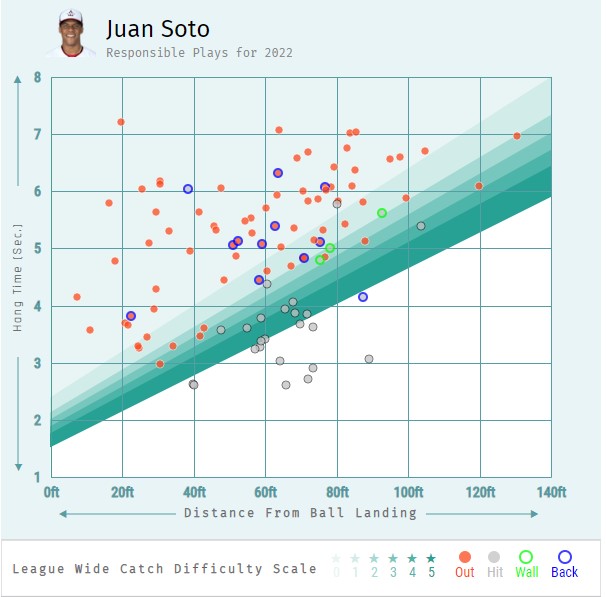 StatCast also measures jumps by the outfielders and Soto is not the worst there but he does rank in the bottom 20 percent of qualified outfielders at No. 85 and four spots ahead of teammate Yadiel Hernandez. Jump is a Statcast metric that shows which players have the fastest reactions and most direct routes in the outfield.

Maybe you trust the Fielding Bible more than StatCast and FanGraphs. They had Soto ranked in the top-third of rightfielders last year at No. 11, and this year he is at the bottom at No. 29. Their OAA numbers are close to their DRS which is Defensive Runs Saved and Soto is at a -3.0 on their site.

If you add in Soto’s arm strength this year, and his misses of his cut-off man, it is even worse. Unfortunately, Statcast does not publish those stats publicly, and some are classifying him in the “noodle arm” category and a h/t to Stoat Steve for describing Soto’s arm as “al dente” which is a kinder description. Most forget that Soto had an elbow strain last year from throwing the ball. He had it the year before also. Sources told us he was told to save his hardest throws for those plays he can make at bases. Last year Soto had five outfield assists — this year he has zero.

Overall, Soto is still the MVP of the Nats, and that is a low bar this year. His +1.1 WAR might rank him first on the Nats, and FanGraphs says he is worth just $8.4 million this year — less than half of what he actually earns at $17.1 million. Based on last year, Soto should improve — but right now he is ranked as the 48th best position player in baseball. 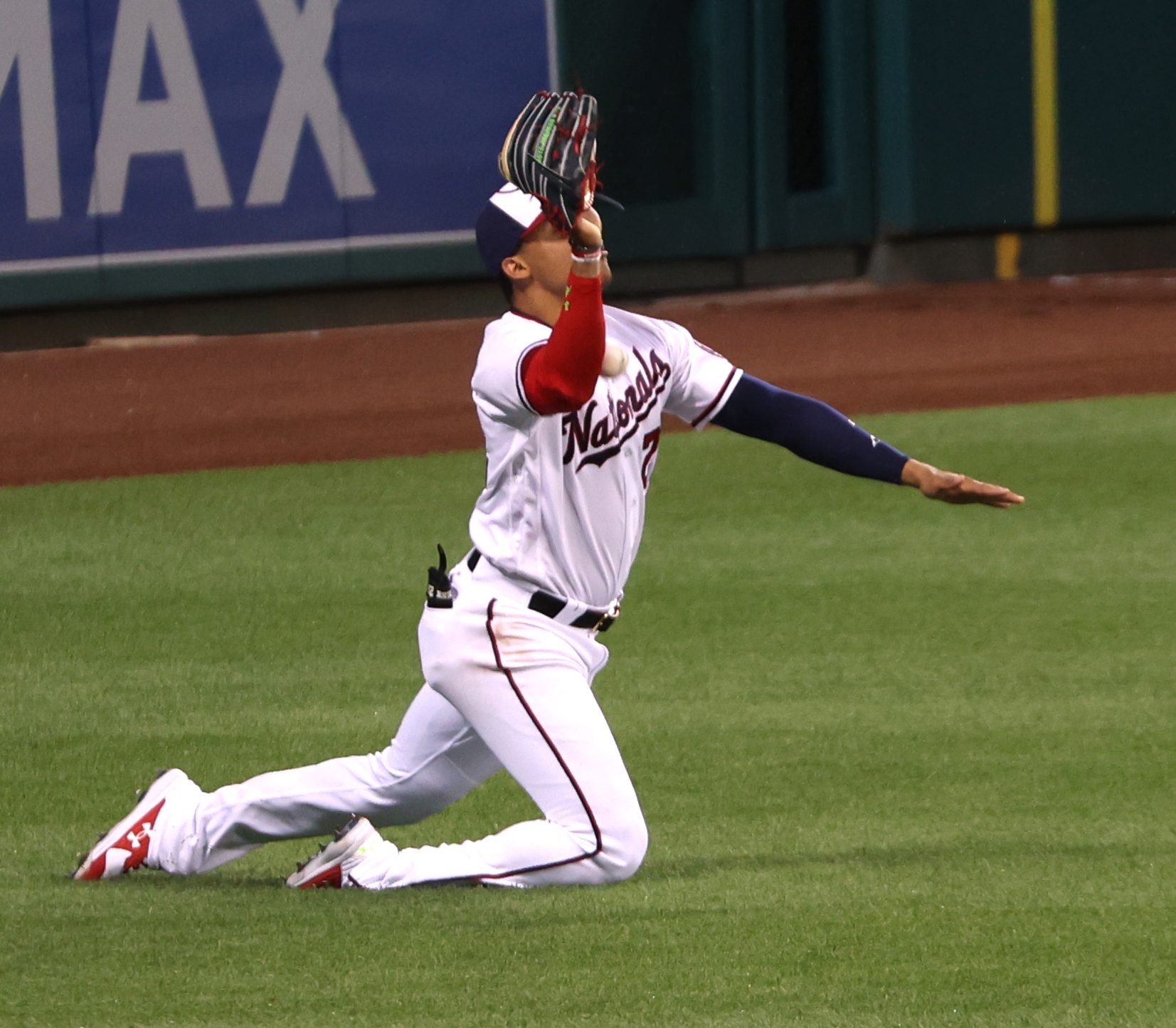 WASHINGTON, D.C. | Losing sight of balls in the twilight can be tricky; Sol Tucker/TalkNats

This entry was posted in Analysis, Soto. Bookmark the permalink.
← Previous Article | Next Article →