Game #44 has an ex-Dodgers battery going for the Nats! 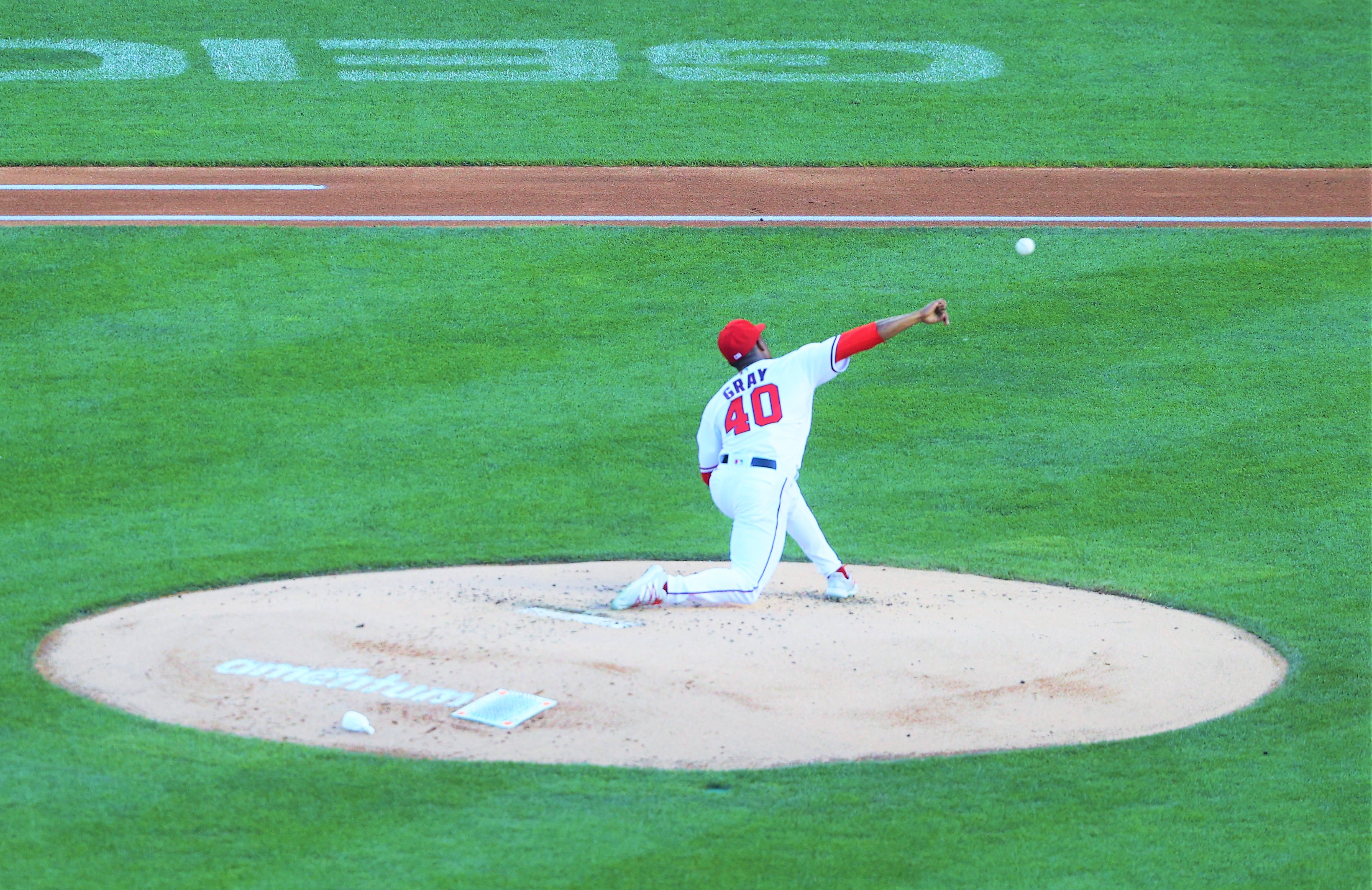 The Washington Nationals face the Los Angeles Dodgers again tonight, and the Nats will have an ex-Dodgers battery to start this game. Yes, Josiah Gray and Keibert Ruiz both came over in the deadline deal last July that sent Trea Turner and Max Scherzer over to the Dodgers. This could be one of those deals that works out great for both sides.

For Gray and Dodgers’ starter Walker Buehler, this will be the ninth start of this season for both of them. If you picked the divergent piece between the two, it would have to be the home run ball that has bit Gray hard. He has given up nine bombs and Buehler has only been victimized by one-third of that amount. When you look at the earned run difference, it is exactly the six runs between them which is equal to the number of home runs that separate the two.

Buehler is the ace of the Dodgers. A former first round pick at No. 24 overall out of Vanderbilt, he controls his four-seamer and it is just one of the six pitches in his arsenal. He throws different types of fastballs, four-seamer, cutter, and sinker, along with a curveball, slider, and change. His arm slot tunneling has you seeing fastball out of his hand, and you must adjust to his off-speed.

To contrast to Gray, he has trouble at times locating his four-seamer which he throws 45.1 percent of the time, and his secondary pitches are his spiked curveball and slider which he throws almost the same amount each game along with a few changeups (3.9 percent of the time). The issue is the spin rate on Gray’s fastball which is too low and allows a batter to barrel up if that pitch misses the spot. Not to be redundant, but Gray would benefit from ditching the 4-seamer and go with a sinker (2-seam fastball) or a cutter, or both.

Charting Gray’s 4-seamer (below) will show you just how many have missed the edges. This is where Gray must progress and have enough confidence in his secondary pitches to throw fewer fastballs or just replace as we wrote above. His lack of pinpoint control to make it more effective is really the most obvious issue here. As we saw last night, the Dodgers don’t miss room-service fastballs. 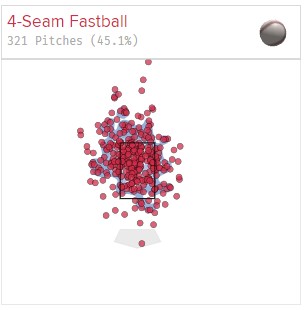 Manager Dave Martinez has put Cesar Hernandez back in the leadoff, and moved Lane Thomas back in the order. Dee Strange-Gordon will start at shortstop. Victor Robles is not in the lineup and we will see if he lands on the 10-day IL with a calf strain.