Stat Leaders and Standouts on the farm as of 5/23! 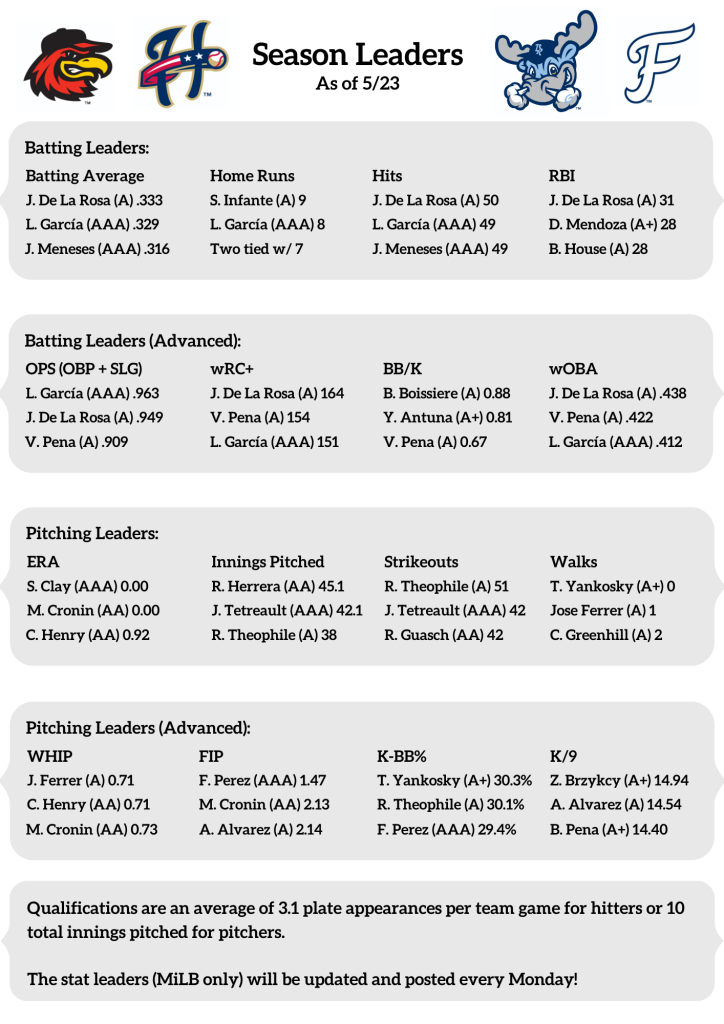 The stat leaders heading into week eight of the minor league baseball season.

Matt Cronin remains unscored upon through 16 1/3 innings pitched and his outings are nothing short of dominant.

Jeremy De La Rosa had a huge week going 10-24 (.417 BA) and jumping to the top of the leaderboard for multiple categories.

Looking forward to some possible promotions for the guys who continue to impress every week. 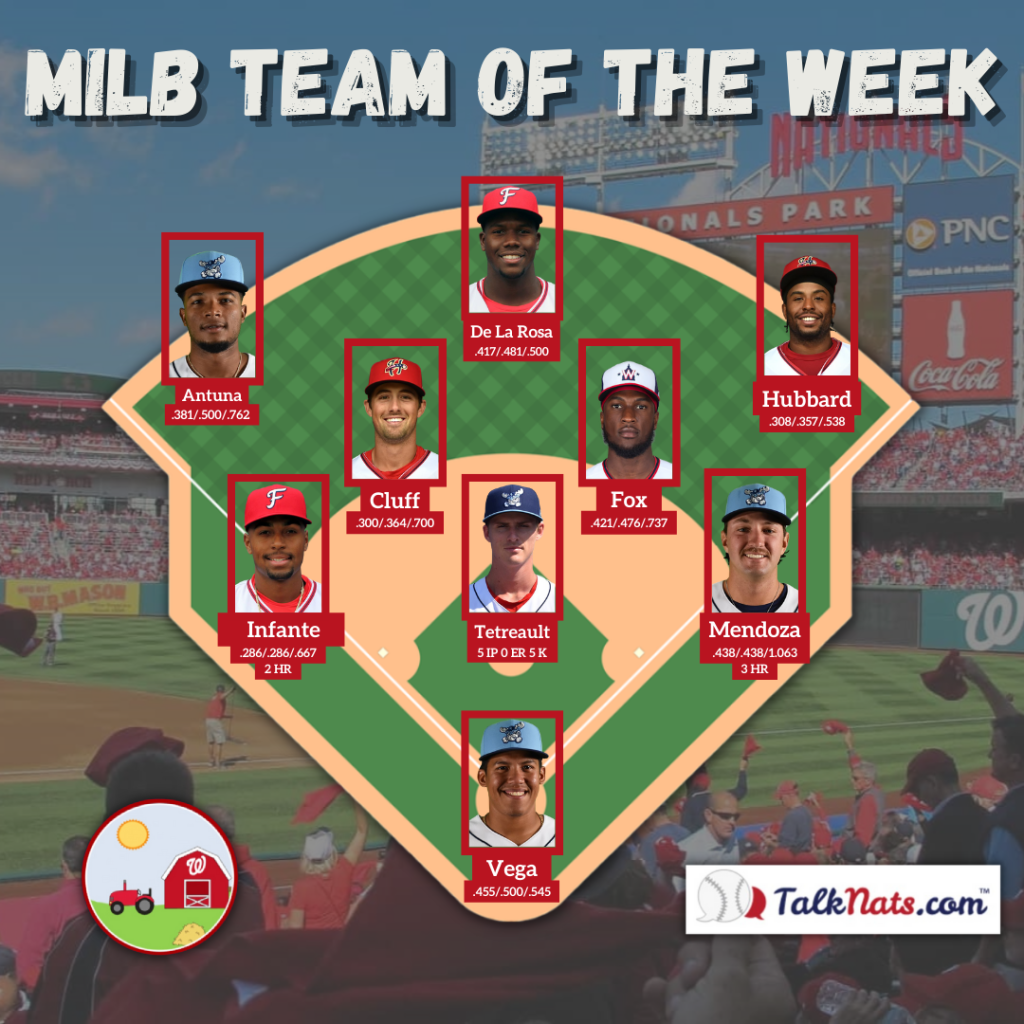 There was no shortage of standouts for this week, but the player of the week goes to Drew Mendoza. He hammered three homers and slugged 1.063 (not a typo) while playing first base.

The pitcher of the week is Jackson Tetreault for his scoreless outing against Lehigh Valley. He tossed five innings while allowing two hits, three walks, and struck out five.

A few standouts who missed the cut were Leandro Emiliani and Joey Meneses who both had an OPS over 1.000 in the last seven days.