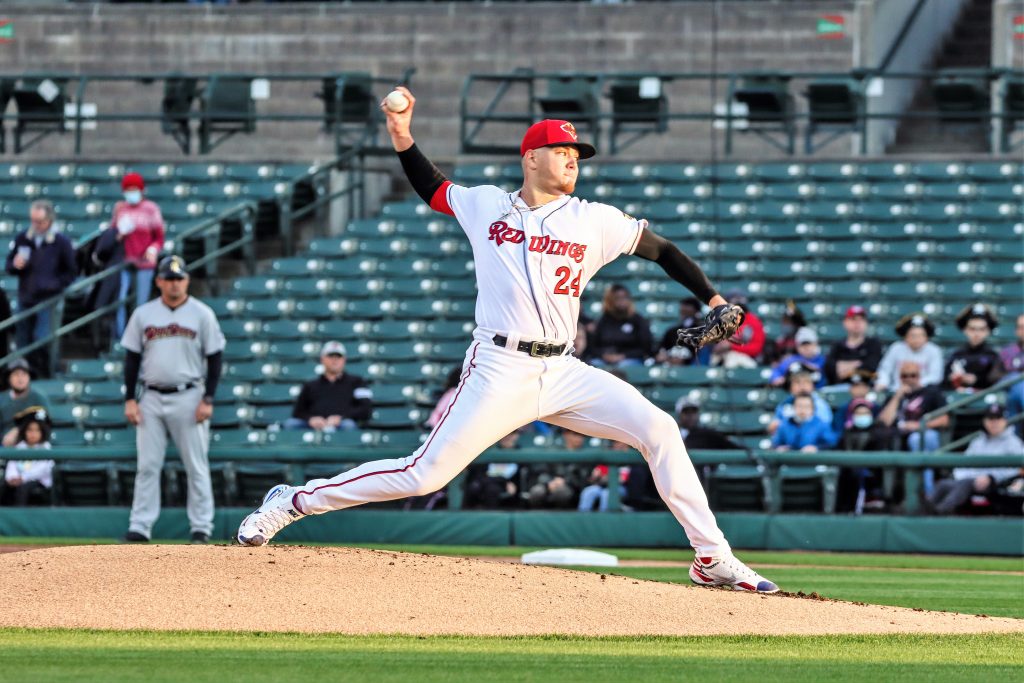 Photo by Stephen Lasnick for TalkNats

The rumors proved true that the Washington Nationals were going to activate Cade Cavalli this week. They were waiting for an optimal matchup for Cade Cavalli’s debut, and what better time to do this? He gets to face a Cincinnati Reds team without lefty Joey Votto who is finished for the season with an injury. In fact, the Reds have three starters hitting .180 and less in tonight’s lineup. It is very reminiscent of when Stephen Strasburg got his debut against a depleted Pirates team twelve years ago.

Of course this debut won’t have quite the same build-up as Strasburg, but it should be well-attended for a team that is headed to 100+ wins this year. Cavalli will wear jersey #54 which he wore in Spring Training because bench coach Tim Bogar wears Cavalli’s #24.

To make room on the 40-man roster for Cavalli, the team released the struggling Maikel Franco, and had optioned pitcher Cory Abbott to Triple-A Rochester after Wednesday’s game. Additionally, Luis Garcia is back with the team after his 10-day IL stint, and he will start at second base in-place of Cesar Hernandez who will now play from the bench.

What we can expect from Cavalli is a big heater, a sweeping slider, a changeup, and the occasional curveball. Cavalli will retain his prospect for the remainder of the season as the №1 pitching prospect in the Nats system. Under the new rules, Cavalli could be on next year’s opening day roster and the team would receive a compensatory 1st round draft pick if Cavalli was to win the Rookie of the Year. This is an additional incentive so teams don’t manipulate service time clocks. If Cavalli never goes back to the minor leagues, the team would control him through the 2028 season.

How close will this be to next years Opening Day lineup sans Nelson Cruz? https://t.co/SmX6IM4J34