Rebuilds have one thing in common 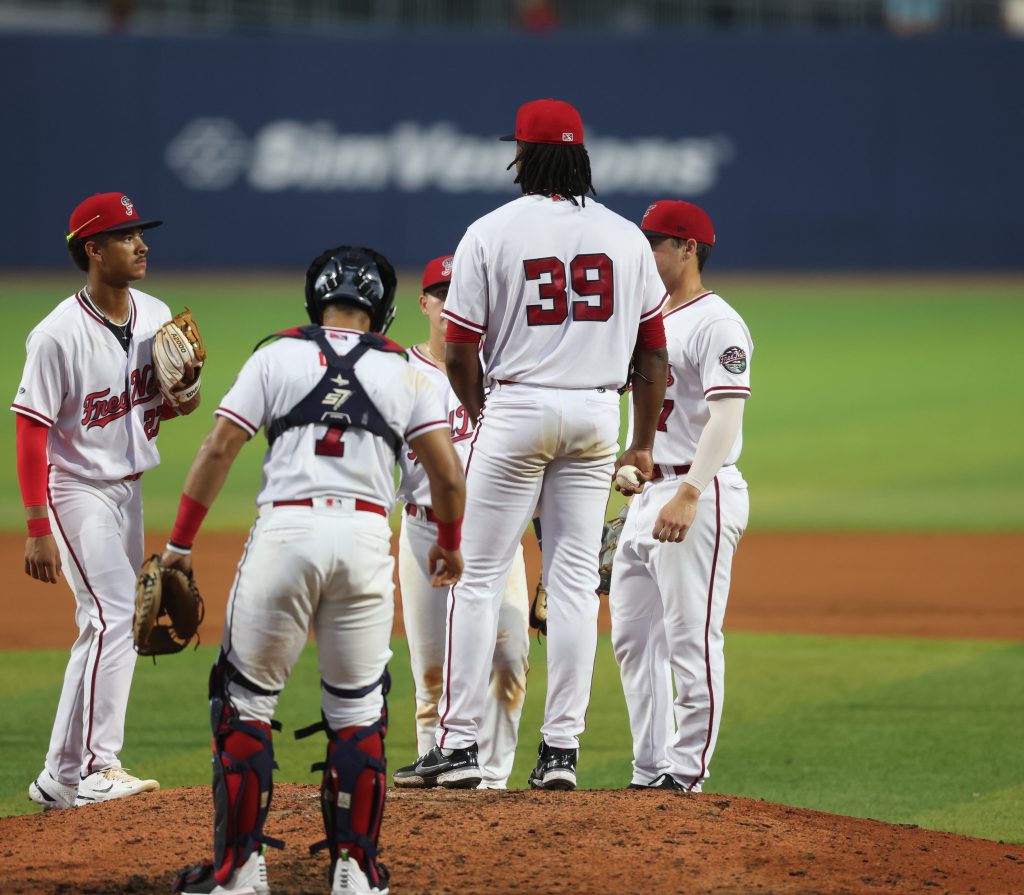 Jarlin Susana, 18, was king of the hill in his debut in Class-A; Photo by Sol Tucker for TalkNats

All rebuilds have one thing in common: they are painful for fans. The rest is how you approach it, and none are exactly the same — but many blow it. The Angels, Tigers, Rangers, and White Sox come to mind on the list of botching it. The Phillies would have made this list, but they are now in a wait-and-see as their strategy was to just throw money at the problem. Looking at those five teams, the Tigers were the last one to make it to a World Series, and the year was 2012 and they lost. All of those teams except for the White Sox have fired their general managers, and they’ve all changed managers recently.

Washington Nationals’ general manager Mike Rizzo refuses to call the Nats’ rebuild — a rebuild. He prefers to call it a retool, but let’s face it, this is now a rebuild. The Nats once barren farm system that was ranked last in baseball, just a year go, is now a Top-10 on FanGraphs. Let’s just say it, the Juan Soto trade has changed the outlook for a Nats’ youth movement to Half Street with the infusion of five players from that trade with MacKenzie Gore, CJ Abrams, Robert Hassell III, James Wood, and Jarlin Susana. On top of that, the Nats picked the biggest upside player with their fifth overall pick in the draft with Elijah Green, and have seen some positive signs in the revamped player development system. One of those signs — top pitching prospect Cade Cavalli will make his MLB debut on Friday.

But the current product on the Major League level has three long-term pieces at this moment, and one of them is Abrams. All three of those pieces have to step up. Every “MLB” move Rizzo made in the off-season turned into negative WAR or a positive so small you would have a hard time discerning that Cesar Hernandez is actually just 0.2 WAR from being in the negative.

But minor league pickups of Hunter Harvey, Ildemaro Vargas and Joey Meneses have paid some positive dividends at a time when the Nats needed some positive forces after the trade deadline. Meneses is on some kind of a run for a 30-year old rookie, and Vargas has basically capped two wins with improbable home runs in games. Both of these 30-somethings were virtual unknowns before August. This is what makes baseball great.

Unfortunately, the Nelson Cruz gamble of $15 million was a flop. He was supposed to be one of those sign-and-flip for prospect type of deals, and of course nobody wanted a 42 year old full-time DH with an OPS in the .600’s. After this season (or possibly before then), the team can move on from Cruz, Will Harris, Hernandez, Joe Ross, Steve Cishek, Anibal Sanchez, and Maikel Franco. That is a combined $33 million of wasted funds that will be off of the 2023 payrolls.

But topping all of those players who will be gone is possibly the worst contract in MLB history with Stephen Strasburg. That’s $35 million a year wasted so far, and $105 million since this contract was signed. On top of that, the team still has to pay Patrick Corbin $23.3 million a year for the next two seasons. The team will have tender/non-tender decisions on Luke Voit and Victor Robles in a few months.

If the Nats keep Voit and Robles, they have $106 million committed already for next year. New ownership is taking on a large payroll with a lot of non-performing assets. Or as some call it, stale inventory or damaged goods.

Many fans on social media want ownership to spend, spend, spend this off-season. They usually want that every year. But there are some who believe the best way to build is to do nothing, and figure out what you have and don’t spend on players who will be dead-weight on the roster down the road. That is the “slow and steady wins the race crowd” and that is admirable to sit through years of losing. But even if ownership spends, this team is still most likely destined for a losing season.

Looking back in Nats’ history, you know this year is the equivalent of 2009, but not in all aspects. The farm system is far deeper now than the 2009 farm was, but this team does not have that Ryan Zimmerman or that “sure thing” we all felt when Strasburg was drafted in 2009. What we have now is the hindsight to know that it all worked out when exactly 10 years from 2009 it culminated in the parade down to the U.S. Capitol. We all want that parade again. The route to get there in this rebuild will follow a different set of architect’s plans because no two rebuilds will ever be the same except for the pain. They say patience is a virtue but the pain lingers.