Posted on August 7, 2022 by Garren Ouellette 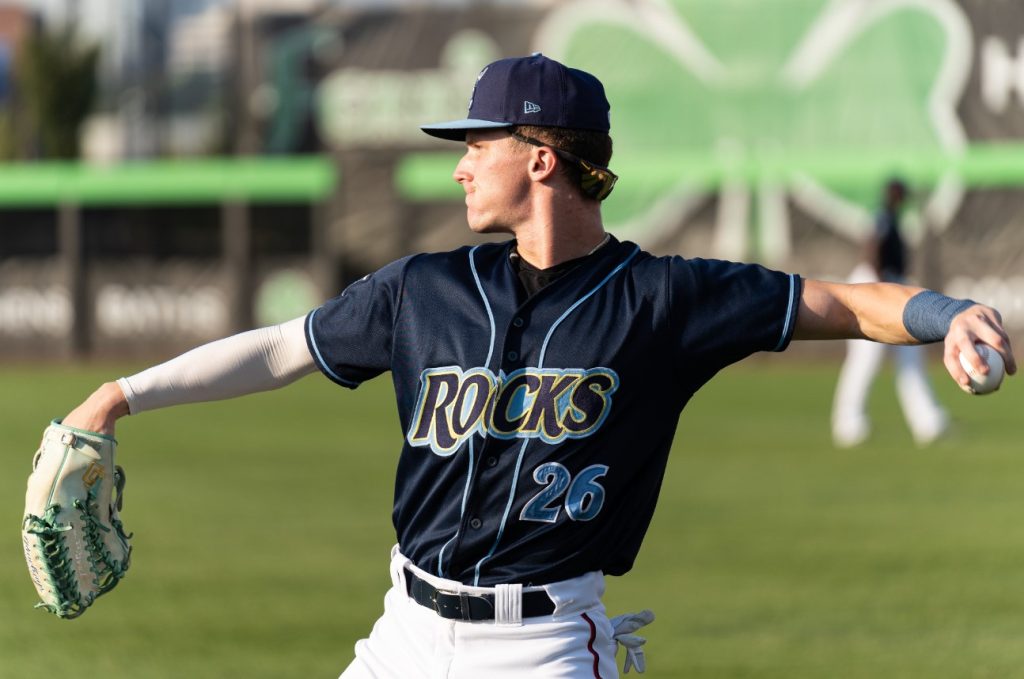 A huge part of the haul that the Washington Nationals received for Juan Soto was the Padres №1 prospect, OF Robert Hassell III in that blockbuster trade that yielded five top players to the Nats. These are players we will certainly discuss many times here in the future. Per MLB Pipeline, Hassel is now the Nats new №1 prospect, so let’s take a deep dive into his background to learn more about him.

Born in Franklin, Tennessee in 2001, it is where Hassell grew up and his family still lives there. Later this month, the young star will be turning just 21 years old. As a young athlete, he played in the 2013 and 2014 Little League World Series with the Nashville, Tennessee team. Hassell went on to play ball at Independence High School, where he officially made a name for himself. He went on to hit .407 with almost 50 hits in his freshman season. With those jaw-dropping stats, Hassell was named the Williamson County Baseball Player of the Year.

When Hassell was 18 years old, he played in the 2019 U-18 Baseball World Cup. In fact, he played so well at that tournament, that he was named the International Player of the Year. A natural lefty, the young prospect throws and bats left-handed. Slated as a top of the 1st round pick, the Padres snagged him at 8th overall in the first round of the 2020 draft out of high school. With the COVID cancelled season he stayed at home in 2020 after the draft and worked out there.

Robert Hassell III has been in the minors since 2021, as he has spent most of his time so far in High Single A. In his first season in the minors, Hassell hit for a batting average of .303, with an OPS of .863, and he stole for 34 bases that season. In 516 PA, Hassell hit eleven HRs, and recorded 76 RBIs. Overall, in his first season in the minors, Hassell was showing why he could be any team’s top prospect. Through his first 346 PA of his 2022 campaign, the young ball player has already hit ten HRs and has recorded 55 RBIs. In his second season in professional baseball, Hassell is already showing a major jump in power. After being traded to the Nats, Hassell was assigned to the Wilmington Blue Rocks.

Looking Forward to the Future

After the blockbuster trade that took place on August 2nd, National fans are SUPER excited to see what Hassell III can bring to the table. The 6’2″ lefty hits the ball extremely hard and will fit in with the team no matter when his MLB debut is. By going through his very brief minor league career, Nats fans can expect an overall great player by the time he gets called up to the big leagues.

“… Hassell is — again a five-tool talent that we believe stays in center field, and a guy that can hit, hit with power, play defense, throw, run, and steal bases. And his ceiling is high,” general manager Mike Rizzo said on Tuesday.

What do you guys think about Robert Hassell III? Nats fans need to come up with a nickname for the №1 prospect — along the lines of RH3 or Bobby Barrels. It’s time to excited, Nats fans!