Frank Howard, Juan Soto, and a Pocket Full of Prospects 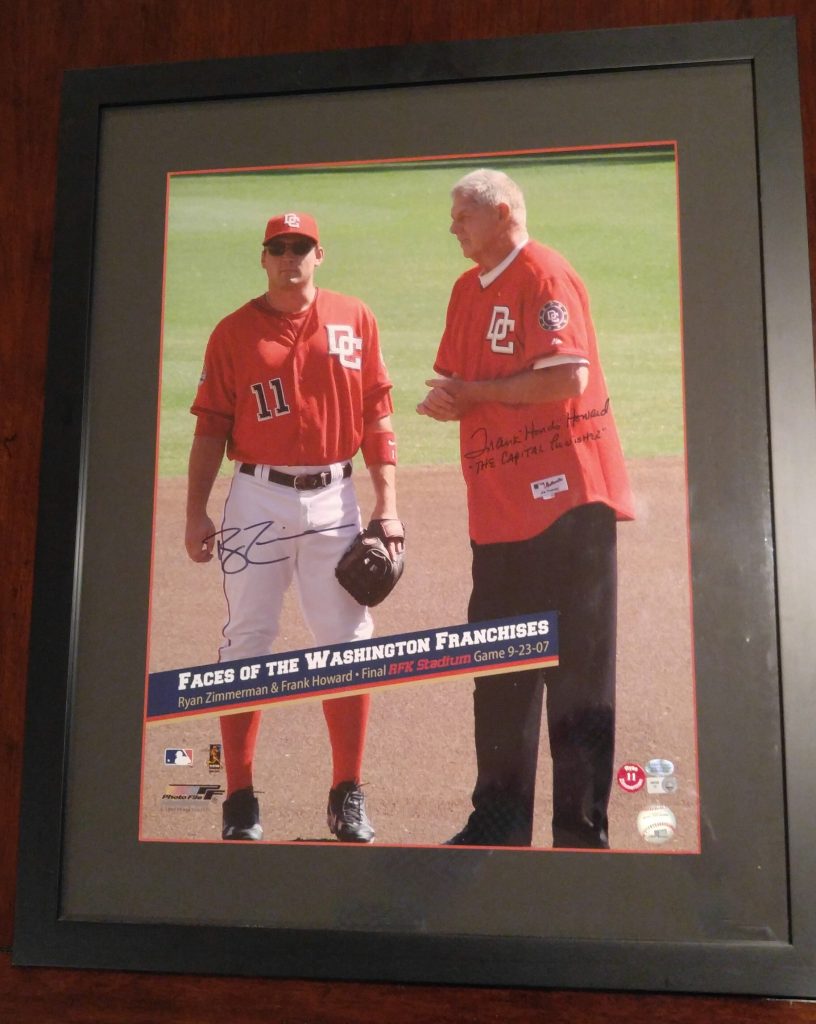 Happy birthday Frank Howard, born August 8, 1936 in Columbus Ohio. Frank was acquired by the Washington Senators in his own blockbuster trade December 4 1964. The Senators sent pitcher Claude Osteen and infielder John Kennedy to the Los Angeles Dodgers for Howard, third basemen Ken McMullen, pitchers Pete Richert and Phil Ortega, and first baseman Dick Nen. In 1967 Richert was traded to Baltimore (that’s when Washington and Baltimore traded players rather than lawsuits) for Mike Epstein and Frank Bertania. McMullen went to the Angels for Aurelio Rodriguez and Rich Reichardt in 1970. The original 2 for 5 deal morphed into 9 new Senators, I’ve been wondering how the Soto to San Diego Trade will stack up against this one.

Here’s how they each did while with the Senators:

If you want to look at it another way, here it is by season:

That trade turned into 70 WAR for the Senators, I wonder how this one will stack up, what about the new guys?

Fangraphs has a chart that maps WAR to their Future Value scale. It gives a range for each FV. The link to the article is here: https://blogs.fangraphs.com/the-new-fangraphs-scouting-primer/

Here’s what it looks like for the new five:

Susana did not make the Fangraphs prospect list, he’s evaluated as 40+ elsewhere on their site.

I’ve used the ETA from Fangraphs to project players yearly WAR, and taken the midpoint of each range. Since Susana was a 40+ I assigned him a WAR value of 1.4, the midpoint of the 40FV and 45 FV. The 4.2 WAR for this year is all Mackenzie Gore, he’ll miss that. If you wanted to, I guess you could start his 6 years in 2023, I didn’t.

The cumulative WAR for this group is 82.2, surpassing the 1964 group’s 69.2, almost 20% more. Beyond the projections and assessments, we could be watching at least one of the players in 2032. There’s 1600+ games in that span. Some number of wins and losses; walkoffs and shutouts, flukes and surprises.

The 1964 deal returned 5 major league ready players, 2022 is prospect heavy. Will any of these players be as good as birthday boy Hondo? As undistinguished as Dick Nen? Will any of them be traded in turn for other players? Here’s hoping they’re all All Stars, and that we’re all around to watch their success.