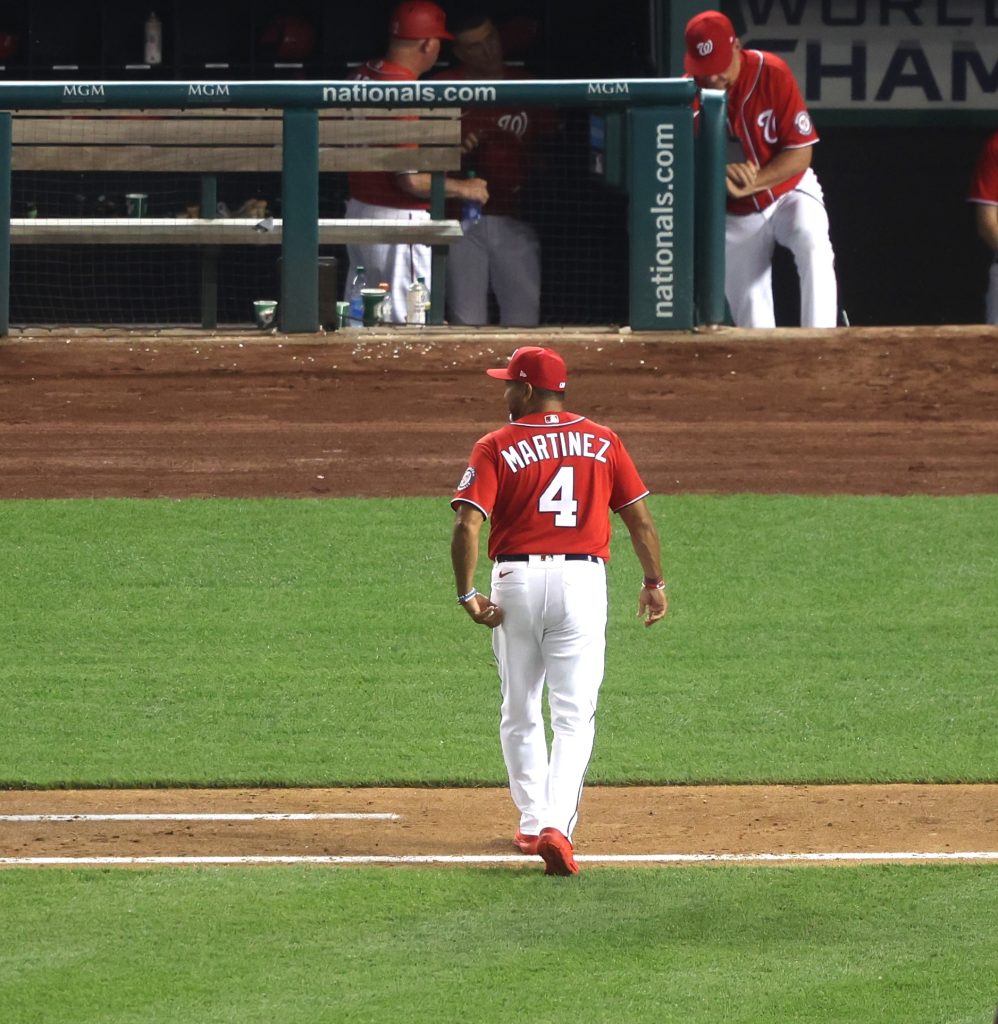 It did not matter that Bryce Harper has been on the IL for over a month and missed this series with a broken thumb. The Phillies have smashed the Washington Nationals’ starting pitching in the first three games of this four game series. With Patrick Corbin lasting only 2/3 of an inning again, he has taxed the bullpen, and the Nats will add a fresh arm in Mason Thompson to the bullpen today as opener Cory Abbott will try to go deep for the Nats.

The Nats bats without Juan Soto and Josh Bell were able to push across five runs last night, and 11 runs so far in this series which included a 5.0 inning rain-shortened game in the mix. The issue has definitely been the starting pitching in this series. Even with favorable pitching matchups, the Nats could not take advantage, and today the Nats must face one of the Phillies best pitchers in Aaron Nola.

Before today’s game, the Phillies will honor their 1980’s World Series team, and Pete Rose is supposed to be in attendance on the field for the first time since his baseball suspension for gambling.

After this afternoon game, the Nats will fly to Chicago for a three game series against the Cubs, and then get a much needed day-off on Thursday before a weekend series versus the San Diego Padres which should yield a large crowd for that series.