Josiah Gray’s case for being the next Nationals’ ace 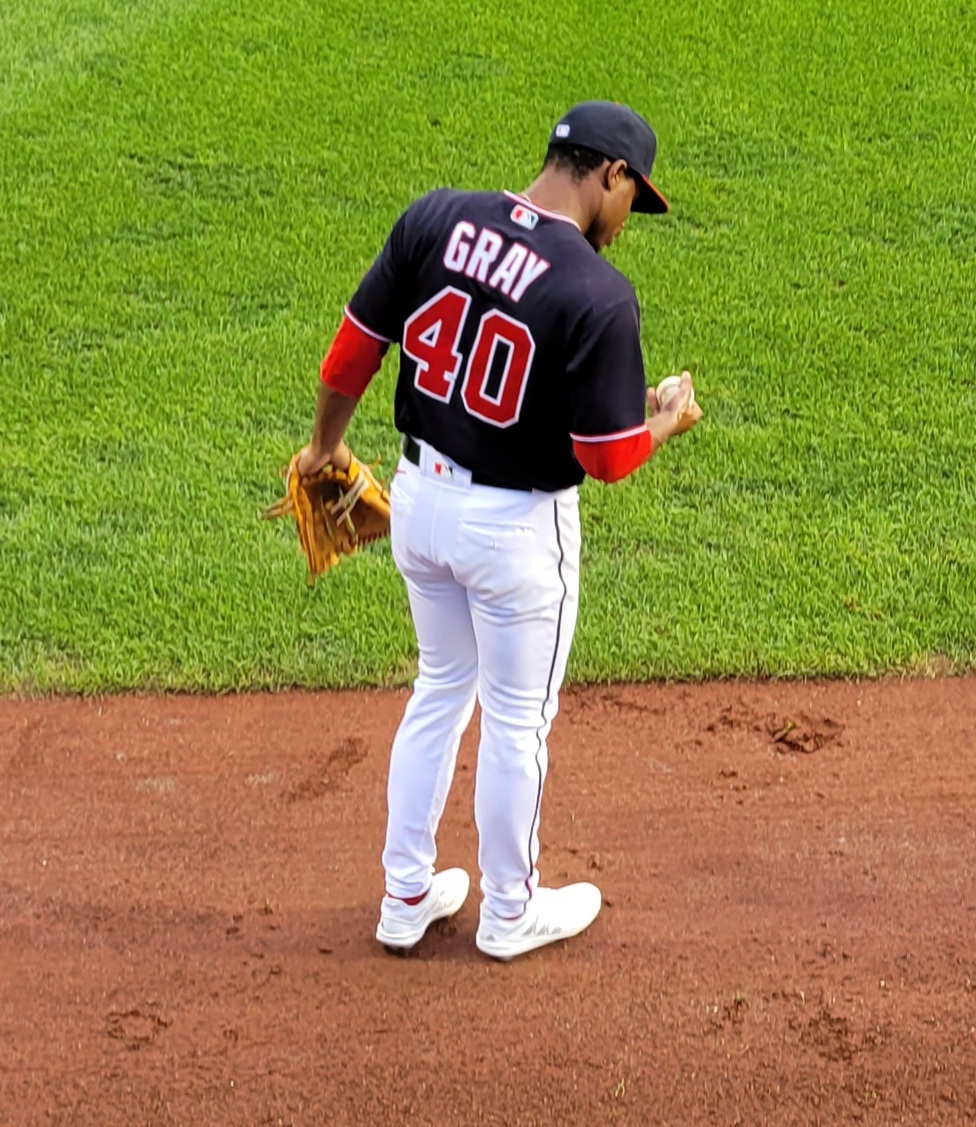 The Nationals have been looking for a way to return to the days of constantly being in contention for championships. Their current rebuild has been spearheaded by Mike Rizzo, the same man who brought the organization to new heights in 2019. The Nationals won that World Series because of their incredible starting pitching, an organizational calling card during their reign at the top of the standings.

Although the Nats currently have a farm system with far more hitting talent than on the mound, the organization’s philosophy remains unchanged: hitting wins games, but pitching wins championships. In order to step into the next phase of Nationals baseball, the team will be leaning on pitchers like Josiah Gray to continue to emerge as true aces.

Taking a step back, this start to the season from Josiah Gray has a lot of fans thinking about some of the former stalwarts in the Nationals’ rotation. In some situations, it might make sense to liken the performances from Gray to that of a young Stephen Strasburg due to the high velocity and vicious breaking balls both pitchers equip, but Strasburg was a far more dominant starter for a variety of reasons. One of the most seamless comparisons to Josiah Gray is one of the most underappreciated pitchers in Nationals history.

Due to his quiet, subdued demeanor, Jordan Zimmerman has seemingly been lost in the shuffle of history. Zimmermann and Gray both regularly sit in the mid 90s with their fastballs and sharp curveballs. The stats also back up this claim. Zimmermann’s age 26 season (2012)  adequately demonstrates these parallels. The two pitchers both have similar ERAs and give up nearly identical amounts of hits per start. Gray’s stats are extrapolated over the course of a 30 start season. One major difference, though, is concerning the long ball. Zimmermann was far superior in terms of keeping the ball in the yard, one of the areas that Gray has struggled. Regardless, stats backing up this comparison fit very well to project a career.

The developments made by Gray in 2022:

While the Nationals did very little to inspire fans during the second half of the 2021 season, one thing they did well was give some of their prospects an opportunity to play at the highest level. The team showcased their future. In fact, Gray pitched one of the first games after the trades in early August. He had an up and down handful of starts, but displayed enough tools to convince a lot of fans that he could be the new face of the Nationals’ rotation.

One thing he struggled with last year, allowing home runs, is still a work in progress. However, there have been steps in the right direction in that department. Although the statistics will beg to differ as he has already given up as many home runs (15) in 2022 as he did in 2021. Gray is yielding a much lower SLG and OPS in 2022, both of which are down nearly 0.1. His strikeout rate and home run percentages are both improving with every start, but particularly recently.

Finally, the biggest furtherance in the development of Josiah Gray has been his usage of all four of his pitches. Actually, it is more of a lack of usage of his fastball. In 2021, Gray threw his fastball 51% of the time. His curveball and slider have only been thrown at a 25% and 20% clip, respectively. His changeup was primarily an offering thrown once or twice per outing. This season, he has been throwing his fastball closer to 43% of the time. This allows him to throw his breaking pitches an additional 4% of the time. The batting averages against each of these pitches has decreased. Due to the increase in variation and enhanced confidence in these offerings, he has seen an improvement of these metrics. At times, he appeared to be afraid to throw his breaking balls when he was behind in the count.

At this point in his career, Josiah Gray is far from being a truly elite pitcher. For the Nationals, they are overjoyed with his improvements and success. However, there is a lot of work to do. Obviously, he needs to control the homers more and reduce how many he is giving up. He also should try to be more efficient with his pitches and go deeper into games. That being said, Gray has been one of the brightest spots in a pitching staff that has desperately missed the consistency that comes with having an ace pitch every five days.