Game #33 Nats have a series to try to win 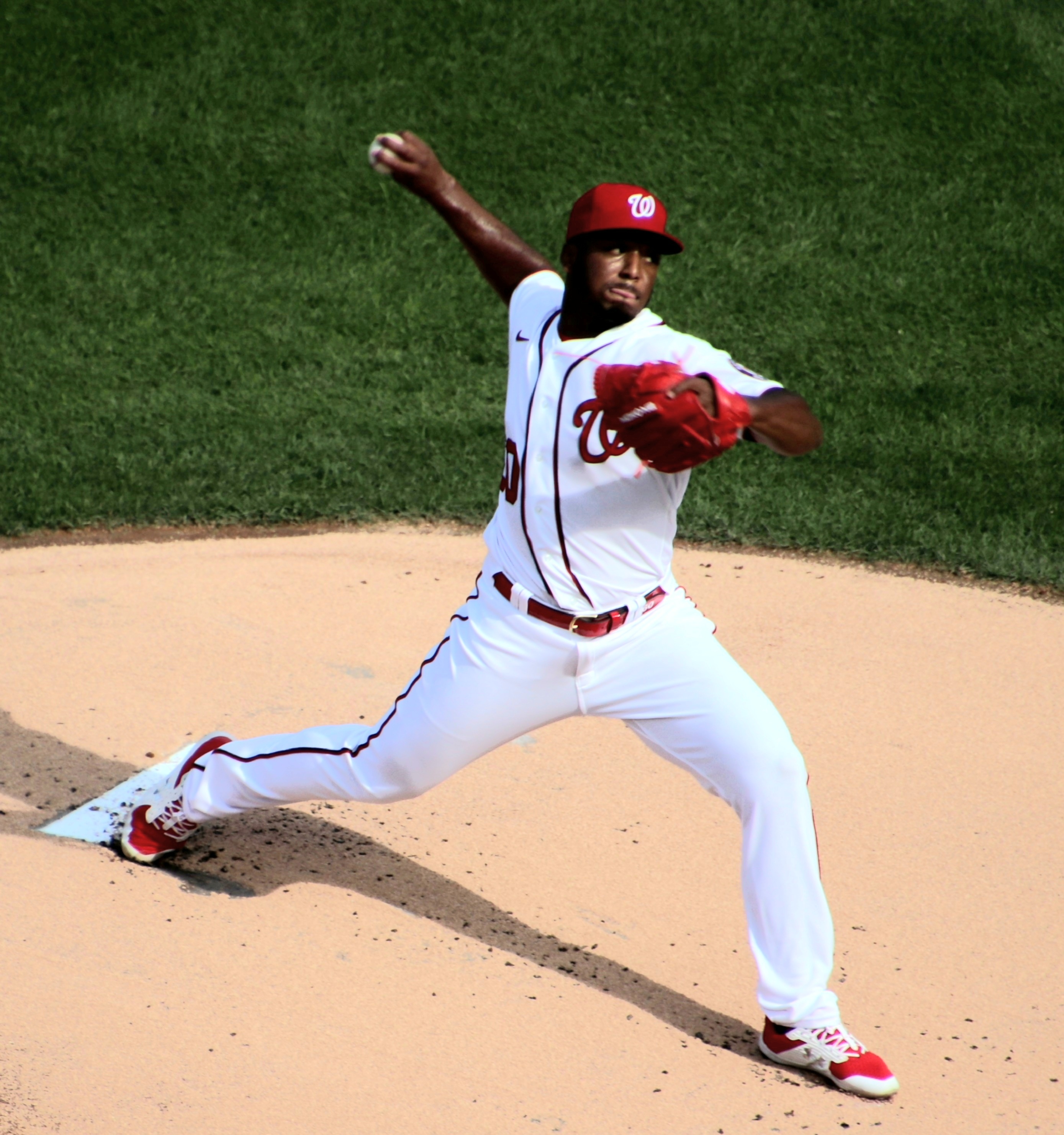 Here we are again in that pivotal game where a win gives the Washington Nationals a series win. The Nats only have two series wins this season so far. They would have had their third series win against the Angels, but they suffered their first 9th inning meltdown of the season.

It was great to see Juan Soto and Nelson Cruz crushing homers in the same game last night, and clearly the hope is that both players are on the rise offensively. Certainly, Cesar Hernandez who was moved for one game out of the leadoff spot on April 23, and since has snapped into place and slashing from that point .353/.397/.412/.809. He went from negative WAR to +0.4 and on pace to be a +2.0 WAR.

While Nelson Cruz is trying to turn to a positive WAR, the centerfield and shortstop spots are still black holes for the Nats. Manager Dave Martinez has shuffled Alcides Escobar, Lucius Fox, and now Dee Strange-Gordon at shortstop, and all three are negative WAR at -0.2, -0.6 and -0.1 respectively.

In the lineup for this series finale is Lane Thomas for Victor Robles who is struggling again and has the lowest exit velocity on contact on the team. Part of that is because Robles has been trying to bunt a lot, but even on full contact yesterday he has struggled to get above 80 mph.

Once again, the rookie Joan Adon will get the start, and once again we will see if he made any side session adjustments. In his last start, he threw 75.3 percent four-seam fastballs. If you removed Adon’s start against Arizona, he has given up 22 runs in 22 innings and that is a 9.00 ERA. Overall, the rookie is at a 6.99 ERA and must start to show progress. Since pitching is about deception, you can sit on Adon’s fastball and hope his curveball doesn’t get in the zone. For the season, Adon  has thrown the 4-Seam Fastball 67.2 percent of the time, and his curveball 24.7 percent of the time, and he will show a changeup and slider a few times a game to say he has it — but neither have been competitive pitches.

If Adon is up at the Major League level to develop, we need to see the progress with pitching coach Jim Hickey who is supposed to be excellent at developing young pitchers. The first suggestion is to add a sinker which Patrick Corbin is doing now. A good changeup would really help too as an obvious statement. Throwing a pitch to say you have it doesn’t mean anything.