A Great Day of Baseball in Thursday’s MiLB Recap 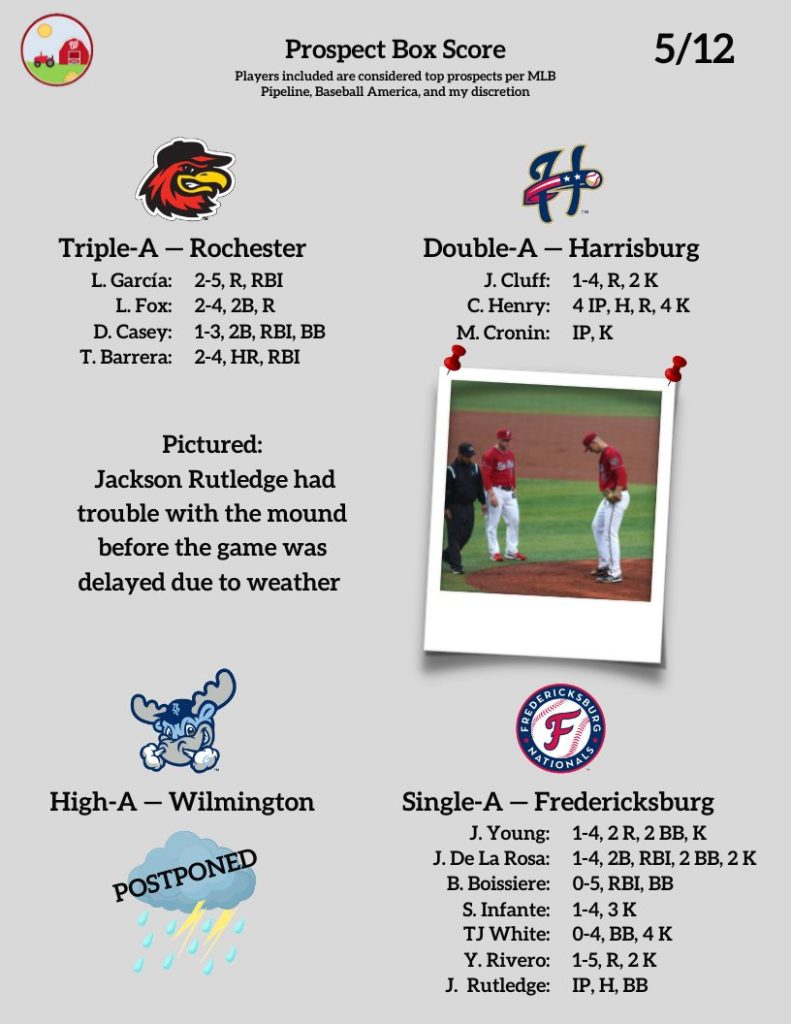 The sunny day is behind us as we got some rain and fog yesterday as the afternoon shifted to early evening.

Wilmington’s game was postponed due to foggy weather, and the FredNats had a rain delay. The other games went on as scheduled.

Cole Henry was on the bump in Harrisburg, and he spun another spectacular outing.

Jackson Rutledge started the game in Fredericksburg, but his outing was cut short after a rain delay in the second inning. At one point, he stumbled off the mound because of the poor conditions. From the looks of it, he was not comfortable even after they tamped down the mound and added a drying agent as it was still raining. After two batters reached, they went into a weather delay and Rutledge’s evening was done officially at 1.0+ IP and zero runs.

Because a bad call by an umpire and no instant replay, the FredNats big inning would have scored at least one more run on a Sammy Infante double that ended in a strikeout. Infante hit a ball that replay showed landed in the middle of the chalk which is a fair ball. The umpire behind the plate, over 200 feet away, called it foul and the runner on-base had to return, and Infante headed back to the batter’s box.  The game would end up going into the 11th inning (part of the reason the recap was delayed today) and the FredNats found themselves on the wrong side of the extra-inning heroics.

Viandel Pena and Geraldi Diaz were the only two players to notch two hits, Peña had two doubles including one where he turned a single into a hustle double. He continues to impress in Single-A where he is slashing .329 /.432 /.534/ .966. The 5’8″ infielder was a GCL star for the Nats at the age of 18 in 2019. The COVID system shut him and everyone else down, and he struggled in Single-A Fredricksburg last year batting just .214. This year he is looking like one of the best in the Carolina League.

Down the stretch the FredNats were down two heading into the bottom of the 11th and Jeremy De La Rosa drove the ghost runner home with a double, but it wasn’t enough and they fell 6-5.

RHP Rodney Theophile is scheduled to pitch for the FredNats tonight, weather permitting. The hope is that Brady House will be worked back into the lineup this weekend.

The Blue Rocks game against the Cyclones was postponed due to weather and will be made up on May 14.

The Sens broke out of their scoring rut in a big way. They scored eight runs on ten hits including a home run from Wilson Garcia and two hits from Jake Alu, Brady Lindsly, and Garcia.

Cole Henry started the game and gave up a lead-off home run, but settled in after and did his thing. He ended the night without allowing another hit and would strike out four in four innings. Henry was removed after his four innings were completed and a pitch count of 54.

The oddity here is that Henry threw 69 pitches in his previous start. If you are building up arm strength and endurance, wouldn’t you increase his pitch count instead of ratcheting it down by 21.7 percent? It is possible that Henry threw extra pitches at the facility after his evening was done however we cannot confirm that happened. Of course there could be other variable at-hand here.

The bullpen was lockdown for four innings to close the game and they won 6-2.

The Nats’ minor league system had an outstanding night despite the 2-1 record. 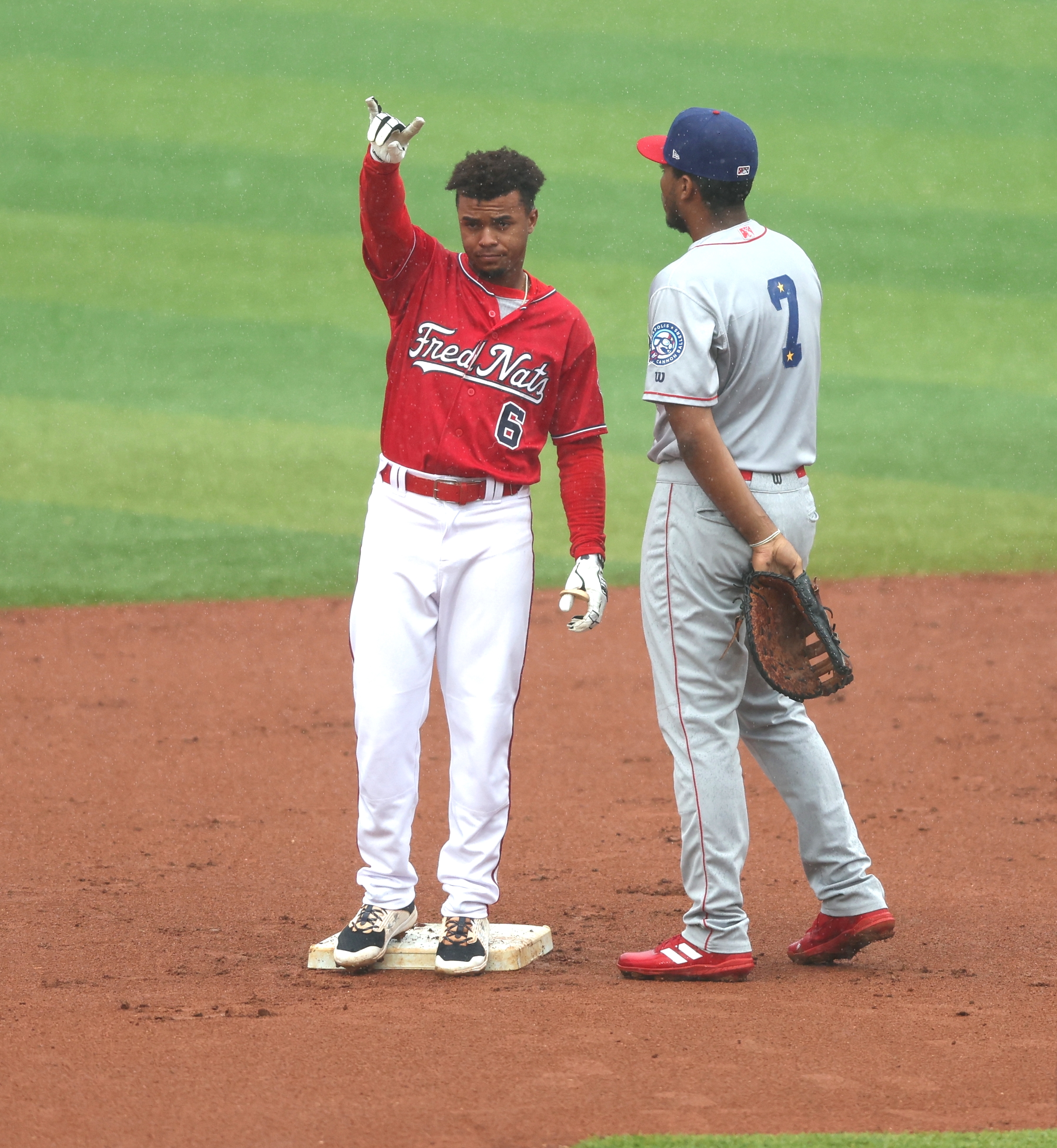 Viandel Pena is emerging as a star in Single-A; Photo by Sol Tucker for TalkNats