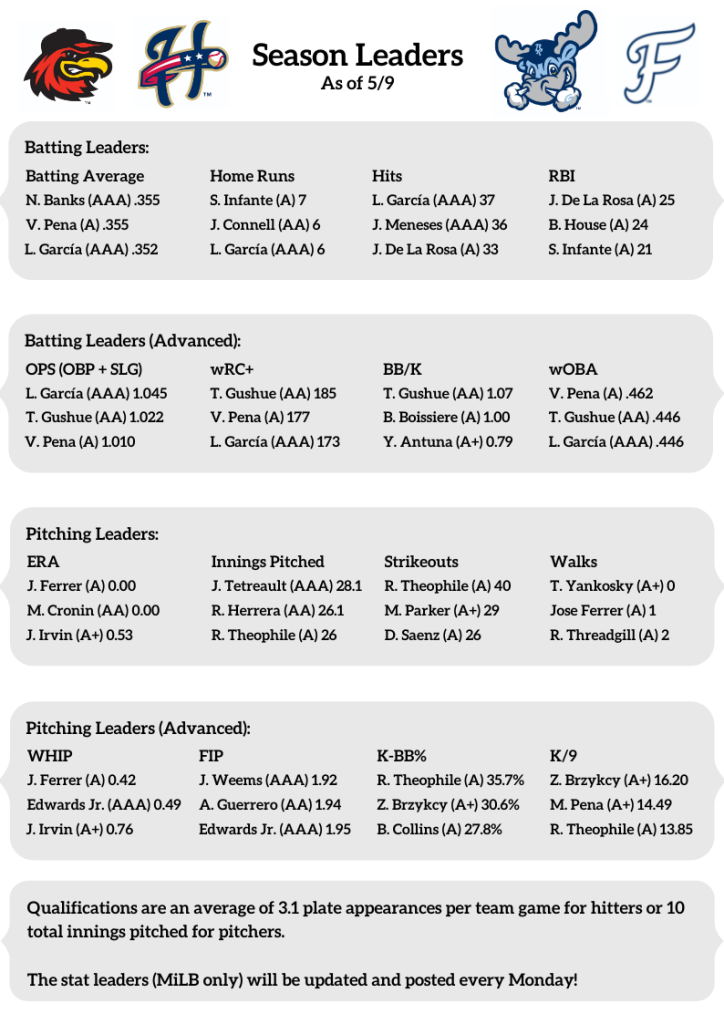 The minor league baseball season is entering week six and these are your stat leaders, so far.

There wasn’t much fluctuation on the leaderboard this past week because there were eight games postponed due to rain across the system.

Last week I mentioned that Luis García’s stats were so good, he was certainly headed for regression. Well, I was wrong as he actually increased his numbers – quite remarkable.

The other prospect making headlines, Brady House, remains in the top five for most stats (not shown) despite being placed on the 7-Day IL on May 4th. Staying so high on the leaderboards is very impressive considering he didn’t have an at-bat all week.

On the pitching side of things, the leaderboard is filled up by the same names as usual. Rodney Theophile continued his exceptional 2022 campaign with 10 strikeouts in his only start of the week. He now has a comfortable lead for most punch outs in the system.

Here’s to hoping for a rain-free week!