Game #27 This afternoon the Nats will complete their season series in Colorado! 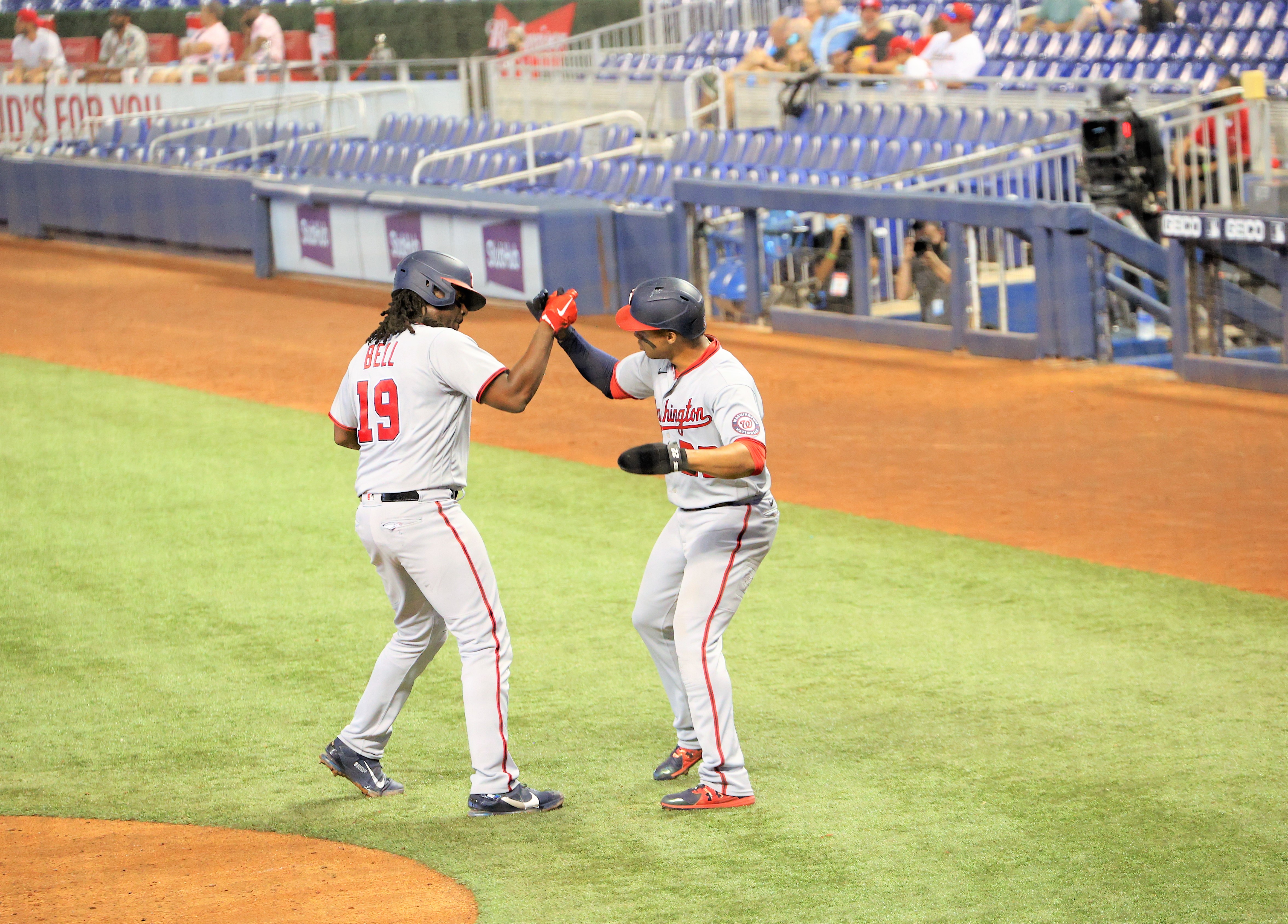 The word “complete” was an important word last night. Today, the Washington Nationals will complete their season series in Colorado. Last night, the Nats failed to put together their first 3-game winning streak. They still have a chance to win another series if they can prevail today.

The offense looked much better than the final score would indicate as the Nats rolled into four doubleplays in the game as well as to hitting into a lot of bad luck. Josh Bell was finally cooled off — but truth be told, he put four balls in play and was not rewarded for any. His BABIP, just like Maikel Franco, Victor Robles and Alcides Escobar,  was .000.

Speaking of Escobar, he made two errors in the game and the one in the fourth inning changed everything when he was gifted a tailor-made doubleplay ball that would have kept the score 1-0 in favor of the Nats. Instead, he booted it and the floodgates opened. Five runs scored (three earned) and that was all the Rockies would score on this night, and need.

For Patrick Corbin‘s complete game loss in 8.0 innings, he was mostly brilliant until that error and on the next pitch he served up a fat one to Jose Iglesias who knocked in two with a double. It was a frustration pitch that a veteran like Corbin should know better. Wipe out that inning and Corbin throws a shutout. Wipe out that error and Corbin throws a shutout. Corbin threw the 10th complete game loss in Nats history.