Checking in on Nats Prospects for Wednesday’s Games 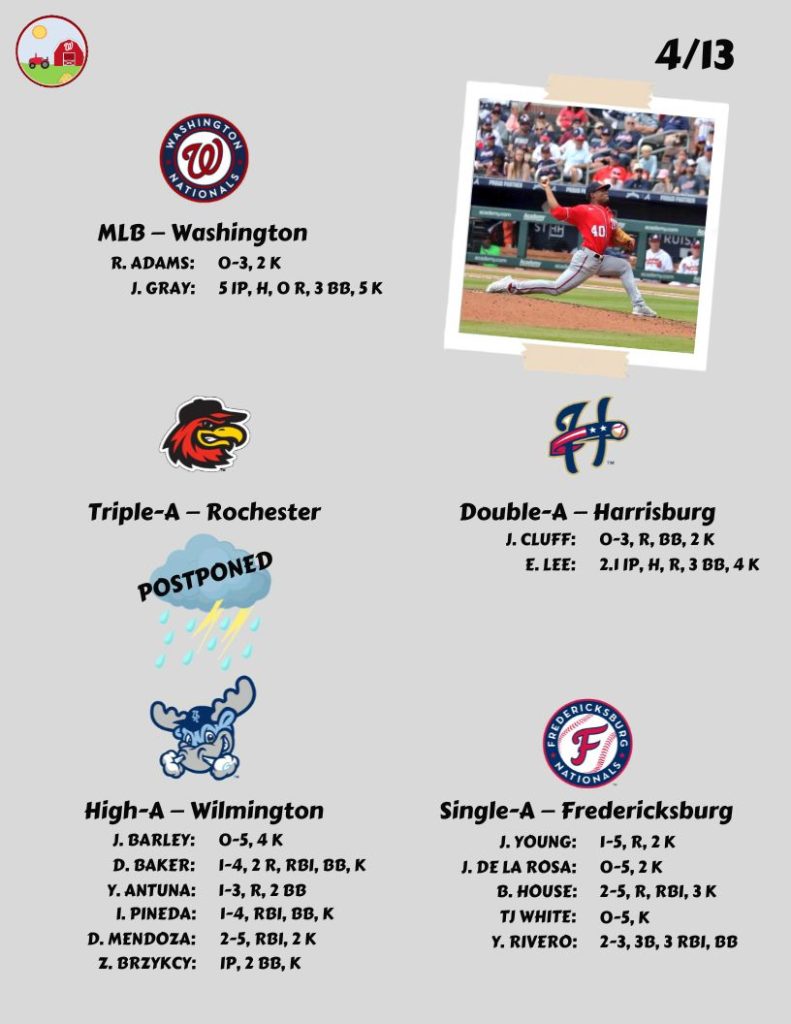 Looking around the Washington Nationals’ minor league affiliates and MLB squad for the games today, Wednesday, April 13th. Josiah Gray earned the win after hurling five innings of shutout ball with five strikeouts. Four of his strikeouts came via the swinging variety, showing that Gray had his swing & miss stuff. Most importantly, he kept the ball in the yard on a warm day in Atlanta.

Brady House notched his second multi-hit game in as many days at Single-A Fredericksburg, further proving that he can straight-up hit. In the same game, Yoander Rivero racked up two hits, three runs batted in, and a line-drive triple in the left center gap.

Evan Lee was solid in his first start of the season, tossing 2 1/3 innings while allowing one hit, and getting four of his seven outs by strikeout. Walks were somewhat of a problem, but Lee managed to limit damage.

Other than that, there wasn’t much going on. Cade Cavalli was slated to pitch for Rochester, but the game was postponed due to poor weather.