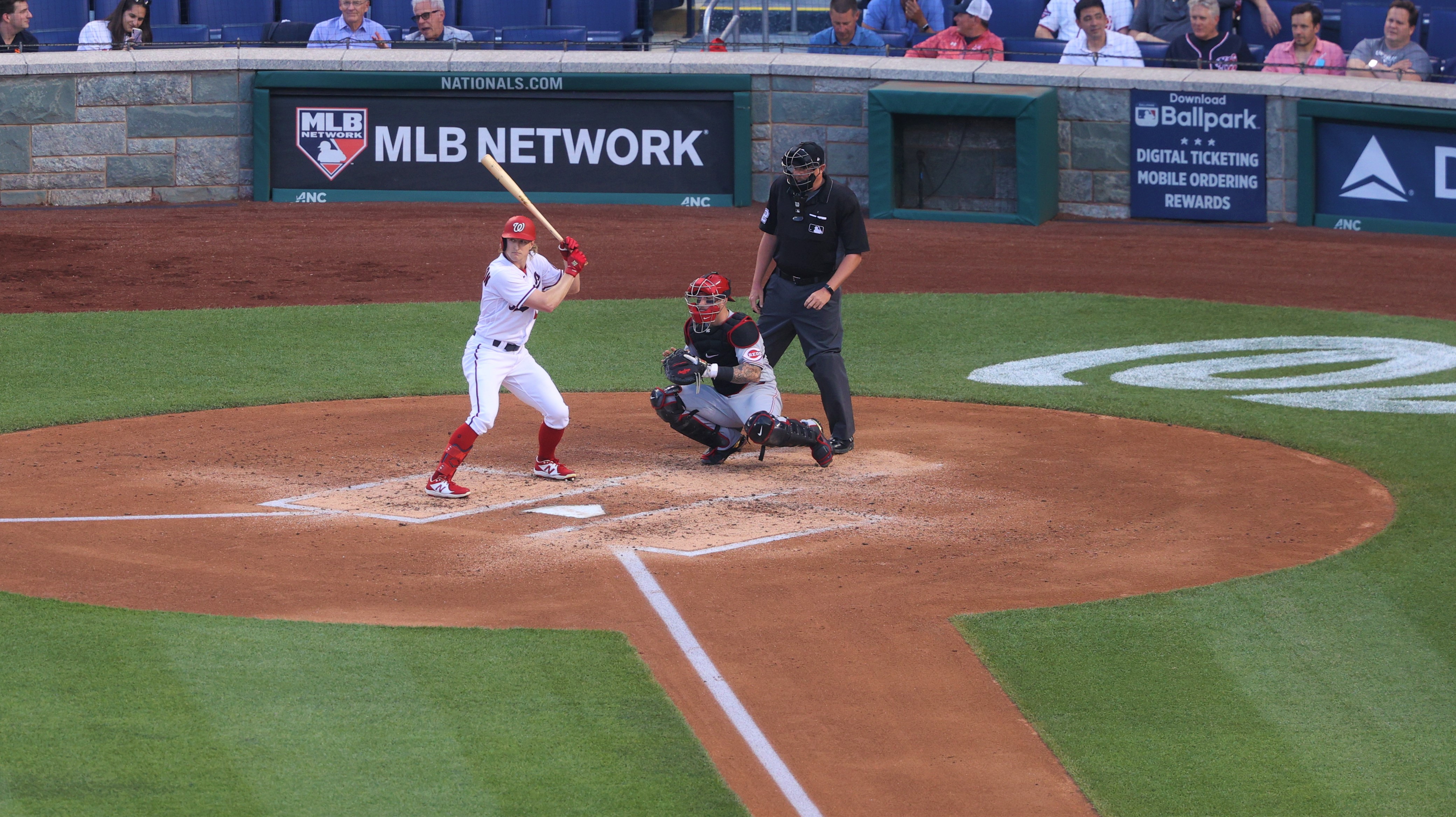 Just when you thought you had the Washington Nationals’ roster figured out, Andrew Stevenson, the veteran pinch-hitter was DFA’d, and reliever Tyler Clippard was sent to minor league camp.

You have to think this Nats’ roster is almost completed for what will be revealed for Opening Day which is just four short days away from today. There are just three remaining Spring Training games on the schedule and that includes this afternoon’s game. Wednesday is the travel day back to Washington, D.C. with the team charter leaving after Tuesday’s 12:05 pm game against the Mets.

General manager Mike Rizzo and field manager Dave Martinez named Patrick Corbin as the Opening Day pitcher for April 7. But without a surprise move for a player like Justin Upton who might be a free agent shortly, the team has to take 28 healthy players north.

In case you missed it, MLB and the MLB Players Association reached a quick decision to expand rosters from 26 to 28 players through May 1 due to the  truncated 3 ¹/₂ -week Spring Training. Martinez has already said he will use the two extra spots for pitchers so the 13 position players should be the roster that should stick when rosters are reduced back to 26 on May 1.

With the health situation, Stephen Strasburg and Will Harris will most likely start their season on either the 10-day IL or the 60-day IL. Utility man Ehire Adrianza strained his quad muscle and will either make the final roster or start the season on the 10-day IL.

It appears almost certain that the starting infield will be:

Starting catcher is easy, but the back-up is still not a certainty.

In the outfield, Martinez committed to Victor Robles as his centerfielder. So unless Upton is signed, or another strange twist, we think it looks like this in the outfield but never count out Gerardo Parra who is an NRI:

That leaves one spot remaining for a position player with Adrianza, if healthy, or a replacement player. Since Strange-Gordon can play both infield and outfield, it doesn’t necessarily have to be Luis Garcia or Lucius Fox added. It could be a third catcher, another outfielder, or a new acquisition as plenty of DFA’s will be happening this week as NRIs make rosters.

Speaking of NRIs, the Nats should be adding at least two with Franco and Strange-Gordon, and we will discuss the NRI pitchers like Anibal Sanchez, Victor Arano, and Jordan Weems.

The starting rotation will start the season without Stephen Strasburg. The fourth and fifth starters are up for debate.

The debate is over for now with Cade Cavalli (NRI) who was cut yesterday and you have to wonder if Erick Fedde isn’t recovered from his sore oblique if  Aaron Sanchez (NRI) and Joan Adon will make the roster.

The bigger question is when will Strasburg be ready and what he will look like on the mound in a real game.

On the bullpen, Martinez said he will carry 10 in the ‘pen through May 1.  Will Harris will not be ready to start the season, and as mentioned Tyler Clippard was sent to minor league camp yesterday. The relievers have looked awful this spring. Pulling from the bright spots is just a little from here or there as nobody has shined bright. Sean Doolittle is a fan favorite but he has done nothing to inspire hope. The newly acquired Steve Cishek has not been good, and Kyle Finnegan has been hit hard for most of his spring although he finally put up a clean inning inhis last outing. Victor Arano has looked the best in my humble opinion, but then again, who has he faced of star quality? Weems has looked good facing minor leaguers, and it is hard to say what he’d look like in a regular season game.

The closer role might go to Tanner Rainey, but it seems that even that will be up for grabs or in a closer by committee if there are any save opportunities. Why don’t you tell us the 8-man ‘pen with the two extras who the Nats should carry to May 1.

The final ten bullpenners should have four locks of Cishek, Doolittle, Finnegan, and Rainey. Add Paolo Espino if he doesn’t make the starting rotation. That could be five of the ten with the other five coming from Arano, Sam Clay, Hunter Harvey, Andres Machado, Patrick Murphy, Mason Thompson, Austin Voth and Weems.

A lot of moving parts and NRIs. After Stevo’s DFA, the 40-man roster is at 39 and some very nervous DFA candidates.