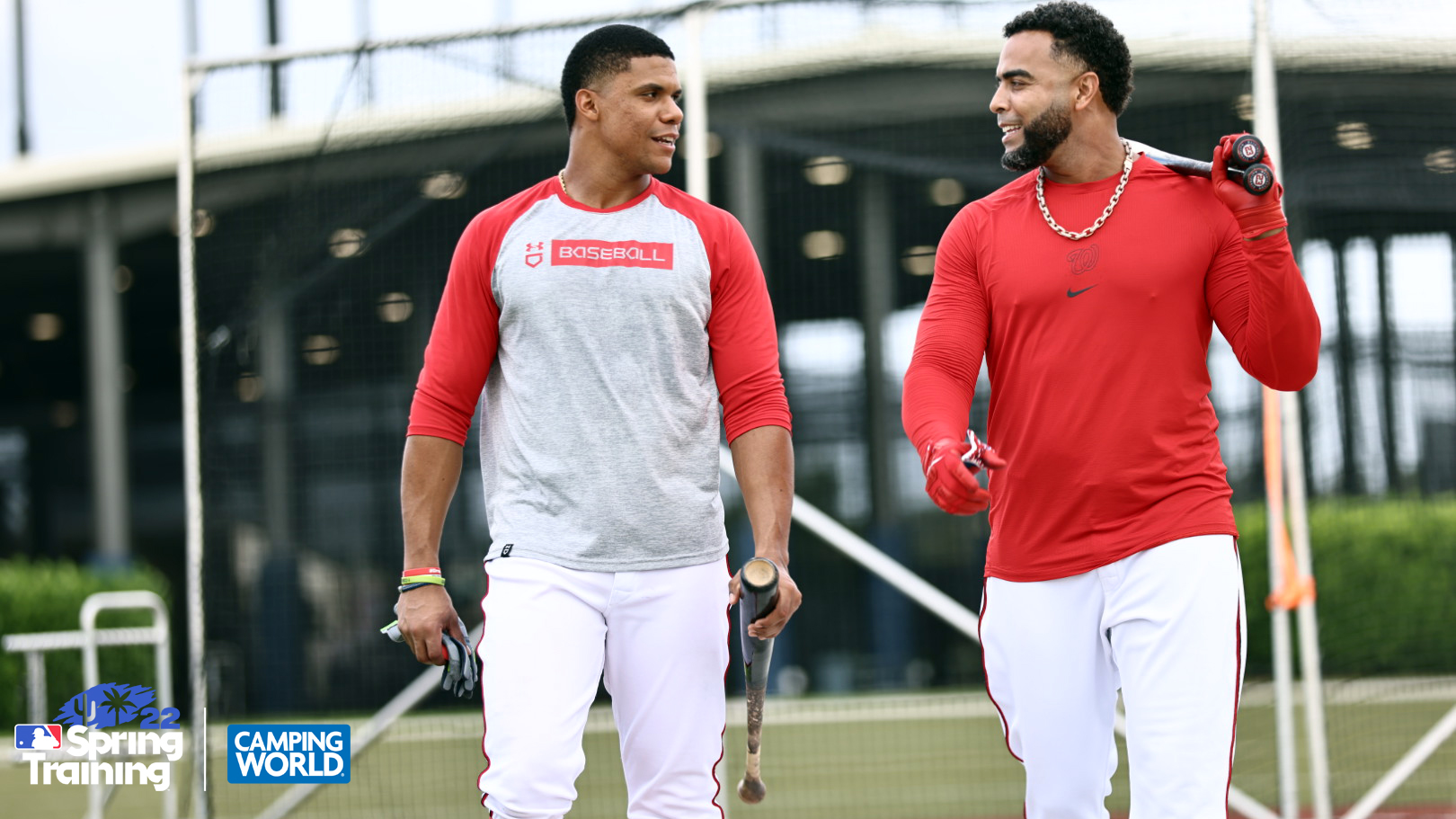 We have been debating the odds and ends of a potential Juan Soto contract extension for a long time now — and really there isn’t much more to say that hasn’t been covered. In that context I’ve been looking at our Washington Nationals’ roster trying to figure out what/who are the building blocks to go beyond 2022 which is clearly a transition year.

Yes, I am aware that some of the veteran players may still be around in ’23, but let’s be honest; Alcides Escobar,  Cesar Hernandez, and  Nelson Cruz won’t be building blocks for the future. It is debatable if even Josh Bell can be considered one of the building blocks for the next time the Nats sniff contention — since he would need an extended contract as the slugger is due to be a free agent in just seven months.  If all goes right, those players will be traded for prospects at the August 2, 6 pm ET, trade deadline.

What I have done is to come up with three lineup players who I feel are a reasonable start to that core, and it starts with and is dependent on a  Soto extension. If the Nats rightfielder is extended, you have a trio of current Nats in that core of Soto, Keibert Ruiz, and Luis Garcia leaving six positions open to be filled internally or from outside. Similarly, outside of Brady House, and Cristhian Vaquero — the hitting pipeline is fairly small (of course youngsters like Jeremy De La Rosa and Armando Cruz could blossom into major leaguers) but my point stands that the pipeline does not have the size and consistency that successful organizations should have.

The Nats have a contractual commitment to Stephen Strasburg for several more years, but his health issues make penciling him in dicey. Assuming Patrick Corbin leaves once his contract expires after the 2024 season, that leaves at least 4 open slots in the starting rotation. We have several potential young arms who could fill some of the open slots but knowing the usual failure rates the stable is probably not large enough.

The key has to come from player development from within, and the hopes that three of Cade Cavalli, Josiah Gray, Joan Adon, Andry Lara, Cole Henry, and Jackson Rutledge can turn into top of the rotation pitchers. Yes, easier said than done considering the last homegrown pitcher to turn into an All-Star for the Nats was Strasburg.

What this means is that the team must improve greatly in it’s drafting score and in developing players, both current and future, for the big club on an ongoing basis. You can’t count on landing a Strasburg-Harper-Rendon in consecutive years to set you on a new trajectory; that’s a once in a generation situation.

The Nats pick fifth in this year’s draft and in the top of the second round, and that should add two key prospects to the system for 2022. If the team is as bad as Fangraphs is projecting the Nats to be in 2022 as the sixth worst team, the Nats could pick at the top of the 2023 draft also.

But the other key will be to land one or two key free agents after this season to get this team back to contending, sooner than later. Let’s face it, spending big has been a Mike Rizzo and Lerner family strategy for a long-time that started with Jayson Werth back in 2011. Only once the entire machine starts operating smoothly can you bring in final pieces to ensure sustained contention ALA Max Scherzer.

Additionally, the team must continue to make savvy trade deadline moves like 2021 to increase the volume of prospects.

While the 2022 season looks bleak as a non-contender, we know that it’s not the same as contending annually — but it will be a fun ride regardless — it will certainly provide material to debate throughout the process.