When the window comes down…. 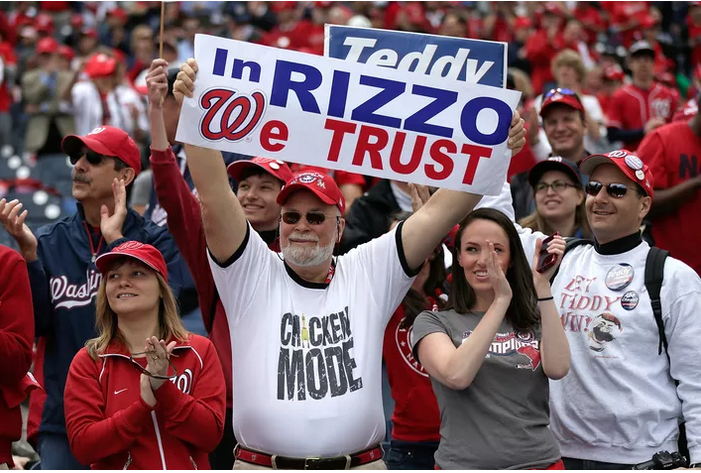 In the midst of the euphoria following the World Series win way back in 2019, the furthest thing from most of our minds was that the Washington Nationals’ decade-long window of championship contention was about to come down.

In retrospect there should have been sufficient warning signs that a pretty hard fall was coming really fast; remember the 2019 team got off to a horrific start that year on the heels of a pretty mediocre 2018, and the team’s biggest star had just left the building. But then, the magical and improbable run happened in 2019, a run culminating in the ultimate prize, and a run which fulfilled many of our bucket lists items that came with the hoisting of that World Series trophy.

Now, two full seasons later, including one with a massive fire sale, with the full knowledge (of everyone except the most optimistic fans) that the Nats are at best at an early stage of a substantial rebuild, I think it’s a good time to make an objective assessment of where we are, and how we got here. Also,  what the near and intermediate future look like.

When teams have a run as good as the Nats had for most of a decade it’s fair to judge the personnel decisions from that perspective, in other words teams bidding for championships year after year will generally trade prospects for what they perceive as final pieces. I’ve always looked at the Gio Gonzalez, Adam Eaton, and Sean Doolittle trades as normal, reasonable trades that contenders make. Looking at them out of context is something I dismiss out of hand (I don’t care how well Lucas Giolito is doing, Eaton helped us win a title…). Another side effect of sustained contention is the fact that your team drafts late most years, and you don’t normally land no-doubters in the draft where the Nats have been selecting players.

All of this does not mean that the Nats management is immune to criticism, if one wants to be fair — Stephen Strasburg, Bryce Harper, and Anthony Rendon’s selections weren’t the work of rocket scientists, rather the fact that generational talents fell to the Nats during their miserable years was more the luck of the combination of losing and timing than brains.

So then, who is the next great selection by the Rizzo administration after Rendon? Cade Cavalli? (Fingers crossed), Brady House? (God willing). That’s a lot of barren years between impact draft picks, and  I’m well aware of poor draft positions but even if the Nats got the 15th to 20th best players every year they would have built a much better farm than they had. The truth is that Mike Rizzo fell in love with the idea of selecting flawed players (health, attitude) with the expectations that their flaws would be magically eliminated. That has clearly backfired — and pretty badly.

The next issue is the reality that the organization as a whole has failed to develop players to where the entire operation was finally torn down. Year after year we see players under-perform the experts’ placements and year after year players who finally graduate show, they aren’t ready to perform at major league level standards. To make it worse several players led by Victor Robles have regressed horribly from promising starts to their careers.

The last piece contributing to the sudden window slamming is the fact that the Nats haven’t been able to keep their home-grown stars (other than Strasburg). With all the discussion about Harper’s personality, we are still talking about a 2-time MVP. The current conversation about Juan Soto is extremely disconcerting, The Nats just can’t lose him, or they join the likes of the Orioles and Pirates who develop players for the power houses.

So where are we, and where do we go from here? It’s not all bad. Firstly, Rizzo read our situation correctly at last year’s trade deadline and has infused some much-needed talent into the organization. Secondly, Rizzo stopped drafting like a river boat gambler, the last 3 drafts (at the top anyway) make sense. Lastly, he revamped much of the personnel within the player development system. Whether they produce as hoped is another story. Quite clearly the Nats recognized that they are behind the curve on player development and have made new hires accordingly led by De Jon Watson. One hopes these were good hires.

The haul the Nats picked up at last year’s trade deadline has moved our farm from 30th to 23rd on MLB Pipeline, so a long way to go at the talent level with the corresponding players at the major league level being so deficient in star power. So here is what I think needs to happen for us to return to the side of the optimal mountain (let alone the top):

Finally, since this could take a few years to accomplish even if successful, you have to ask if Mike Rizzo is the right man for the job? Is Dave Martinez? I’m not sure and I’m not sure the Lerner ownership group have anyone in place to evaluate. In any case we do have the 2019 title some of us have craved for a lifetime, and we do love our Nats!