What will the Nats roster look like on Opening Day? 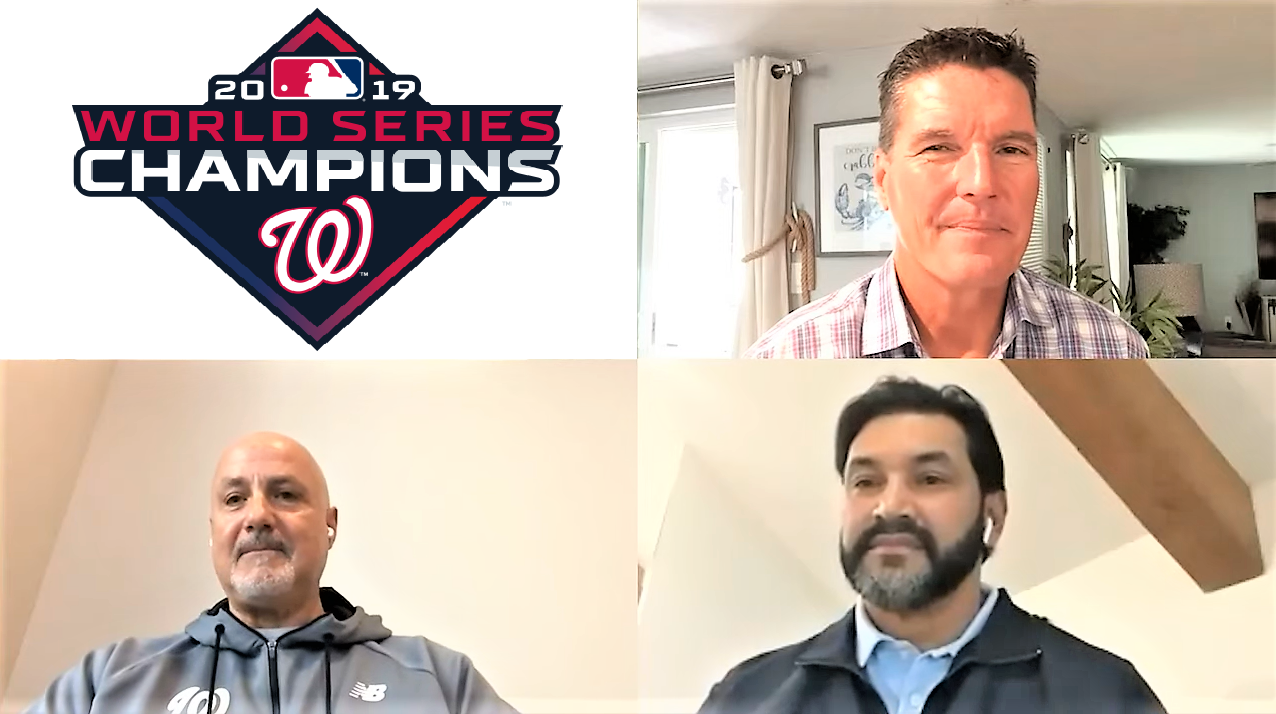 You have to think that the Washington Nationals roster is almost completed for what will be revealed on Opening Day which is just nine short days away from today. There are just six remaining Spring Training games on the schedule and that includes this afternoon’s game. Friday is an off-day on the schedule, and next Wednesday is a travel day. General manager Mike Rizzo and field manager Dave Martinez along with their coaches most likely have 23 of the 28 players chosen to be on their roster for April 7.

In case you missed it, MLB and the MLB Players Association reached a quick decision tot to expand rosters from 26 to 28 players through May 1 due to the  truncated 3 ¹/₂ -week Spring Training. Martinez has already said he will use the two extra spots for pitchers so the 13 position players should be the roster that should stick when rosters are reduced back to 26 on May 1.

Two position players to cross of the list are Carter Kieboom who is on the 60-day IL and Luis Garcia. Yesterday, the team cut the 21 year old Garcia.

“We’ve got to really understand that Luis is still very, very young,” Martinez said. “He’s learned a lot, and he’s been learning, he’s been maturing. He’s going to get an opportunity. And we’ll see – if he comes into spring training and he limits the mental mistakes, throwing the balls (away), his footwork, we’ll see where he’s at. … Look, I tell him all the time: ‘You’re going to play in the big leagues every day, but there’s a lot of little things that we want you to do.’ ”

It appears almost certain that the starting infield will be:

Starting catcher is easy, but the back-up is still not a certainty.

The outfield is the big question mark as it is the only spot where nothing is locked except for rightfield.

That is your 13 position players which includes the DH spot. The backup to first base appears to be Franco who has 15 games at that position in his MLB career. With Jake Noll as depth in Triple-A, he seems the more distant depth unless Riley Adams gets some work at first base which was something the team discussed last year. Also of note, that the team will have to open a 40-man spot for Franco and also Gordon if he makes the team.

If you believe in the eye test in Spring Training, Cruz is 1-for-19 with 5 K’s and of the 14 balls put in play, ten of them were pounded into the ground. Not much better for Bell who is 2-for-17, and Ruiz at least passes the eye test and is a hard luck 2-for-14. The offense has been awful sans Soto, Thomas, Strange-Gordon and Stevenson.

The starting rotation will start the season without Stephen Strasburg. The fourth and fifth starters are up for debate.

Sure, Cade Cavalli (NRI) is a long-shot and you have to figure the same for Aaron Sanchez (NRI) at this point. Joan Adon would be further back on the depth chart. The bigger question is when will Strasburg be ready and what he will look like.

On the bullpen, Martinez said he will carry 10 in the ‘pen. It sounds like Will Harris will not be ready to start the season, and we will see if Tyler Clippard will be ready. The relief corps have looked awful this spring. Pulling from the bright spots is just a little from here or there as there has been more shakey than bakey. Sean Doolittle is a fan favorite but he has done nothing to inspire hope. The newly acquired Steve Cishek has not been good, and Kyle Finnegan has been hit hard. Victor Arano has looked the best in my humble opinion, but then again, who has he faced of star quality.

The closer role might go to Tanner Rainey, but it seems that even that will be up for grabs or in a closer by committee if there are any save opportunities. Why don’t you tell us the 8-man ‘pen with the two extras who the Nats should carry to May 1.