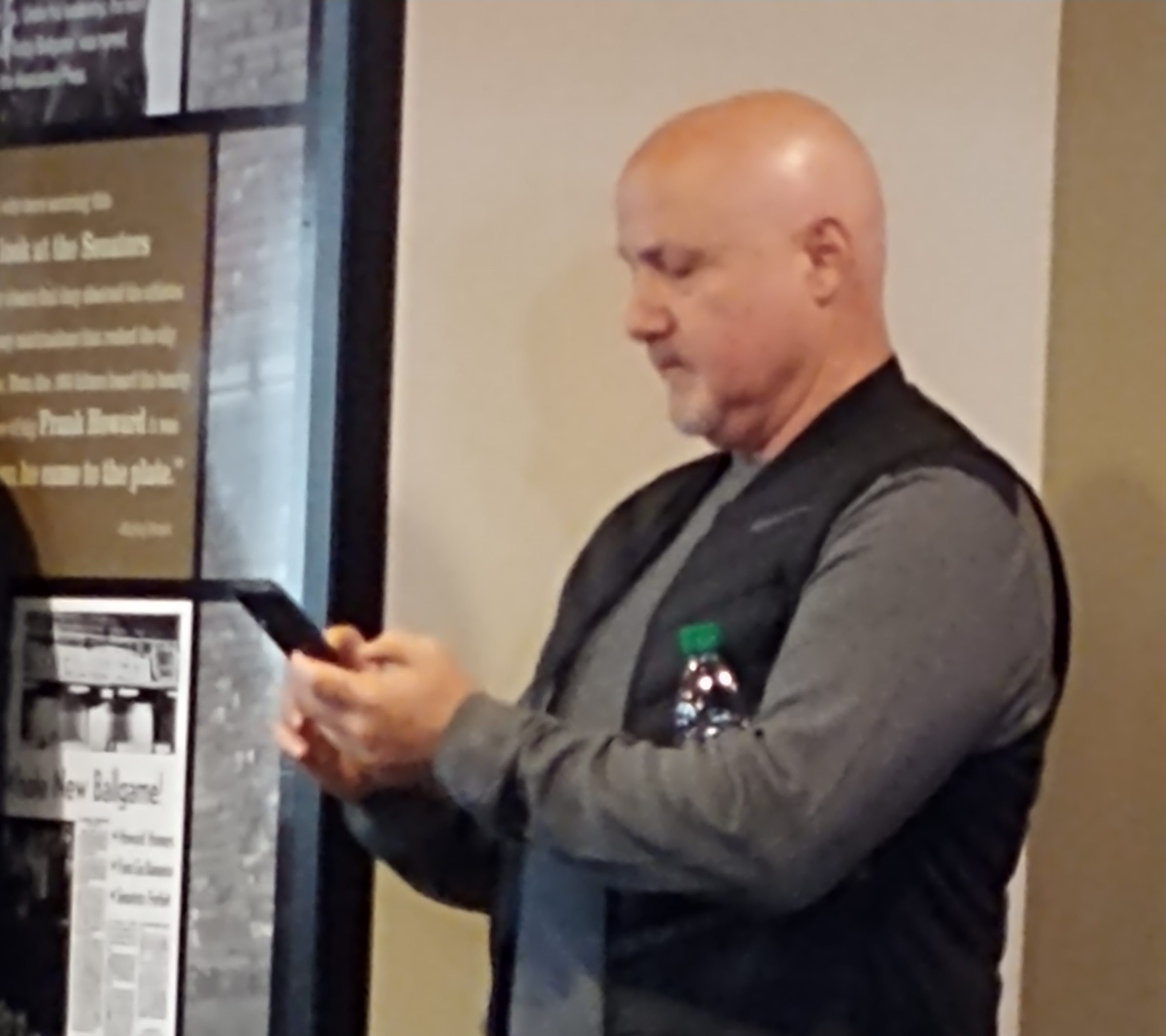 UPDTED:   Now that we have a new CBA, if you are general manager Mike Rizzo and want the Nationals to be competitive in 2022, pick two free agent players you would want to sign or get real creative and suggest a trade!

We’ve offered some opinions here. Feel free to criticize or make your own suggestions. The only rule is that you need not concern yourself with whether the two players are likely to sign with the Nationals. Just name two players and say why they could make the Nationals competitive in 2022.

I would pick two starting pitchers if I saw a top candidate. It is weak, and besides that, the Nats have to see which Stephen Strasburg and Patrick Corbin they have in 2022. It is quite possible if Corbin is as bad as he was in 2021 that they put him in the bullpen. To go back to Schwarber would strengthen that offense even further. He was a really good teammate during his time in Washington last year and he just seems like a good fit on 3-4 year deal. Kelly had the best WHIP of his career last year at 0.977 and is one of the few top names available who could be affordable for the Nats bullpen.

Grienke did not even make the MLBTR top 40 FA list. That means he likely won’t cost much. I make him a two year deal. That is his incentive to sign with a team that might not be a contender. He clearly still knows how to pitch and could also be a great mentor for the younger pitchers. And please don’t tell me that he isn’t better than Fedde, Voth, Espino, Rogers.

Bryant for the simple reason that he offers great flexibility. He can play the outfield if either of Thomas or Robles does not work out. And, obviously, if Kieboom continues to be a bust, he can play third. It seems to be beyond debate that at least one (if not more) of Thomas, Robles will show they don’t belong in the show.

I’m spending my money on bullpen arms. Hopefully this time Jansen is willing to leave the Dodgers. While I could see Mike Rizzo making many different moves, I hope he spends money on the pitching. Watching wins turn into losses at the hands of the bullpen is tough to watch and the Nats bullpen did it for a record 42 losses in 2021 with a 5.08 ERA and 1.440 WHIP. The bullpen needs serious help and I believe Jansen and Kelly would help in transforming it. If you carry 8 relievers in your bullpen, bringing in 2 major upgrades is turning over 25% of that bullpen and that is significant.

Let’s get real here: The Nats are going to face a very, very tough road in 2022 if they want to contend (assuming there’s a season). But there are players out there Mike Rizzo can and should sign who can really change the conversation around a team many have written off less than three years after they hoisted Rob Manfred’s piece of metal. Suzuki is a Japanese phenom with one of the sweetest right-handed swings you’ll ever see. He turns 28 in August. Rodón was the White Sox ace of the future, then he battled some injury issues and underperformance, then he came roaring back with a 2.37 ERA in 2021. He turns 30 in December.

What the Nats need to do is start putting together a new core. Suzuki and Rodón aren’t the only guys out there who can be a part of that — Kyle Schwarber comes to mind, and he’d also be an excellent fit — but they would fit well on the roster and would likely be cheaper to sign than many of the more established free agents out there. That makes these two relatively low-risk, high-upside acquisitions with an eye on the future. Even if the Nats don’t contend in 2022, no doubt Mike Rizzo doesn’t intend to wander in the wilderness for too long before his team is relevant again.

Forensicane – Zack Greinke and Kenley Jansen – Maybe it’s not fair to say that I think the Nationals will sign more than two free agents, but Rizzo is a tinkerer, and there are those who will feel a greater urgency to sign. So I think that we will see several signings by the Nats that exploit a sense of urgency that players will have to get situated and get into training as quickly as possible to be in game shape. I had to pick two for this exercise, so let’s start with those.

Everyone knows that Rizzo believes that championships are won and lost with starting pitching. The team has lost Scherzer, and let’s not kid ourselves, Strasburg, and has to get to a place where the season does not start off with a record so dismal that they cannot pull out of. Zach Grienke is a former top of the rotation starter who is now affordable, has pitched well on the stage of the World Series, is someone Rizzo has coveted for years (like Denard Span and Daniel Murphy), and has the veteran presence that can mentor the younger arms coming up.

The team needs a proven closer. Jansen is that, and a champion. Addition of Jansen is also subtraction from the Dodgers. As bad as the bullpen was in holding and closing, it’s an easy case Rizzo can make to completely reconfigure that pen and add to its depth.

That noted, I think the Nationals will sign more than one reliever, and can envision Colin McHugh and Andrew Chafin as well. At this time last year, we did not see Brad Hand coming. I don’t think Hand’s struggles or Harris’ injuries make a Jansen signing less likely, because the bullpen became so bad that something has to be done. And I think that by waiting out the market and sifting through the leftovers, the Nationals can manage their budget for a bigger signing.

An outlier to all of this is Schwarber, of course. His offense in DC was so transcendent and game changing, and his impact on the box office tangible, that the club could pony up. But if I have to go with two, I’ll stick with Grienke and Jansen as my headliners.

The pickings are slim as you can see on MLBTR’s ranking list of the remaining free agents. The Nats aren’t going to be signing Carlos Correa or Freddie Freeman, although many Nats fans want Freeman. While Kris Bryant is always the guy Nats fans have debated for years, there he is still available — but he is a Boras client and for that reason, I just don’t want to deal with the drama. I’m a big Nick Castellanos fan, but I think he will be more expensive than Schwarber and he has that QO attached to him, and that is why I passed. I like the suggestions, and I do see Rizzo spending big on one player who can excite the fan base. Two good players would be even better.

The Nats one-time made the largest offer to Jansen when he was a free agent the last time, and that was corroborated by his agent at Wasserman, and Jansen went back to the Dodgers for less money. The Nats might make another run at him. Could the Nats dip back into the international markets for Seiya Suzuki? That would be an interesting move too. I am sure others have their ideas too.

While the MLB owners and the MLBPA’s players spend another day of negotiating, we inch closer to the blockade lifting and teams scrambling to fill the rest of their rosters. We could see a mad dash while Spring Training is in motion like we have never seen before.

This entry was posted in Feature, RizzoForADay, Roster. Bookmark the permalink.
← Previous Article | Next Article →