Re-ranking the Washington Nationals Top-15 prospects and how the analysts grade the farm system! 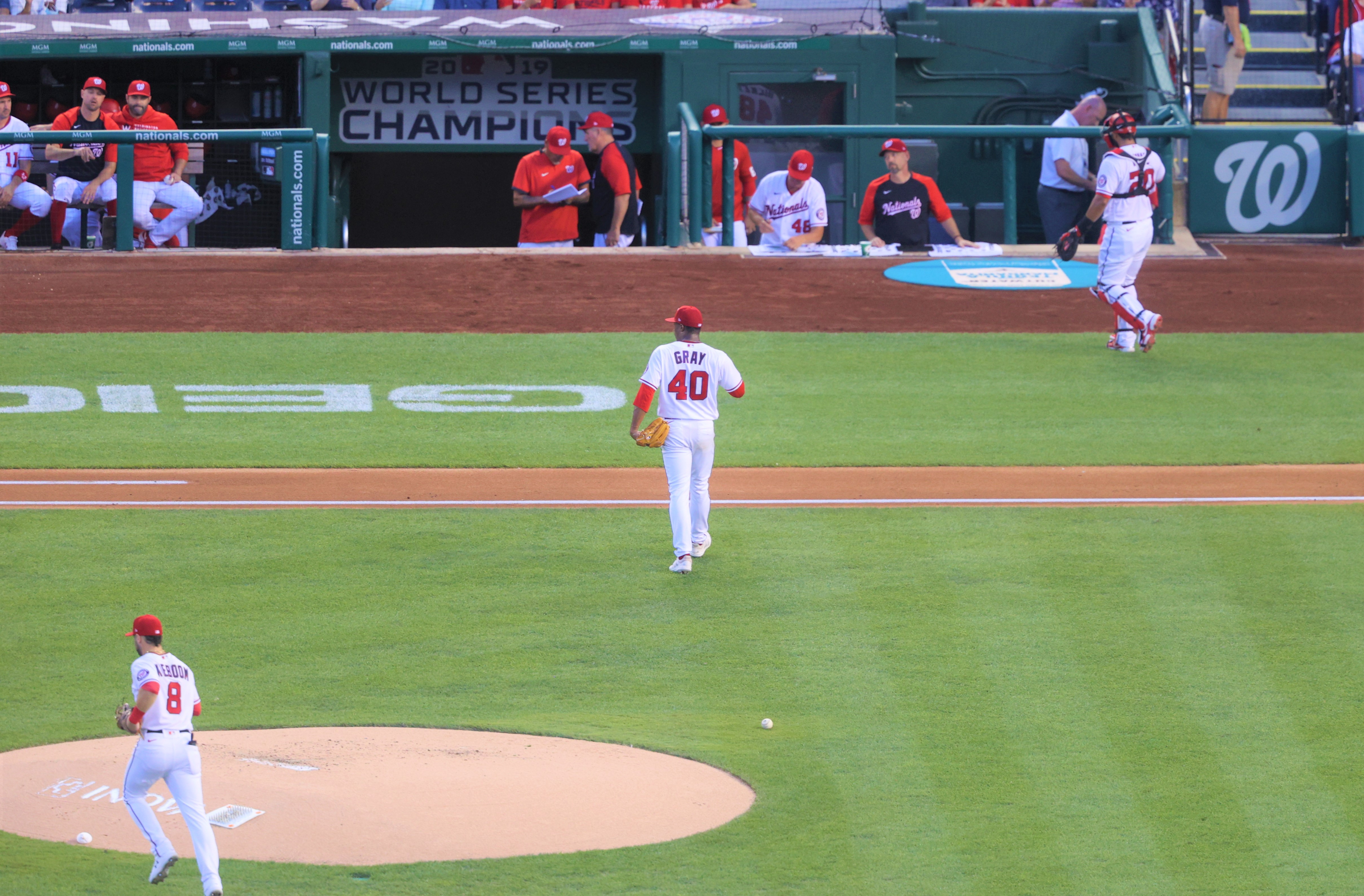 Youth on display; Photo by Sol Tucker for TalkNats

After the official signings of the international prospects, the Washington Nationals added ten players to their farm system. Those ten players, two from Cuba, seven from the Dominican Republic, and one from Panama, will join the Nats at their Dominican Academy at some point this year. Those prospects range in age from 16-to-18, and it is the 17 year old Cristhian Vaquero, aka The Phenomenon, who garnered most of the attention over the weekend.

As we look at the rankings, we have named Vaquero as the №4 prospect in the Nats system. The two most prominent rankings are from Baseball America (subscription required) and MLB Pipeline, and they have some distinct differences at the moment. MLB Pipeline does not have Keibert Ruiz in their rankings while Baseball America does. Both have Josiah Gray as graduated. Neither has ranked Vaquero into the Nats’ Top-10 at this point. In the December rankings on MLB Pipeline of all MLB farm systems, they bumped the Nats system up to №20 overall and keep in mind that they are not counting Ruiz in their rankings, or Vaquero. At Baseball America, they had the Nats ranked at №20 and just moved them back to №26 with no explanations as to the decline. The usually pessimistic Keith Law, ranks the Nats as the №27 farm system in his report this week at The Athletic.

The truth is, even with adding Ruiz, Vaquero, Brady House, Daylen Lile, Aldo Ramirez, Gerardo Carrillo, Donovan Casey, Drew Millas, Seth Shuman, Lucius Fox, Jordy Barley, and Richard Guasch in the past year, the farm system is still very top heavy and suffers from years of questionable draft choice and poor player development. The excuses of blaming the poor rankings on players who were traded during the playoff runs — is no longer a valid excuse because none of those key players traded by the Nats for Sean Doolittle/Ryan Madson, Adam Eaton, and Yan Gomes are considered to be prospects at this time.

Even with the dozen newer players  who were added in the last year that we have included in the our Top-30 prospect rankings, this would not be a top farm system ranking in the upper half of MLB’s thirty teams. Whether you believe the Nats have the 20th best farm like MLB Pipeline, that still is not good for a team that is in a rebuild.

At some point, other players have to step up to push this farm forward, hence giving this team a better shot in the future to build from within. Remember, the 2014 Nats playoff team was built on mostly homegrown talent and players the Nats traded for as prospects (Wilson Ramos and Tyler Clippard) and long-shot (Tanner Roark). Think about that team with Nats’ draftees Stephen Strasburg and Jordan Zimmermann, along with Roark anchoring that rotation with 2012’s big trade acquisition Gio Gonzalez. The infield was all home-grown with Ryan Zimmerman, Ian Desmond, Danny Espinosa and Anthony Rendon. The outfield had their Nats’ homegrown youngster Bryce Harper, and it was Ramos at catcher. The bullpen had Craig Stammen, Drew Storen from their farm, and Clippard as the back of the bullpen. The team’s biggest free agent on that roster:  Jayson Werth.

This is the troubling part to foresee enough of these prospects who could be integral parts of the Nats next run at a pennant. You hope Ruiz, House, Cavalli, Vaquero and a couple more are future stars and part of the new core. Maybe Ruiz will be better than Ramos, and House could be better than Desmond, and Vaquero grabs the reigns as the best centerfielder in Nats history, but besides Cavalli and Gray — how will the Nats build that killer rotation?

After the top-3 and giving all the respect to the evaluators on Vaquero, this Top-4 is elite, and for the rest, they have to show it. We dropped Yasel Antuna down on the list, and Jackson Rutledge has to stay healthy and productive to get back to the top of the prospect rankings.

The good news on the 22 year old Denaburg is that he began throwing from the mound yesterday in West Palm Beach.

This is the video of the #Nats 2018 first-round draft pick, Mason Denaburg, back to throwing in West Palm Beach. https://t.co/tZOM25fmXI

While Cluff and Tetreault are both 25 years old, the Nats still have prospect status on Jake Noll, and he is now 27. Noll hit .300 last year at Triple-A Rochester, and should get an opportunity in 2022 to play again for the Nats. With De Jon Watson in charge of player development under general manager Mike Rizzo, we hope to see at least one of these hidden gems emerge as a future star.

There is plenty of debate as to the placement of players in prospect rankings, and there should be. Keep in mind that Juan Soto was never the Top Prospect for the Nats as Carter Kieboom topped that spot in Baseball America rankings. It is always interesting in hindsight to take a look back at these lists.