Point-CounterPoint: The Facts and the Fictions of the DH 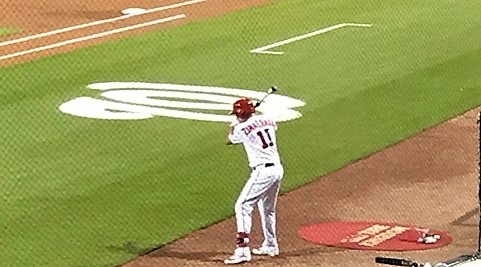 It has been stated as a given that the current CBA negotiations will almost certainly lead to the implementation of the Designated Hitter. So let us take a look at the arguments for and against the universal DH:

Just based on this list, it appears to be a no-brainer that the universal DH is a good idea. But not so fast – we need to look into each of the above in detail. Are the arguments being made Fact or Fiction. And some of these play off each other; lets discuss this.

Consistent rules in both leagues

Steve: I would like to see no DH in baseball. I want that parity between the leagues.  But baseball wants more excitement and that will translate to a universal DH. I’ve given up on fighting it.

Don: There are a lot of us who agree with that. And this argument goes both ways – it could also be used to argue for no DH in either league. But there is no way that happens.

No one likes to see pitchers hit

Steve: I must be in the minority because I still remember Dave McNally hitting that grand slam in the World Series (I hope I got that factoid right) and watching Livan Hernandez bunt and Max Scherzer running the bases is great to see. But I get it. 85% of pitchers batting sucks.

Don: And I still remember seeing Livan call his shot.

And the bottom line is that pitchers do not have that many PAs anymore. As the table illustrates, there are roughly 4 PAs per game by pitchers – and that is for both teams. Seems to me that a fan ought to be able to deal with their team’s pitcher having 2 PAs – especially since they can surpise us. Note that these numbers exclude Ohtani PAs.

It creates more jobs for players

Steve: Right. I love the chess game of NL baseball.

Don: Unfortunately, that is the case. I wonder if NL managers want this because they no longer will have the tough decision to pull a pitcher if he is due up soon.

I’d prefer something that adds strategy to the game. For example, the Designated Pinch Hitter (DPH). The player who is the DPH is designated at the beginning of the game. He can hit for anyone. The player he hits for has to be replaced; but the DPH can pinch hit again later in the game. It will need some limits – something like no more than once per inning; no more times that the number of times the lead-off hitter has come to the plate. So a manager has to decide about saving them for late innings. In my opinion, from the perspective of both sides the DPH has all the advantages and fewer of the disadvantages of the DH.

Don: Is there any doubt that these contracts would have never happened if there was no DH?

All of these were AL teams. Teams with the DH.

What do the owners not get about the DH allows, even encourages, them to be stupid in offering long term contracts like these contracts.

And what do the players not get that these are dollars that could be distributed to other players who are in their prime or just coming up to the big leagues.

Steve: When those legs go, the DH saves these players who can’t play leftfield or first base. It is like that extra insurance policy for these long-term contracts.

Steve: That is the overriding argument plus less injuries (to pitchers) and a slightly quicker game.

Don: More offense is the main point advocates bring up. The problem with this argument is that it is questionable at best. I looked at the Game Day data (regular season only) for 2018 thru 2021 to compare the DH to no DH. I grouped the data based on the home ballpark – all games in an AL park are DH and all the games in an NL park are no DH.

Before I include the results, a disclaimer. The Game Day data changes from year to year and there are some differences between what I have downloaded and what, for example, you see for comparable results on Baseball-Reference. And I did some spot checks and the differences are pretty small (a little bigger for 2018 – but not enough to impact any interpretation).

So here is the expanded slash line to compare the DH to no DH. I added Home Runs, but not the other types of hits and more HRs is, supposedly, the advantage of the DH. And as everyone knows, we had the Universal DH in 2020.

So, the upshot of these numbers is that the DH does add a bit of offense. Not much however.

For example, let’s look at how many more hits, runs and HRs there were in DH games.

So, yea, the DH adds a lot of offense I say sarcastically.

Readers can do the same arithmetic for other years or for the overall numbers for 2018, 2019 and 2021. To make it easier for folks who want to do that, here are the totals excluding 2020.

Steve: I think these numbers will surprise many people in game play with and without a DH. The specialty pinch-hitter and the sac bunts impact this along with the fact that most pitchers get up to the plate only 2-3 times per game in a non-DH game.

Don: Negotiations include both objective and subjective issues. The offensive numbers (yes, a double entendre) on the DH are objective. My view that the added offense by the DH is inconsequential is subjective. I just don’t understand why both sides want the DH. The main argument for it, more offense, is fiction – an artifact of years ago when it probably did add significant offense. It results in more delays due to mid-inning pitching changes; eliminates late game strategy; and selectively allocates big chunks of salary to older players – roster slots that could go to younger players – thus allowing them to get to the big leagues sooner and become free agents sooner. The DH is just a loser all the way around In My Opinion. But, unfortunately, the Universal DH will be a reality.

Steve: I want league parity. I don’t like different rules for the AL and the NL. We fought this battle for so long and both MLB and MLBPA want the DH making it almost a certainty. I will miss that double-switch by a manager to remove the pitcher and the debate in the 5th inning if you should PH for the pitcher at a certain point in the game. That strategy set managers apart or as Jim Riggleman once said that some manager are playing chess and others are playing checkers.

This entry was posted in Analysis, Point-CounterPoint, Roster. Bookmark the permalink.
← Previous Article | Next Article →